Last night we stayed in Buon Jun village and it was awesome. Not the best night’s sleep but a true experience. The sounds all night from the buffalo, pigs, dogs, and chickens was like listening to Mother Nature’s iPod, and I had a real sense that I was definitely making the most of this homestay. 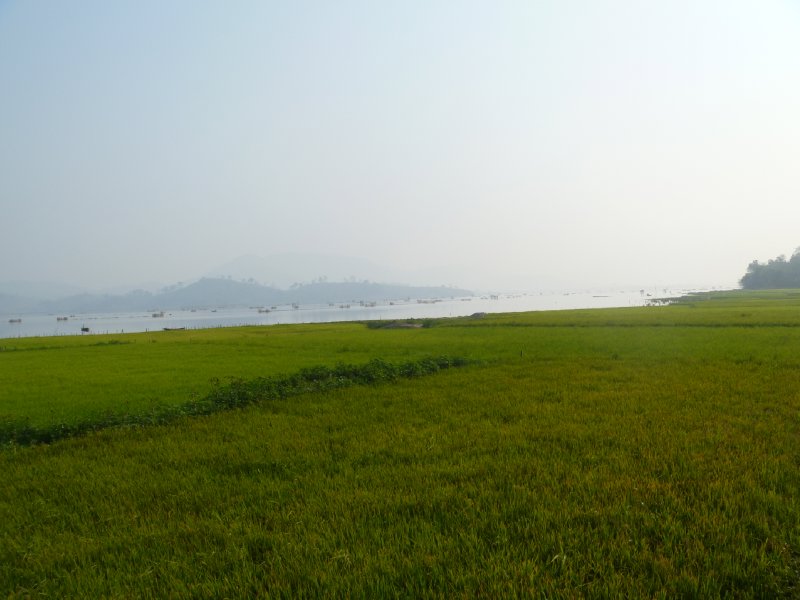 The morning began with breakfast at a little café outside of the village as we watched elephants and their mahout’s pass by. 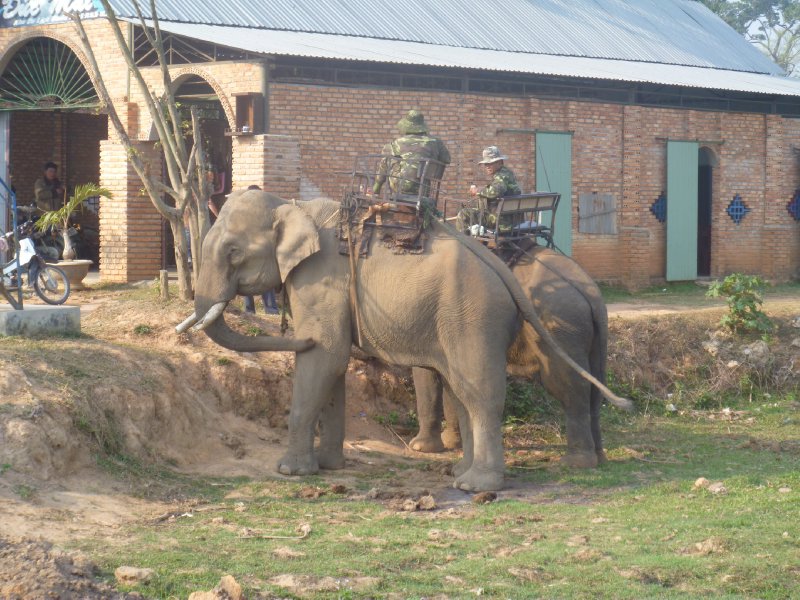 After our bellies were full of rice we headed out for the day. First stop was a brick factory. It was surprisingly run by mostly women but they were churning out huge amounts of bricks! How it works is they dig up heaps of clay from nearby and throw it into a pressing machine that spits out the long wet brick, and then the brick gets a fancy insignia rolled onto it and is cut by string into smaller more manageable sizes. The video gives you a better idea than me trying to explain it. I’ve never seen bricks get made, maybe this is the standard way, either way it was pretty cool. 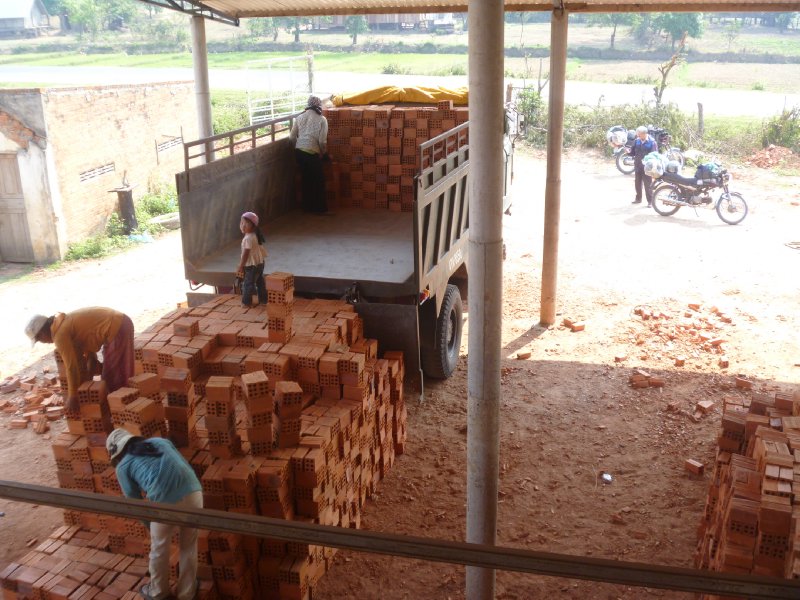 Just down the road from the brick factory is the ancient Giang Son Catholic Church. Apparently during the war it was a big beautiful hideout for the Vietcong so the Americans bombed the shit out of it and only the front of the church survived. Now it just stands as a relic amid the rice fields. 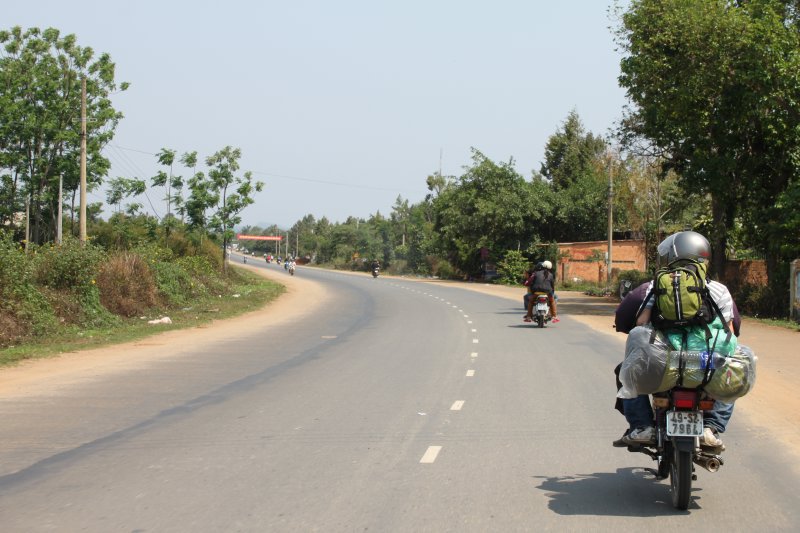 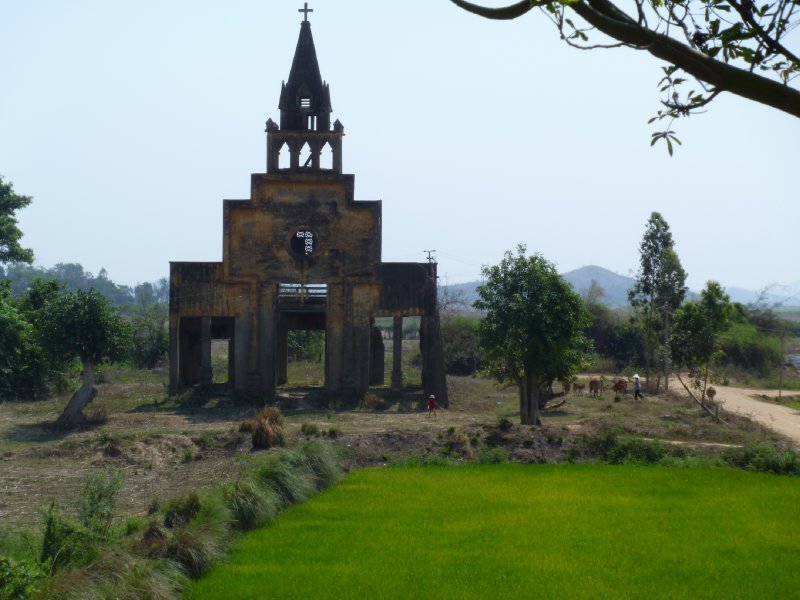 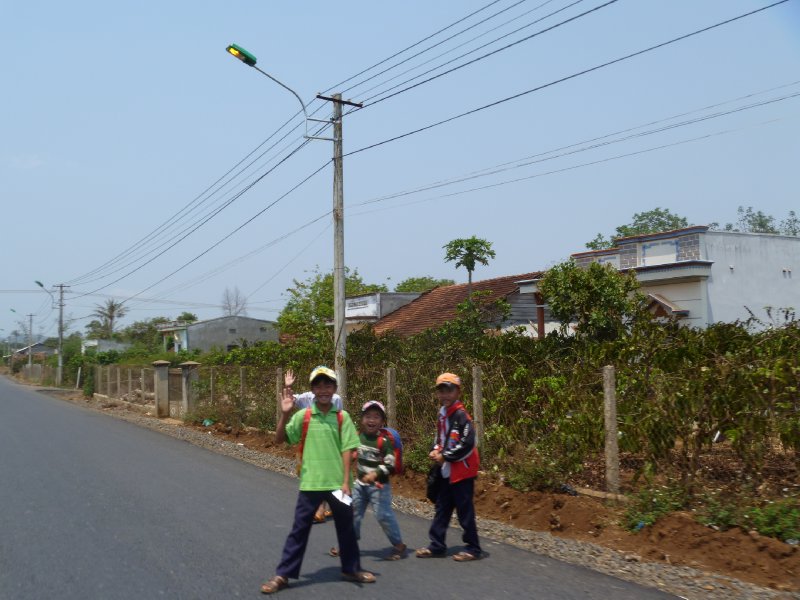 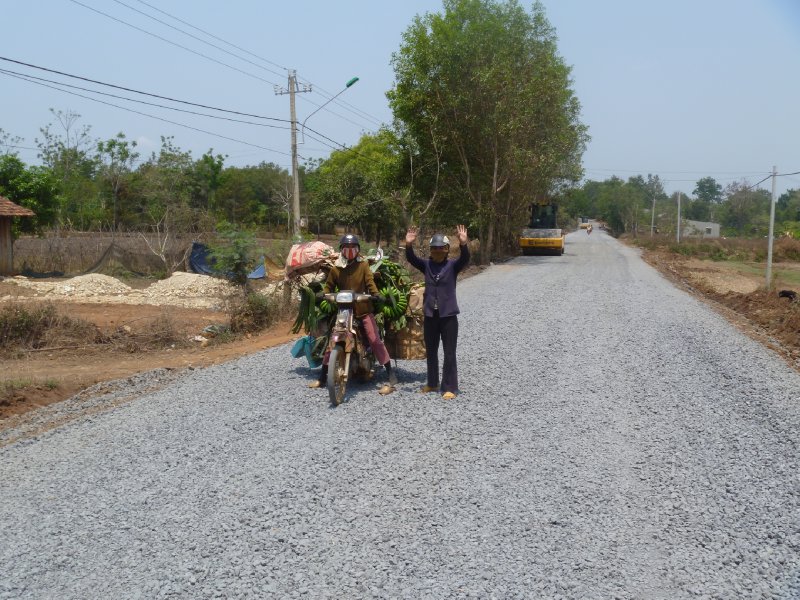 ^^ These two ladies fell off their overloaded bike and thought it was hilarious, so I took a photo

A little further down the road we stopped and visited a sugar and mushroom producing family. During our time looking at the sugar being produced I noticed one of the family members slowly walking behind us before re-joining the rest of them sitting around the table, then the next one would stand up and nonchalantly wander behind us. When the next person did it I thought something was suss and watched her out of the corner of my eye. Turns out what they were doing was one-by-one walking past and admiring Kirby’s white skin. When we were leaving one of the girls came over and told Kirby that her blonde hair and white skin was stunning and she was very beautiful. Blushing occurred. On a side note – you have to be really careful what skin creams/sunscreen you purchase while in South East Asia as it is common for them to contain bleach to whiten your skin. 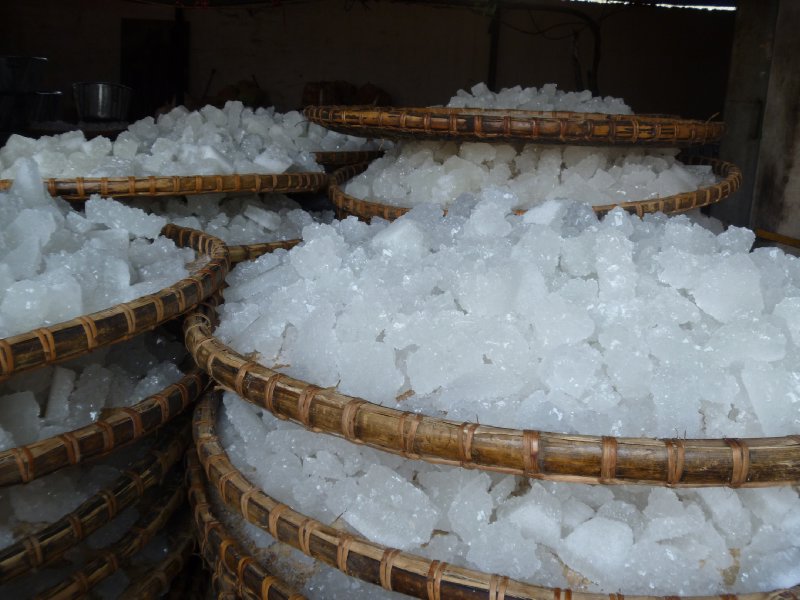 ^^ Sugar! Hiep and TiTi grabbed a big block for us both and were like 'try it' so we were walking around suckling on a huge chunk of sugar, my pancreas hurt. 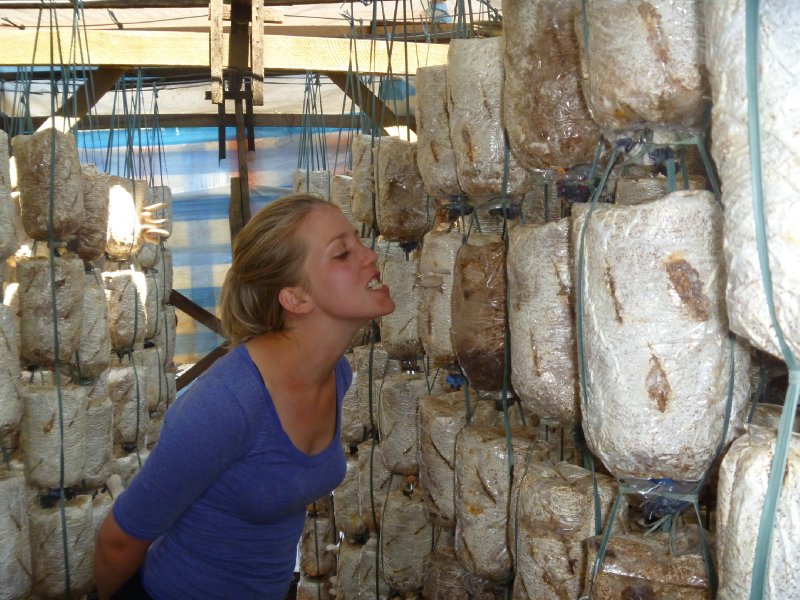 Back on the bike for more riding through the beautiful countryside before we entered Eatling National Park. A striking, protected, open-woodland full of waterfalls and swimming holes. We visited Gia Long waterfall and then headed off to cool down. Getting to the waterhole was a challenge in itself. Hiep and TiTi wanted to take us to a swimming hole that we would have all to ourselves and that meant going a bit off the beaten track. Turned out we had to descend down the side of the hill/mountain before reaching our oasis. It was heaps of fun but a bit scary as a fall could result in some serious damage in a remote location. But since I’m writing this we didn’t die 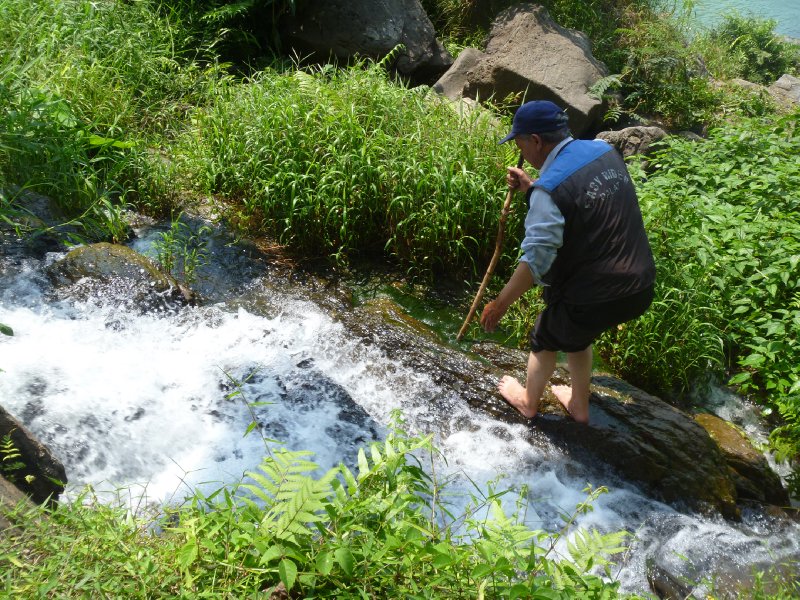 ^^ Hiep guiding us to the water hole, haha 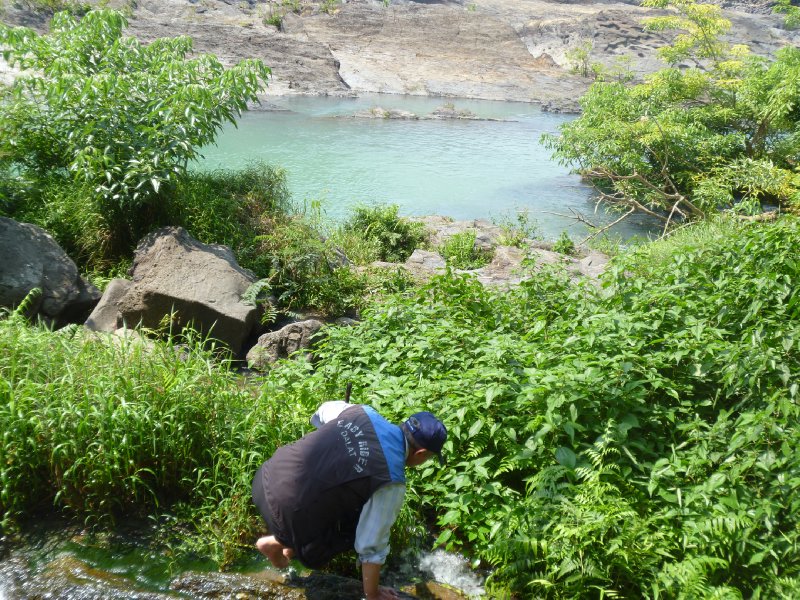 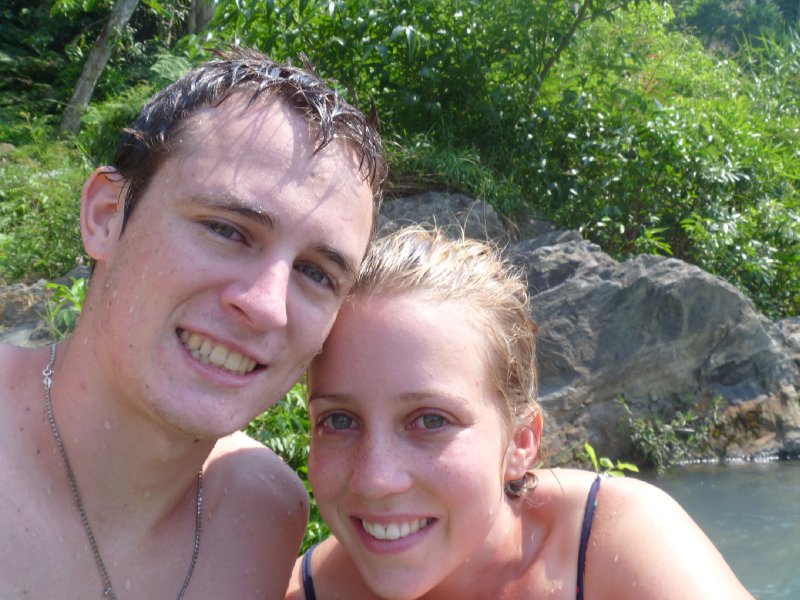 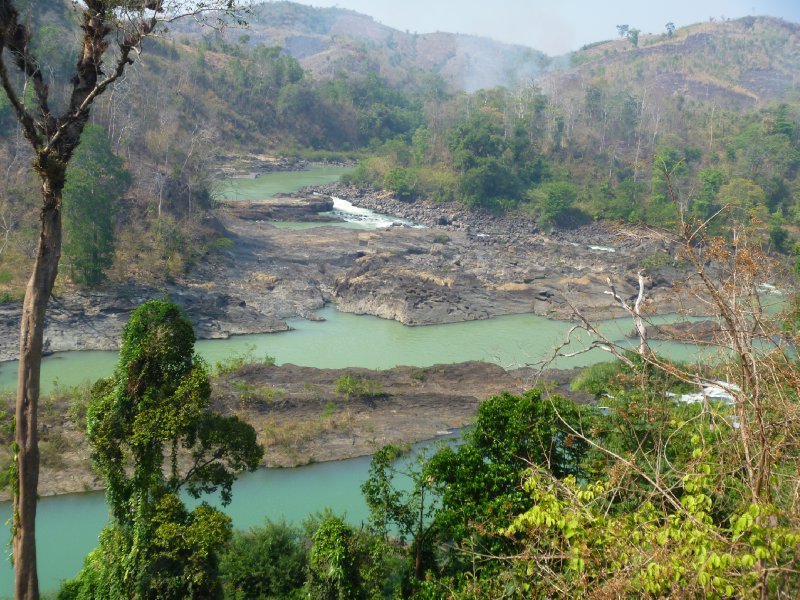 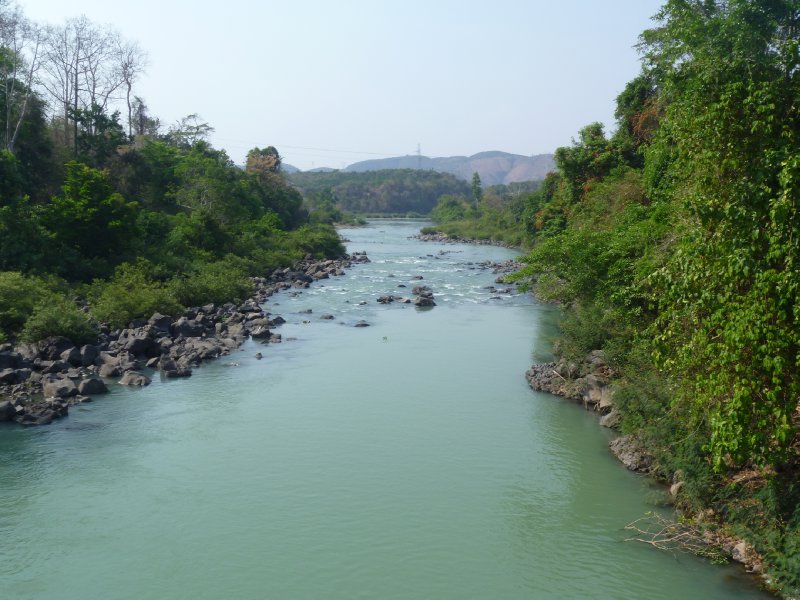 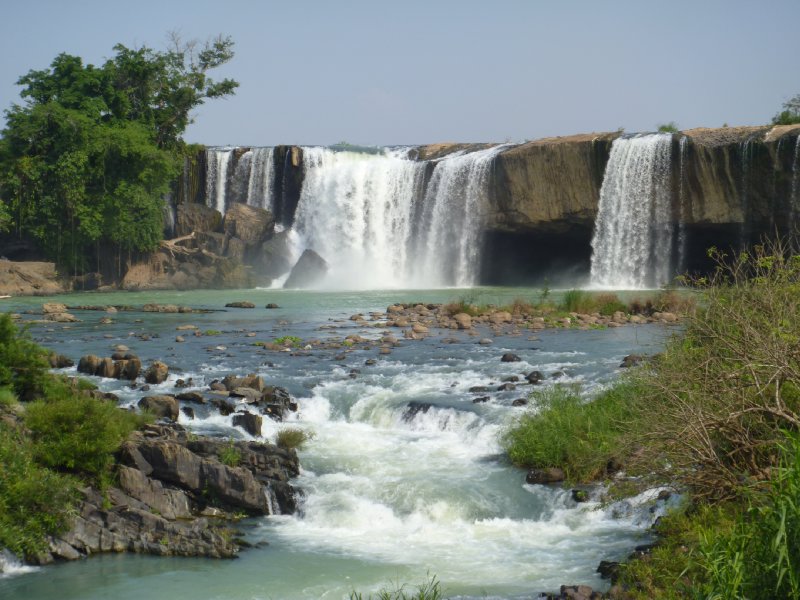 After cooling off and chilling out we just walked around taking pictures and admiring the landscape, we also ran into a park ranger. When you imagine a park ranger you think of a man in a ute, with a wide-brimmed hat and a walkie talkie. In Vietnam the park rangers are decked out in full military apparel and wield massive machine guns and machetes. Fairly intense, but around here there is a lot of illegal logging and what better a deterrent than a machine gun?!

It was now nearing the end of the day and we found ourselves in Buon Ma Thuot where Hiep and TiTi treated us to a 4 star hotel, the best we have been in all trip! Good times, good times. 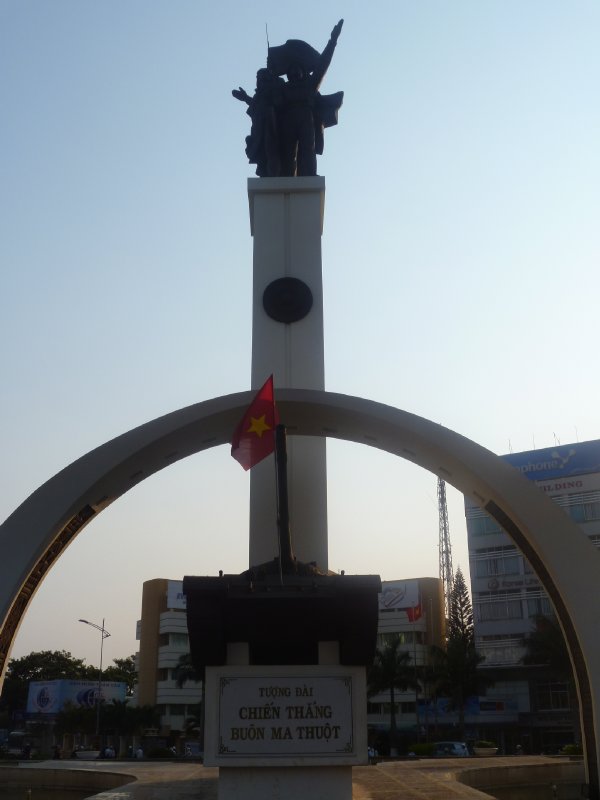 ^^ As you enter Buon Ma Thuot 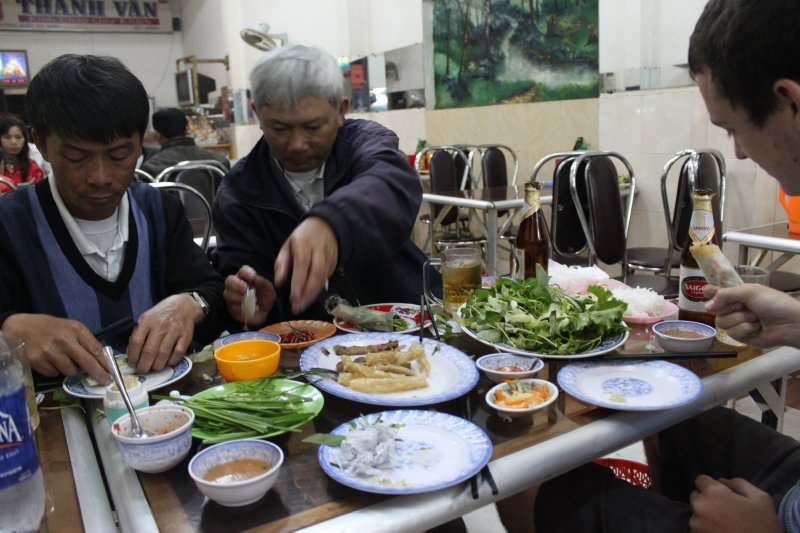