Hoi An and the Crazy Woman on the Bus

Last night we took the sleeping bus from Nha Trang to Hoi An. Believe me when I tell you it was the most horrendous experience we have had so far haha. Where do I even begin?

In theory the idea of a sleeping bus is great; a bus full of bunk-beds that travels during the night while you sleep and you wake up in a new city, awesome!

Where this theory breaks down is... when the air-con is not working and the bus has no windows, when the bus is so overcrowded that locals are sleeping on the floor (the lucky ones in hammocks hitched between two bunks), when the man sleeping on the floor keeps grabbing and touching you all night, when the toilet door latch is broken and slams every time the bus turns a right corner, when the driver beeps the horn every 10 seconds to warn the motorbikes to get out of the way or die, when a German woman brings her three kids under the age of seven on a 13 hour bus ride.

Before I continue let me just tell you about this German woman. She was travelling alone with her three children or ‘babies’ as she so whiningly called them. She had a clipper number 1 shaved head, along with her two little girls and boy. Her outfit consisted of loose hanging shrouds and sarongs, minus shoes and bra, of course. The children were wearing what looked like tea-towels that just hung off their bodies; the poor seven year old girl was struggling to keep her body covered as her dishtowels flopped around with a mind of their own, why isn’t she dressed properly and at school?
It was actually quite disturbing to see, and if this woman was in Australia I can guarantee she would be getting a knock on the door from child services, especially if they saw all the kids and her lining up and squatting next to the bus because the use of the toilet cost 20 cents. This isn’t even the worst, wait for it.
When we were hopping on the bus she told her kids to hold our hand and pretend that Kirby and I had two children, what the fuck??!
Apparently she hadn’t bought tickets for the kids because an adult can travel with 1 child for free if the child shares the bed. So here we were standing on the bus waiting to get to our bunk with a German woman’s ‘babies’ hanging onto us and her begging that we take one of her children each. Obviously we politely said ‘hell no’ and left her to the bus drivers mercy, or lack thereof. After a heated yelling match between her and the driver she had to pay an extra $20 for the kids to get a bed (our 8 open tickets from Saigon to Hanoi cost a combined $38). Who was she kidding though? Of course there wasn’t going to magically be two beds that weren’t occupied, especially when people are sleeping on the floor. So as predicted 5 minutes later two guys hopped on and politely kicked the kids out of their bed and she was left with 3 kids lying on top of her minus $20, and you can imagine what shenanigans went on when three kids are stuck in 1 bunk for 13 hours.
Suffice to say the bus ride was hellish and I wanted to scratch the word ‘sleeping’ from off the side of the bus when we finally made it to Hoi An.

On a lighter note, Hoi An is beautiful and I’m really glad we weren’t disappointed because I was ready to throttle the life out of the next street rooster that cock-a-doodle-doed. 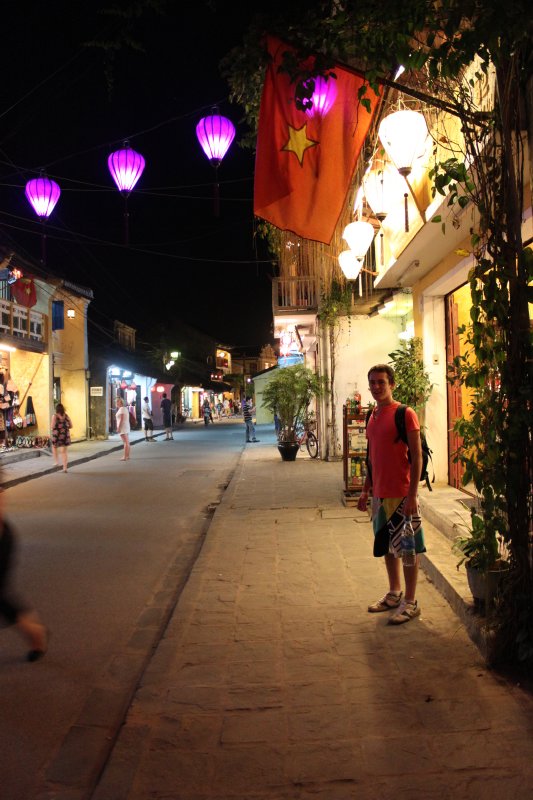 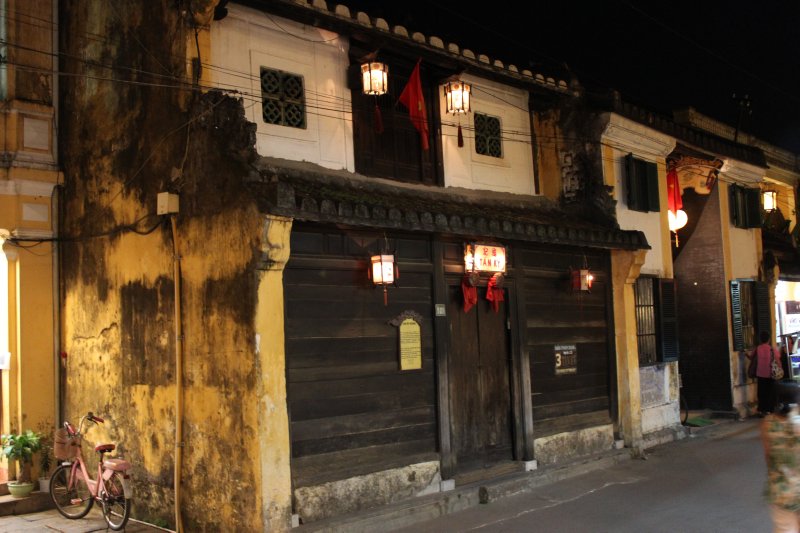 ^^ All the buildings in the old district are heritage listed 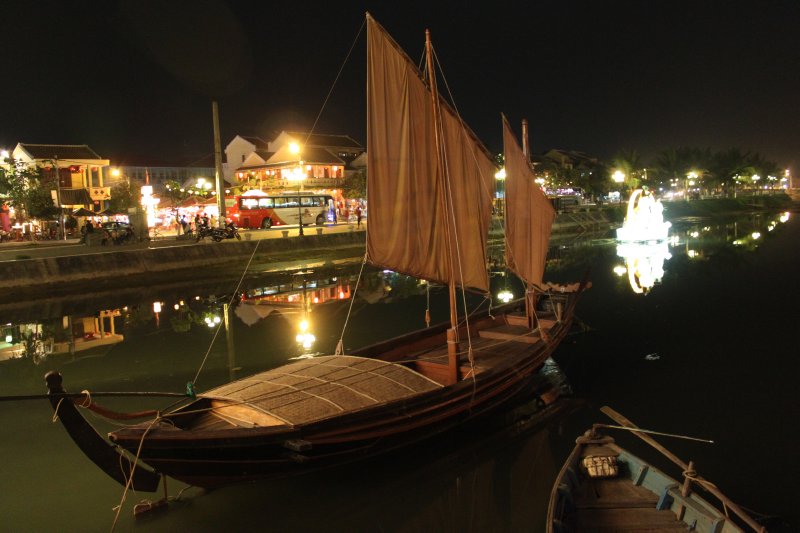 ^^ An old junk, nestled in the river that runs through the heart of Hoi An 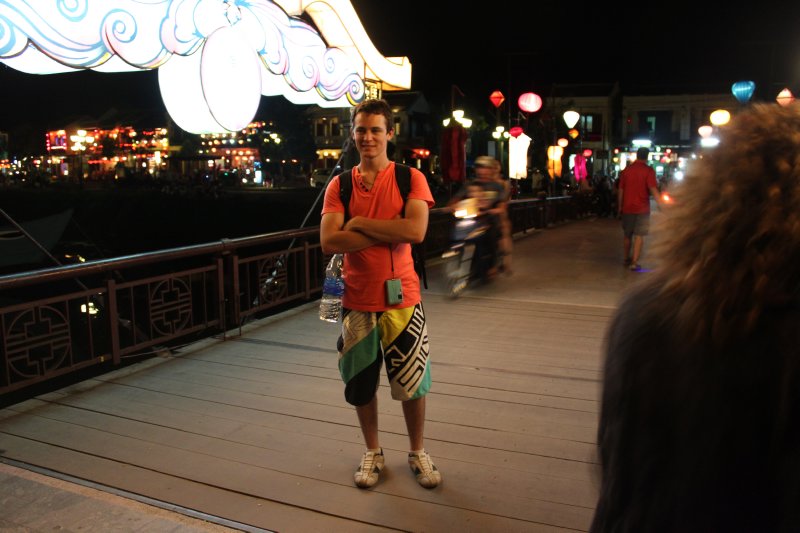 ^^ Hanging out on the bridge 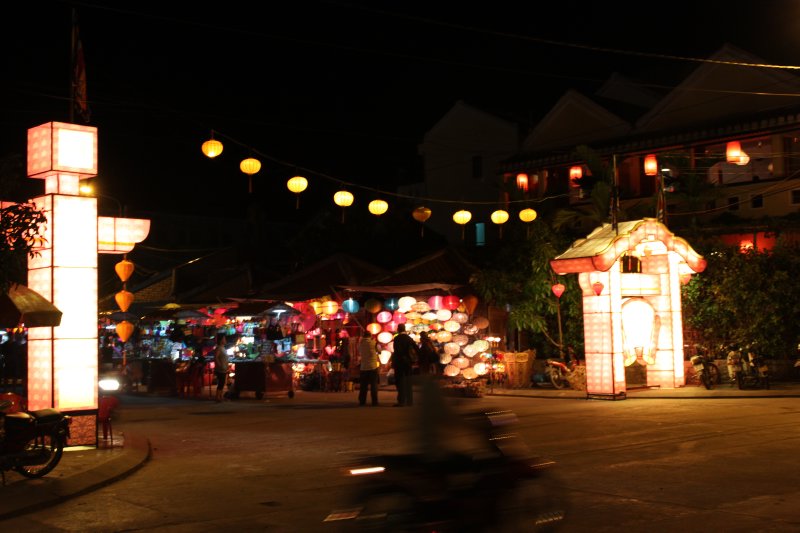 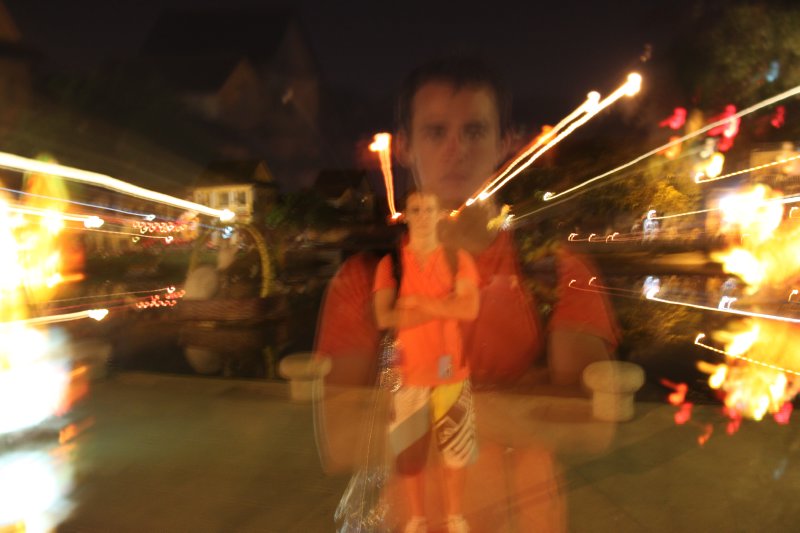 ^^ Playing with the camera 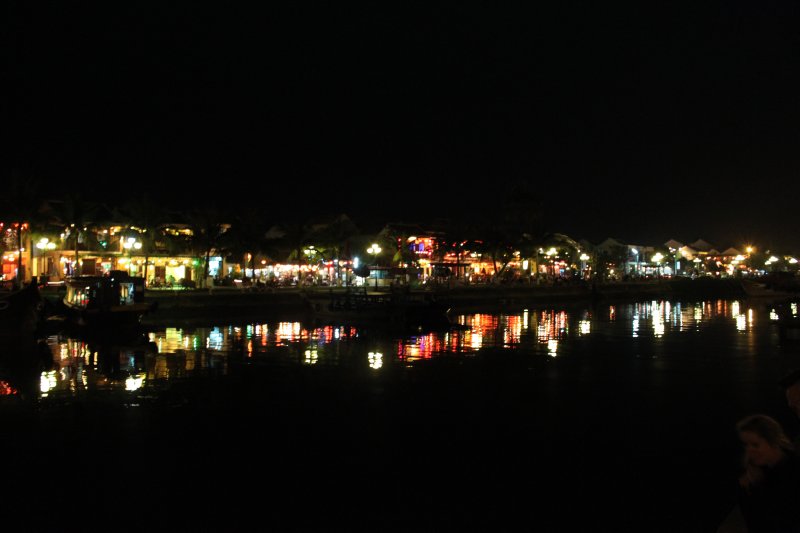 ^^ Looking across the river

When we hopped off the bus we wandered around for a while looking for an affordable guesthouse to stay at. That is when we met a nice lady who kindly guided us to a good cheap hotel ($10 a night) in the middle of the market/old district, where all the attractions are. Little did we know that she owned a tailor store that made custom suits, and her helping us was to ensure our custom later that day. Neither of us wanted anything made so that put us in a bit of a bind. We tried to avoid her but she hunted us down on the street and when we told her we didn’t want to buy anything from her she got fairly angry at us and was unreasonably rude, what she didn’t know was how rough our night had been and Kirby was most definitely not ready to take any shit, and with a selection of uncompromising words and matching body language Kirby put the woman back in her place, something she probably wasn’t used to after always dealing with timid travellers out of their comfort zones.

After a fairly eventful previous evening and day we were ready for some relaxing and thankfully Hoi An is the town famous for its 2.5 cent beers, yeah you read correct, two and a half cents for a beer! Not many bars in Australia give you change for 5 cents haha

Tomorrow we are off to My Son, the remains of an ancient Cham civilisation.

Hi guys good to hear from you - keep the stories coming. We will be leaving for Canada tomorrow but will try to check your blog when we get a chance.holiday going great - wedding was a hoot - hope the photo came through (3) times - sorry.. Check yvonne's Facebook if you get a chance for more photos. Lots of love & best wishes to you both - mum & dad

Hi guys. I will be in Chiang Mai Thailand from the 9th June or thereabouts for 18 days if you fancy a pint!

Geez sounds like a few people I have tried to avoid over the years.