You won’t believe what happened!!
We were all set to catch the overnight sleeper bus from Hoi An to Hue. We were both snuggled up in our little bunks with the laptop between us ready to watch a movie before we tried to get some shut eye, and then we heard something. Kirby and I both looked at each other; we weren’t sure what we had heard. I could see from the stillness of Kirby that she was holding her breath to get a better listen, she wasn’t alone. I too had been frozen into non-respiration at what I thought I had heard…and then we heard it again. There was no mistaking it this time, a thick female German accent ushering the ‘babies’ onto the bus, and with that all thoughts of sleep vanished.
If you don’t know what I’m talking about read this blog entry. To make things worse they were sitting directly behind us. At one point during the movie one of the ‘babies’ ripped the ear phones from my ears, as if I couldn’t hear it’s tantrums loud enough.
Anyway I promised myself I wouldn’t dwell on another hellish overnight bus ride as it’s in the past and I’m sure we won’t see them again, lightning can’t strike 3 times…right?

So we made it to Hue and found a nice cheap hotel, although it turns out that the Sun had also arrived in Hue and brought along its friend Mr. 40 degrees. Thankfully we had air conditioning in the room and so did various bars and restaurants around town.

Hue was the national capital of Vietnam until 1945 after which the Imperial Emperor Bao Dai abdicated to a communist government that declared Hanoi the new capital. The city is home to a massive citadel that occupies a large area on the northern side of the Perfume River. The Citadel is surrounded by a wall 2 kilometres by 2 kilometres, which is then also surrounded by a moat. Inside the Citadel was the Forbidden City where the imperial family called home. Although….you know what’s coming right?.... In 1968 America bombed the shit out of it as a response to the communist takeover of the city. Consequently most of the Citadel’s inner buildings were flattened and what remains today is rubble and grass, however the Vietnamese government has plans to rebuild the Citadel to its former glory. 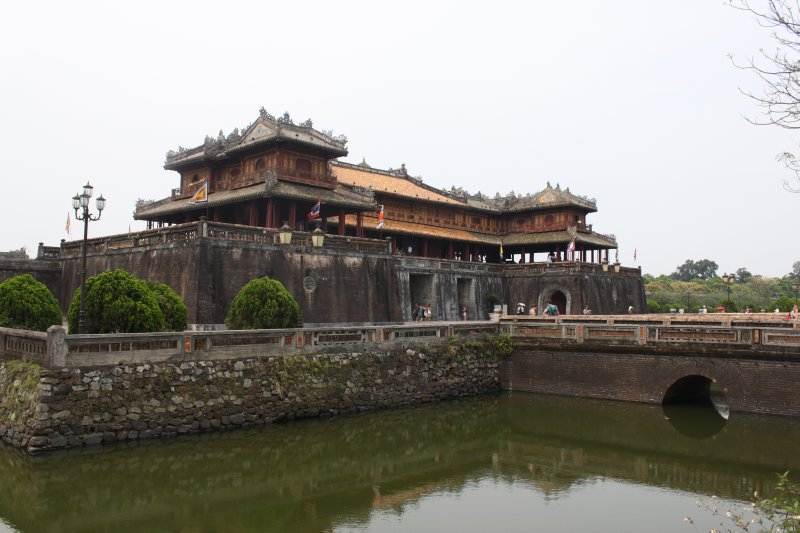 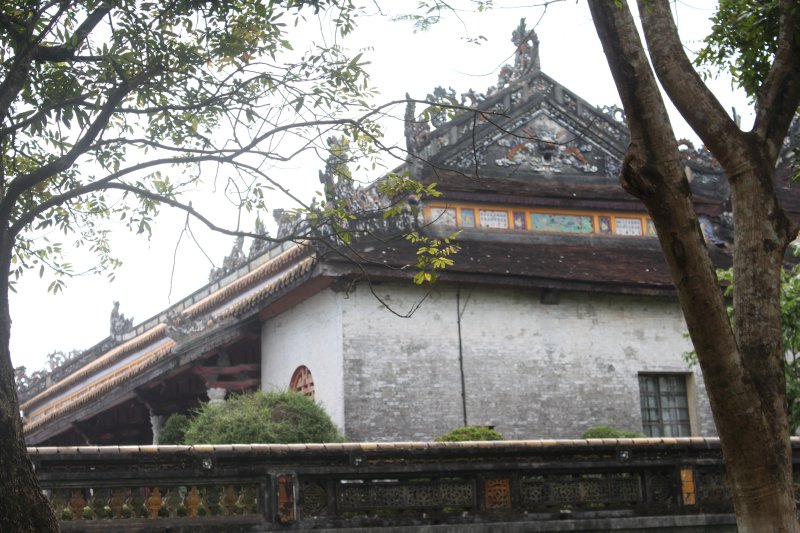 ^^ Temple inside the Citadel 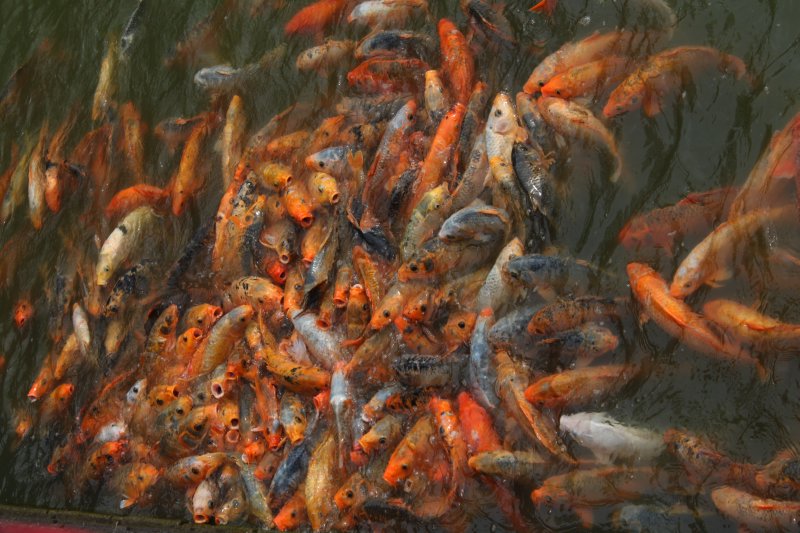 ^^ Hungry goldfish in the moat 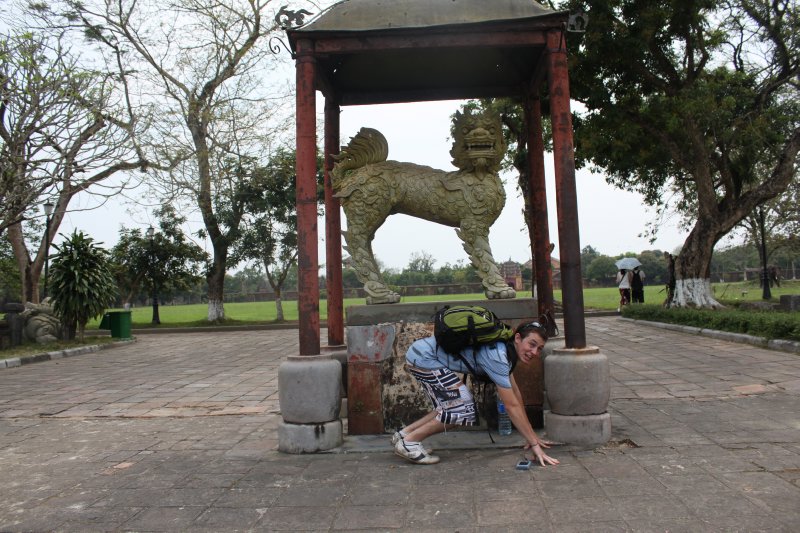 ^^ I was helping the lion do whatever it was doing 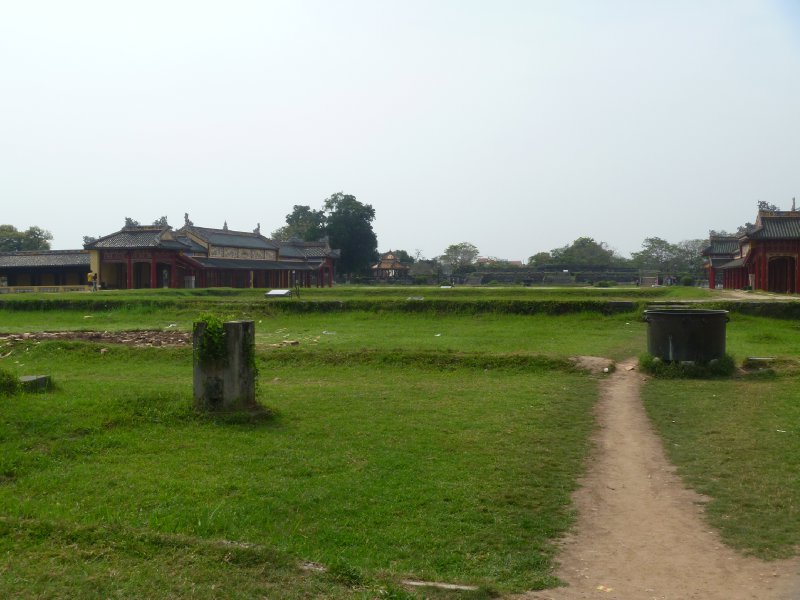 ^^ Remains of the Forbidden City 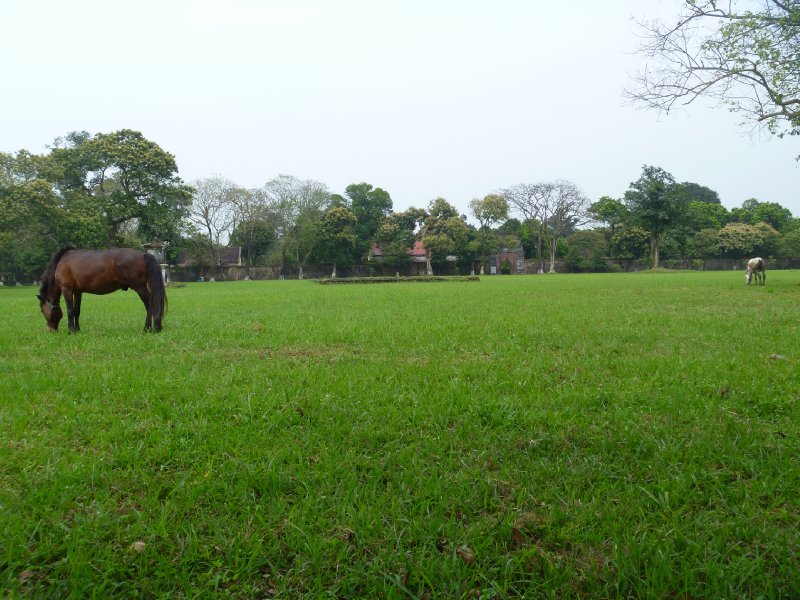 It has been stinking hot in Hue over the last couple of days so we are escaping on the sleeper bus to Hanoi.