Luang Prabang - Where the world slows down

Well we have made it to Luang Prabang in Laos. We weren’t planning on flying but our poor organization resulted in us only having one day left on our Vietnamese visa’s, two days travel from the border. It was our first domestic flight in Asia and we were pleased on not dying so that is good.

Luang Prabang is situated on the peninsula where the Nam Khan River meets the Mekong River. It is famous for its Buddhist temples and monasteries where hundreds of monks call home. 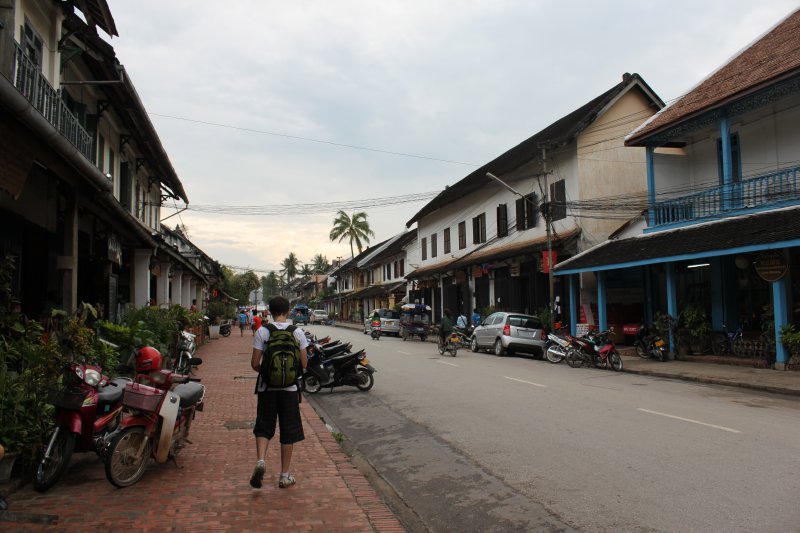 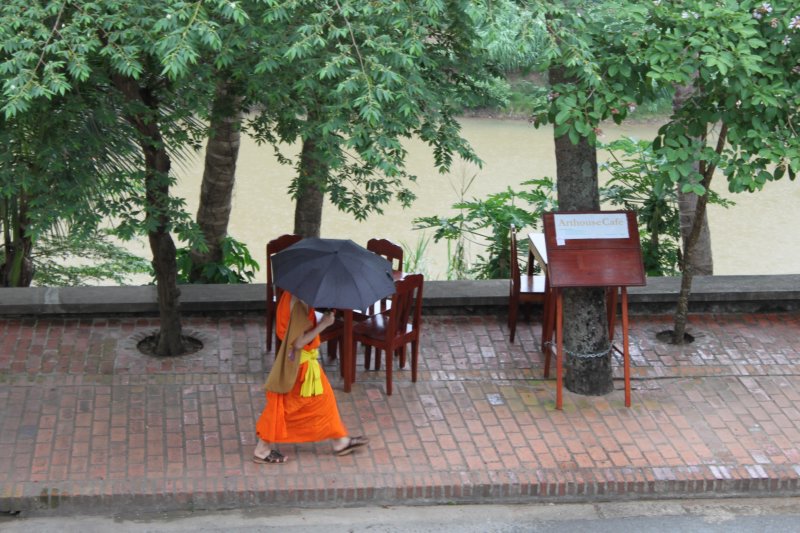 It rained only one day during our whole month in Vietnam and since arriving in Laos it has rained pretty much non-stop. Laos is very different from Vietnam, we haven’t heard a single horn beep since arriving or been harassed by a tuk tuk driver, and the street dogs are much more friendly

.
Laos is also heaps more laid-back than its neighbours, sometimes this can be frustrating but you just have to remember that a huge majority of Laotian people are Buddhists and live by the motto ‘No worries’, so with patience things eventually get done. 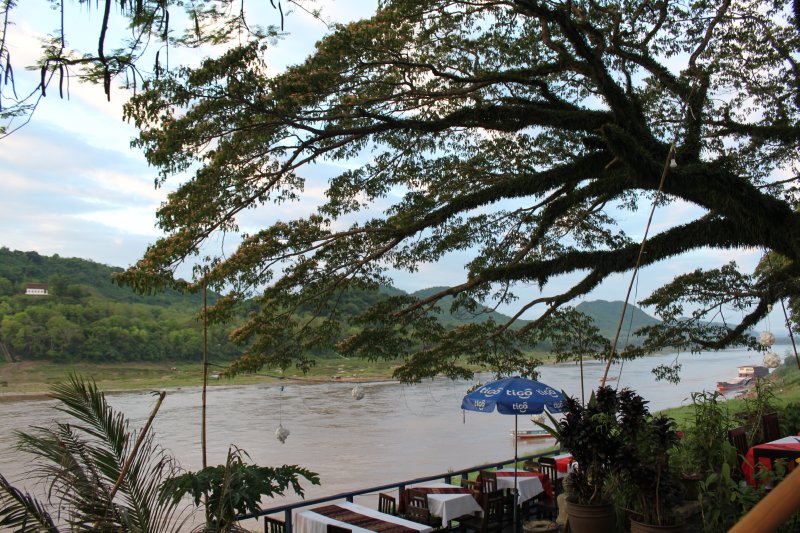 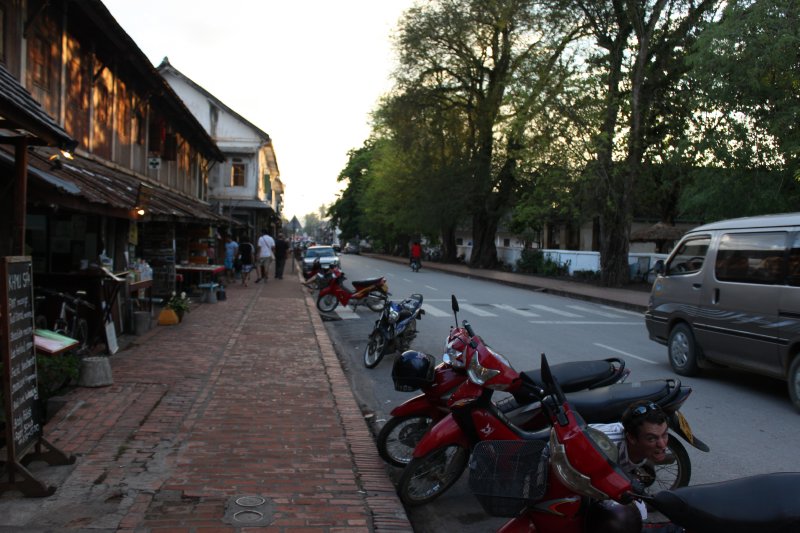 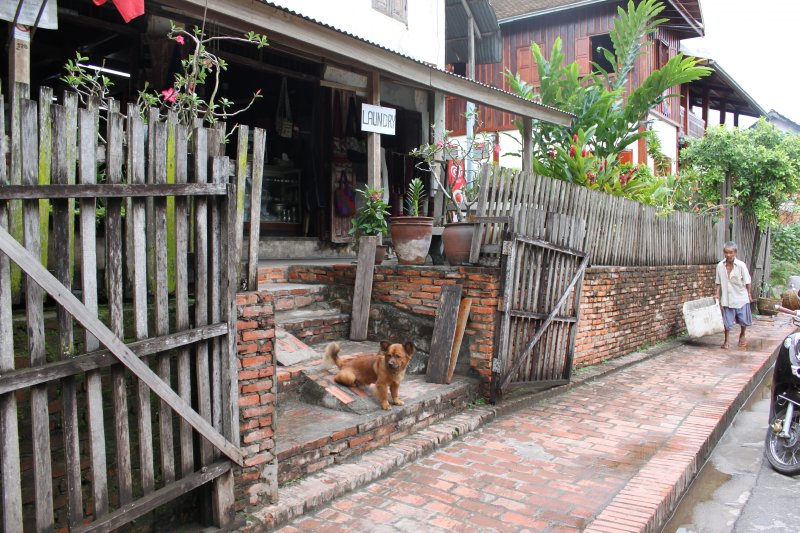 We’ve spent 5 days in Luang Prabang, not really doing anything in particular. We have just been exploring the surrounding area on foot and getting into the slower paced rhythm of Laos, the constant rain has also hampered any real attempts at venturing further from town, as most tours are ‘view’ based. We visited the night market nearly every night which was nice. 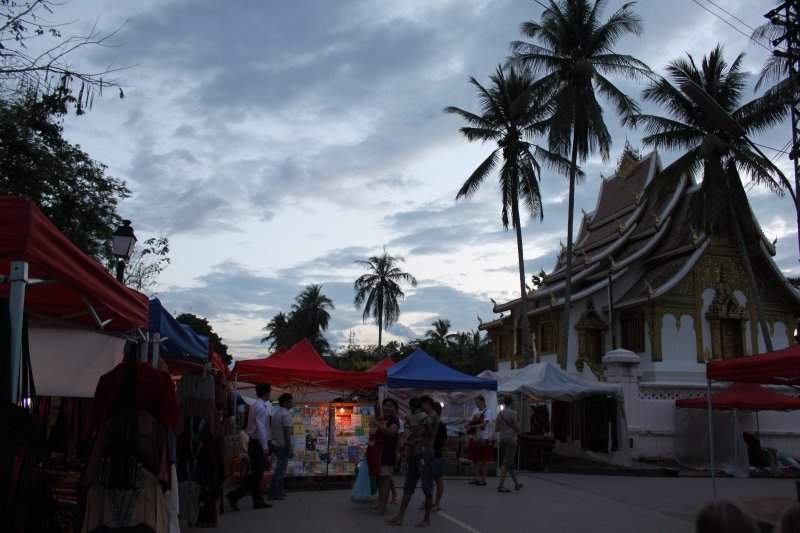 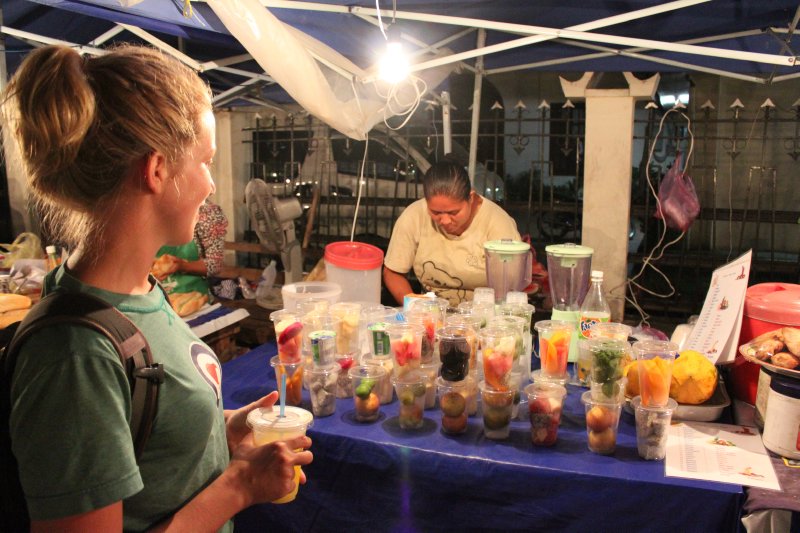 ^^ Kirby getting a fruit drink from our friend Jasmine

We also spent some time visiting Wat Xieng Thong temple, built in 1560 on the orders of the King, it is decorated with thousands of beautiful mosaics. 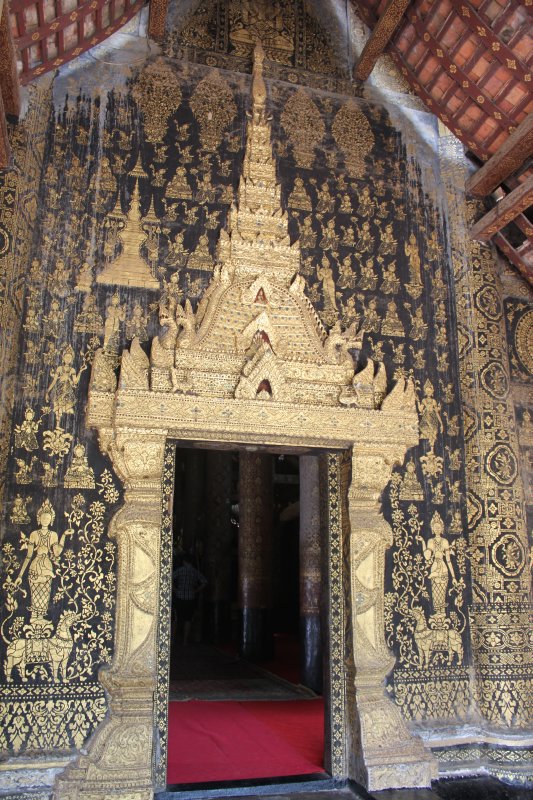 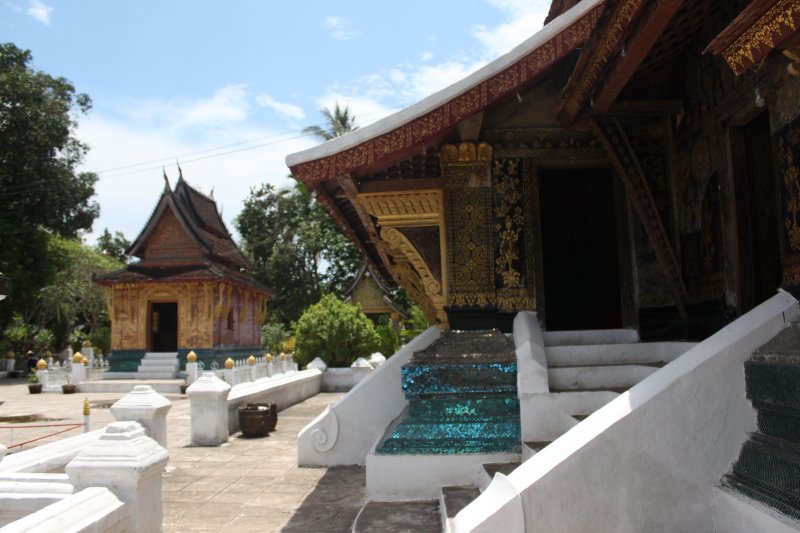 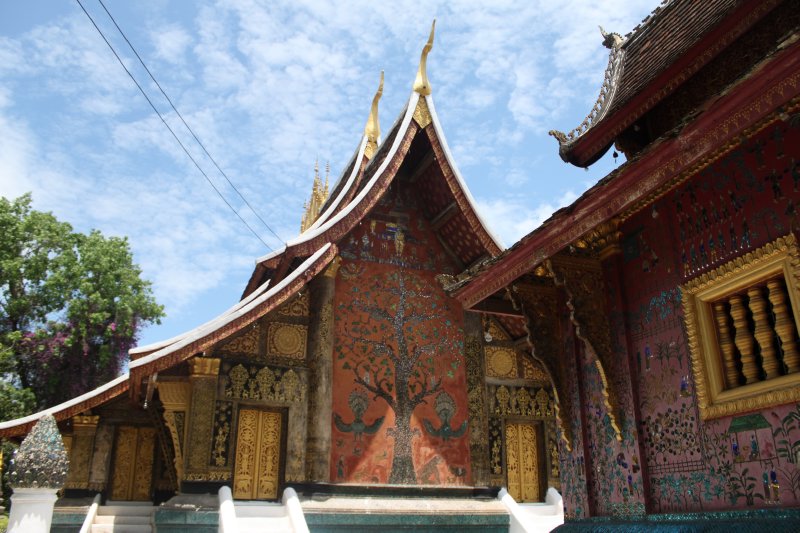 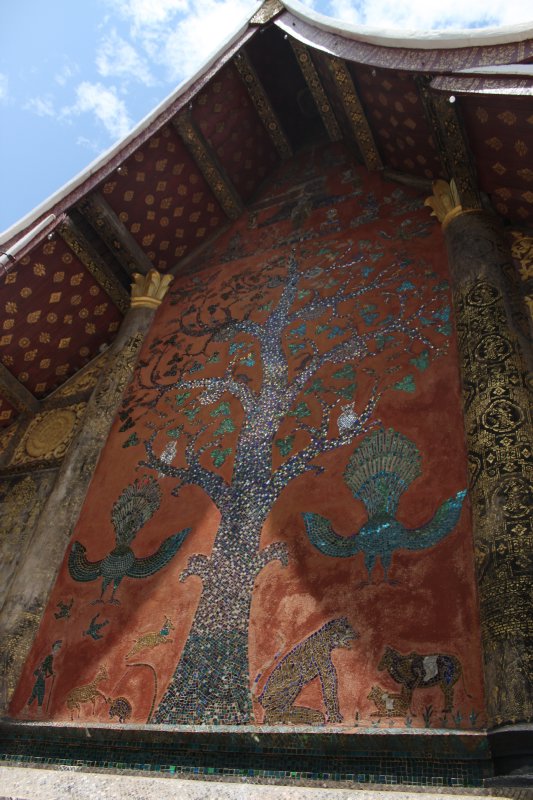 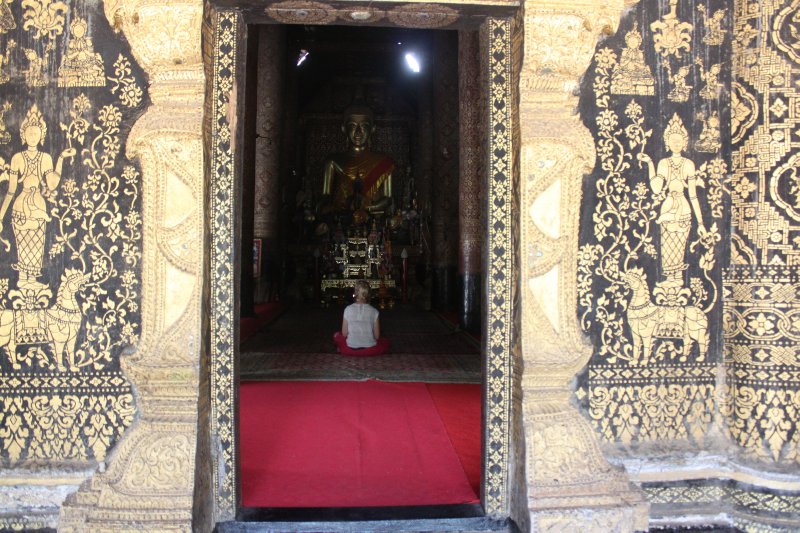 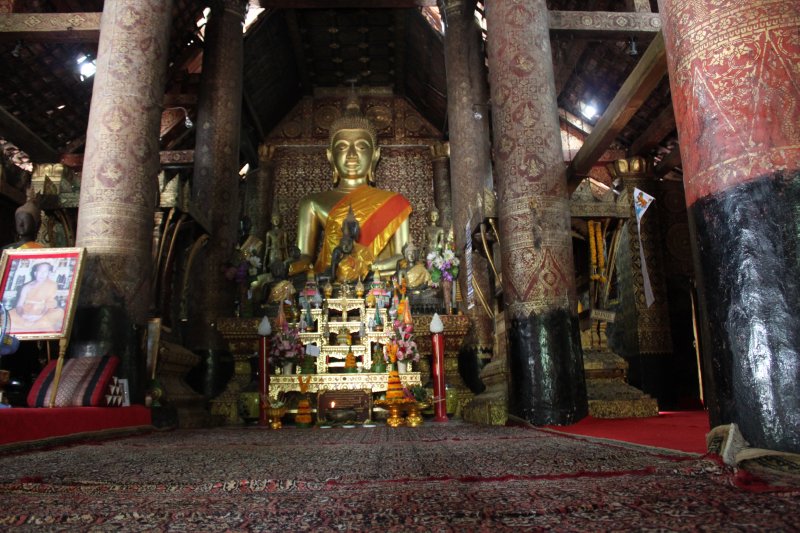 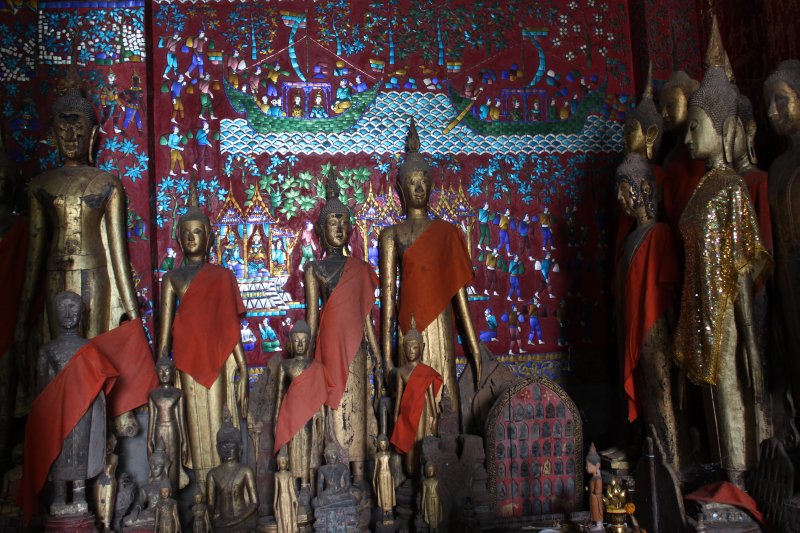 At night we have been venturing to the bars to take advantage of the happy hour, although most places in Luang Prabang have a happy hour from 2pm – 9pm. The local liquor of choice is called ‘Lao Lao’ and it is a super sugary alcohol, very strong but sickly sweet. There isn’t much to the night life, the city has a curfew and you should be at your registered place of stay by 11pm. 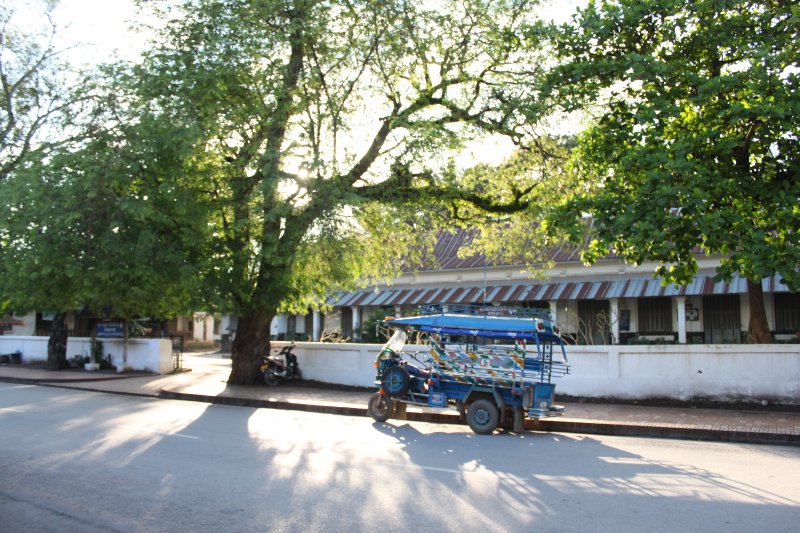 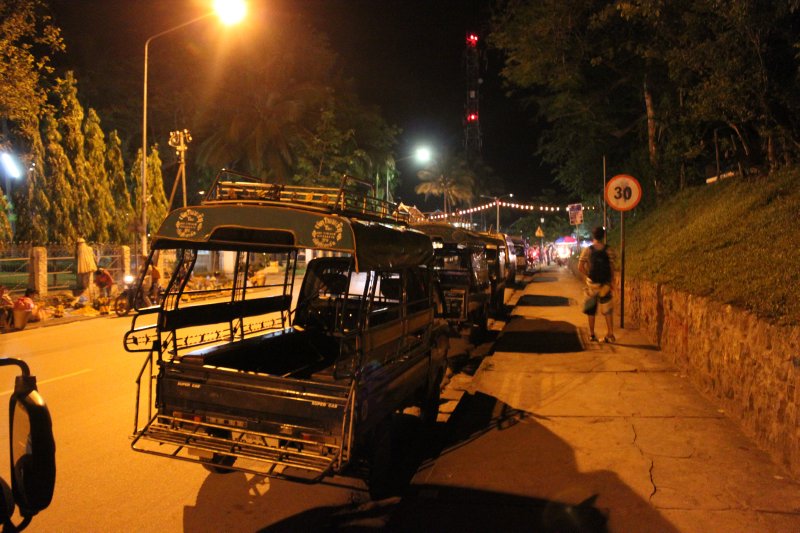 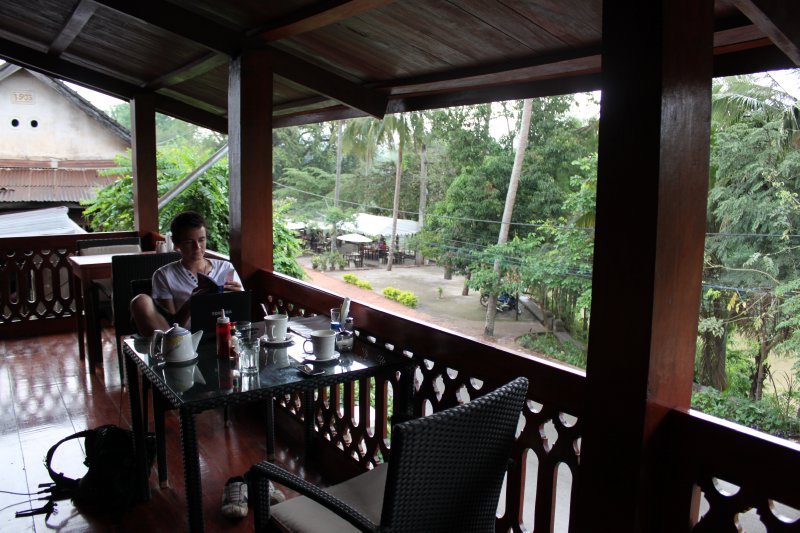 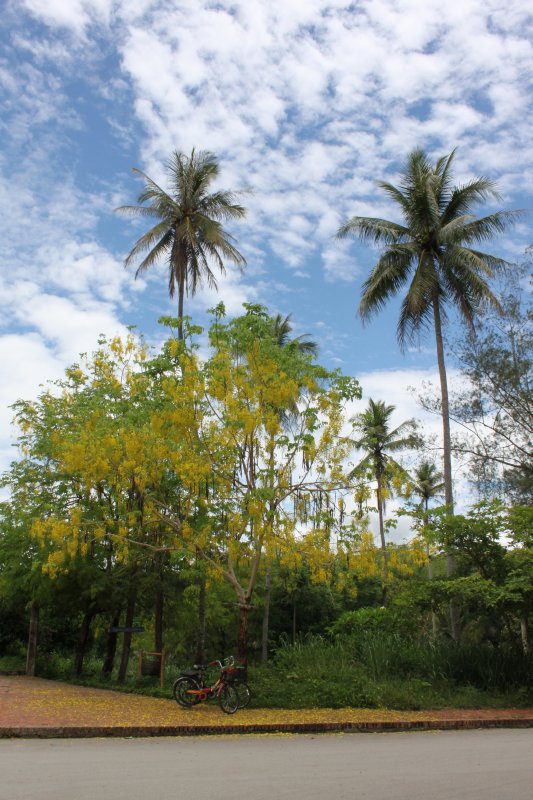 After spending so much time relaxing in the sleepy town we decided on doing a 3 day Mahout course at the local elephant sanctuary. All the elephants are rescued logging elephants (mostly illegal logging) that used to spend their lives hauling massive, heavy trees through places inaccessible by vehicles. Fingers crossed it decides to stop raining.