The next few days we just chilled out in Phnom Penh seeing the sights and soaking in the atmosphere. 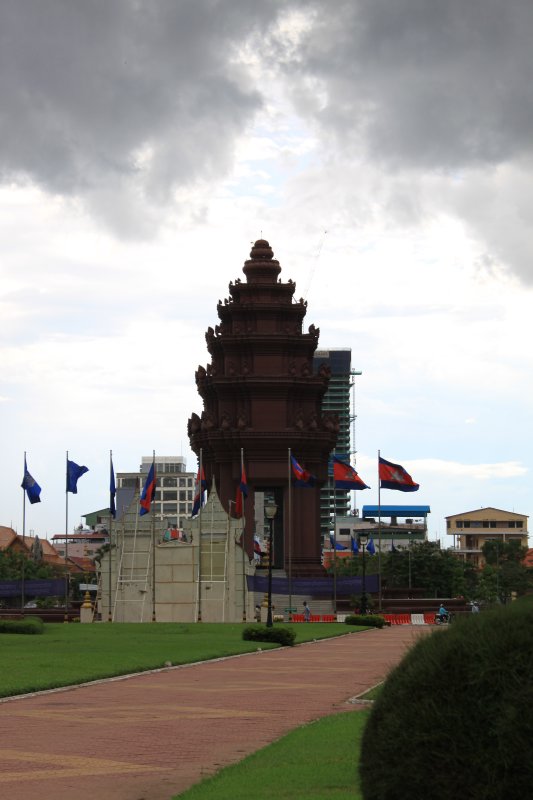 We had a small incident where we saw a peeper peering through a gap in our curtain but when they saw me look at them they bolted and we never caught them. Ah the joys of cheap, seedy, hotels!

We visited The Royal Palace which the King still resides in; although half of the complex is closed to the public there was still a massive amount of exploring to do. The Silver Pagoda was one of the most stunning buildings. Inside it is inlaid with over 5,000 silver tiles and holds a 90kg golden Buddha statue encrusted with 9,584 diamonds. Unfortunately you’re not allowed to take photos inside the Pagoda, so you will have to visit for yourself to see its awesomeness 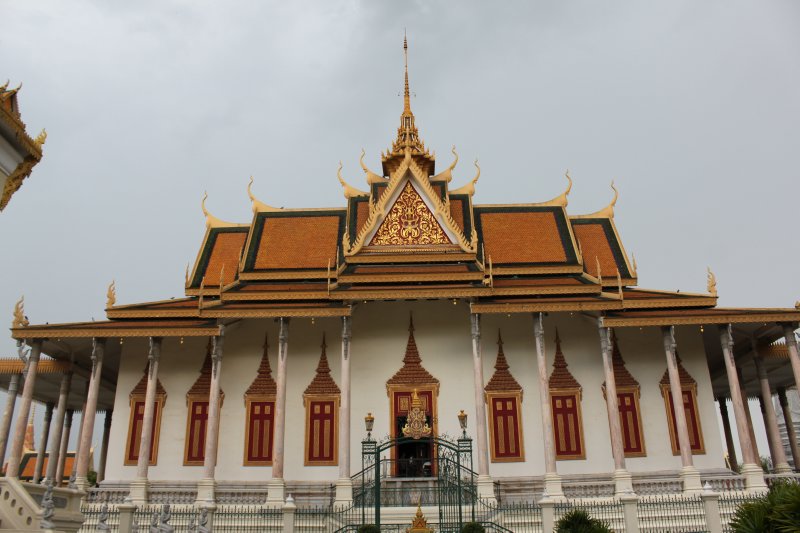 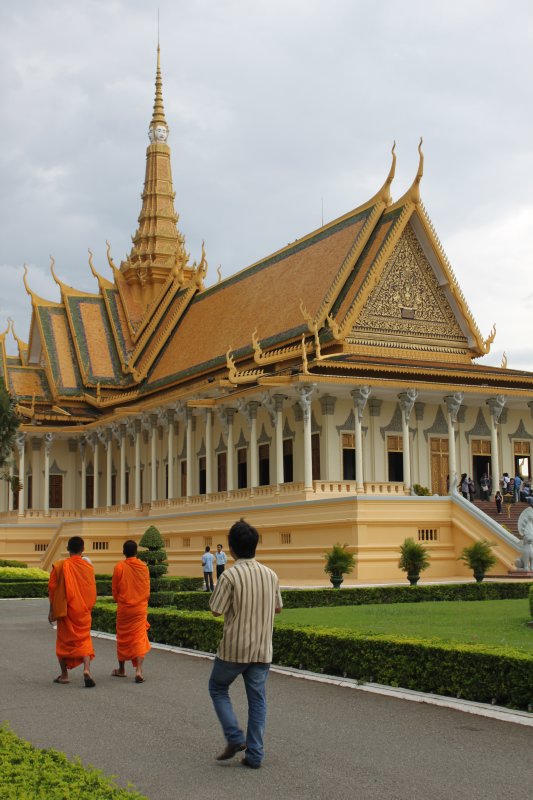 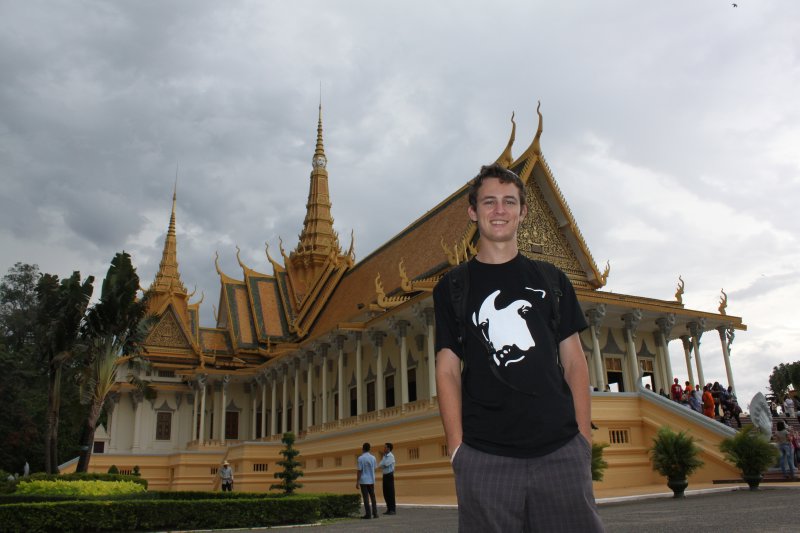 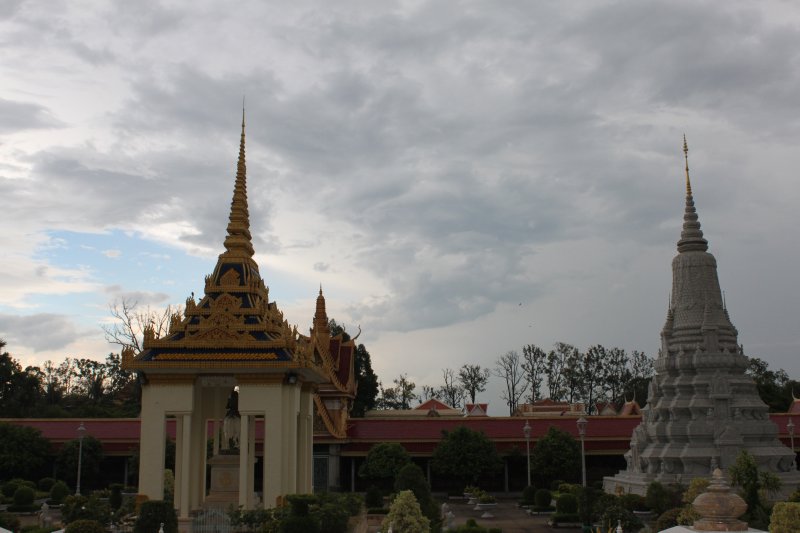 ^^ The grounds were massive! 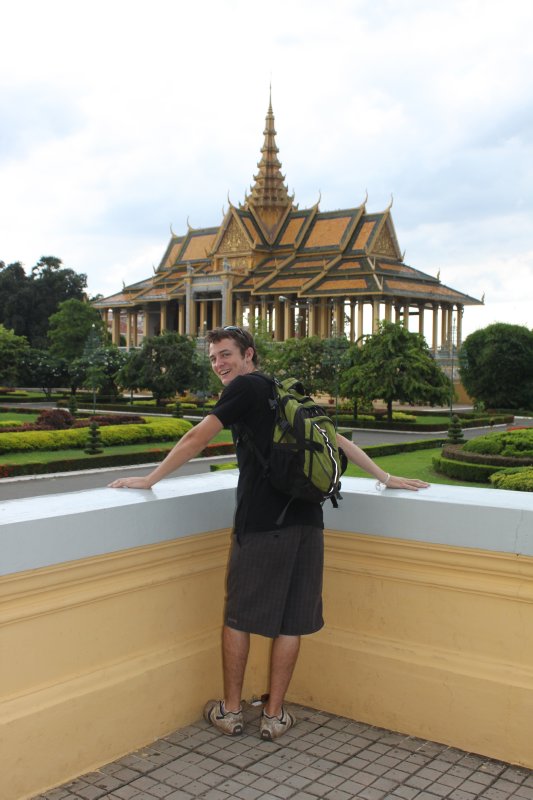 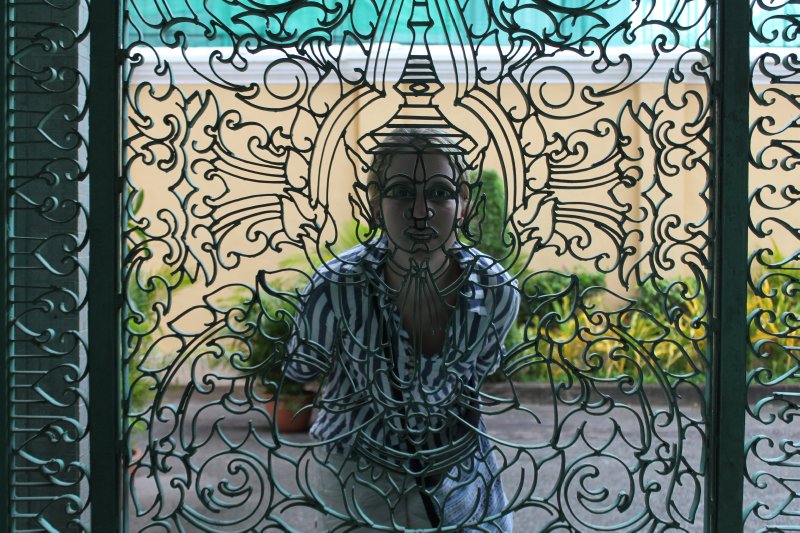 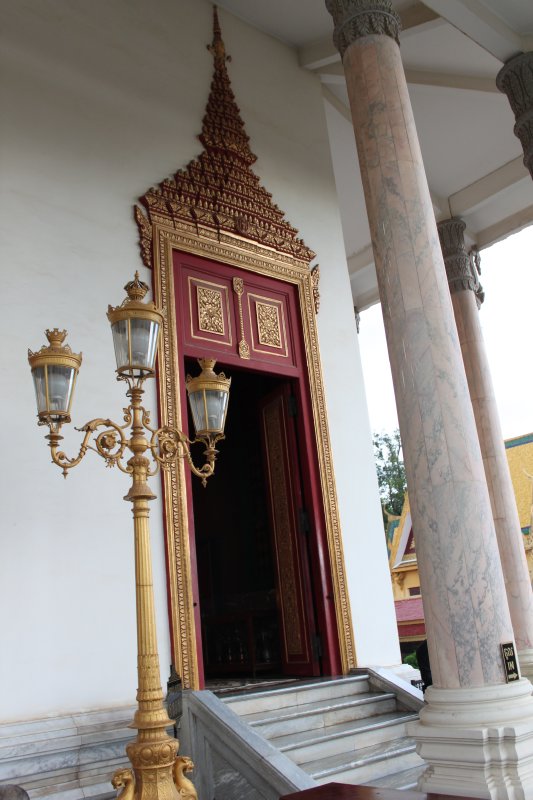 ^^ The entrance into The Silver Pagoda - No Photos Allowed! 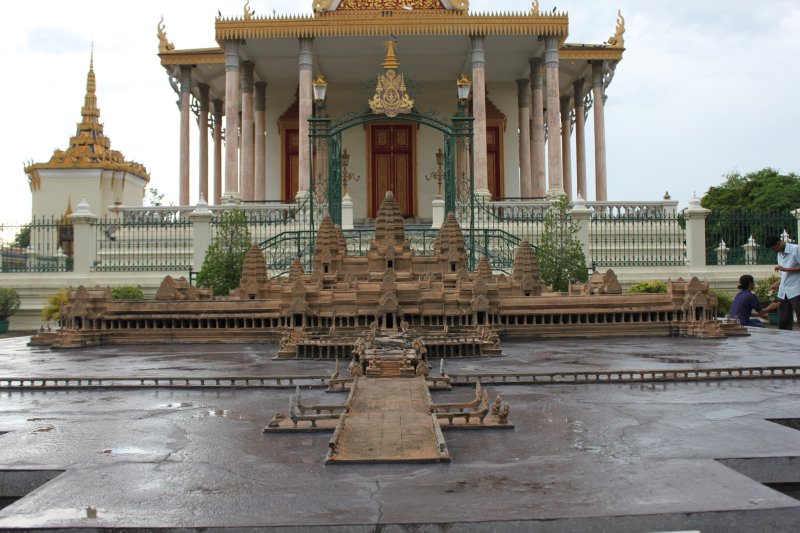 We also checked out the Russian Market, which apparently is one of the ‘must-do’s’ in Phnom Penh. Not sure why, we thought it was pretty boring and it wasn’t as ‘huge’ as everyone made it out to be.

Kirby bought some fake Gucci sunglasses for $2 and took them in to the optometrist and replaced the lenses with prescription sunglasses lenses for $6, good value! I also picked up a fake automatic BVLGARI watch for $20 – although I think I overpaid, but it works well so I don’t mind.

That’s pretty much all we did because it was raining most of the time so we just sat and ate like pigs, played on the wi-fi, and drank; I consumed way too much Johnnie Walker Black over the last 4 days; at $2 a shot I couldn’t resist. I’m pretty sure one day we even had breakfast, lunch, and dinner all on the same bill. 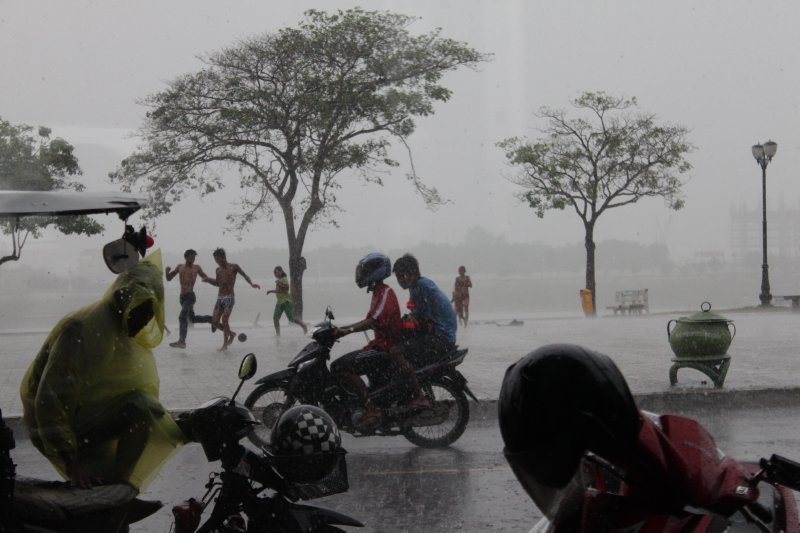 It was time to move on so we caught the 7hr bus ($4.50) to Sihanoukville, a little beach-side town.