Our day started early as we headed out to the Vang Vieng bus station. We had a choice between the standard local buses or a fancier option that the locals call ‘The VIP Bus’, it costs a little bit extra but you get air-con and larger seats. So we forked out a few extra dollars and went with the fancy option. However, when the bus came to pick us up there was only 1 seat left, which meant I had to sit in the aisle on a plastic stool. I was pretty pissed off but what can you do, we had already parted with our money and the other option was to stay another night in Vang Vieng; and we were sick of partying. So off we went. Thankfully the bus ride was only 5 hours and I didn’t have to spend overnight on the floor like we saw some people do on the overnight sleeper buses in Vietnam.

We arrived in Vientiane just after lunch and it was pissing down rain. The bus just dropped us off in the middle of the street and we quickly found a café to shelter in and get our bearings.

Vientiane isn’t really anything spectacular. As the capital of Laos it performs its function well, although there is little to do. But we thought we would stick it out for a couple of days and see if it gets any better when it stops raining.

The first night we stayed in an absolute shithole of a guesthouse because it was cheap and we struggled to find any reasonably priced alternative in the pouring rain. It was basically just a 2m x 2m cupboard in a glorified shed that shared an open roof with many other ‘buildings’ and families. However it had a small TV with an English movie channel so we watched Wolverine while the streets flooded.

The next morning the rain had turned into a light drizzle so we hastily checked out of ‘Hotel De La Crap’ and rented a couple of push bikes to explore the city and find new accommodation. 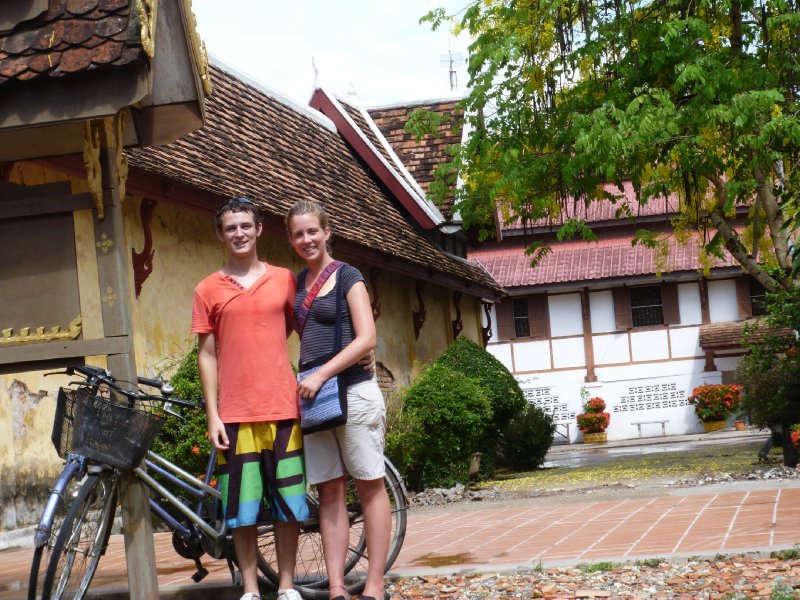 We found a really beautiful temple called Vat Sisaket, it was built between 1819 – 1824 and was the only temple in Vientiane that survived when the Siamese invaded and destroyed everything in 1828. The grounds inside the temple were beautiful and a nice retreat from the busy streets. 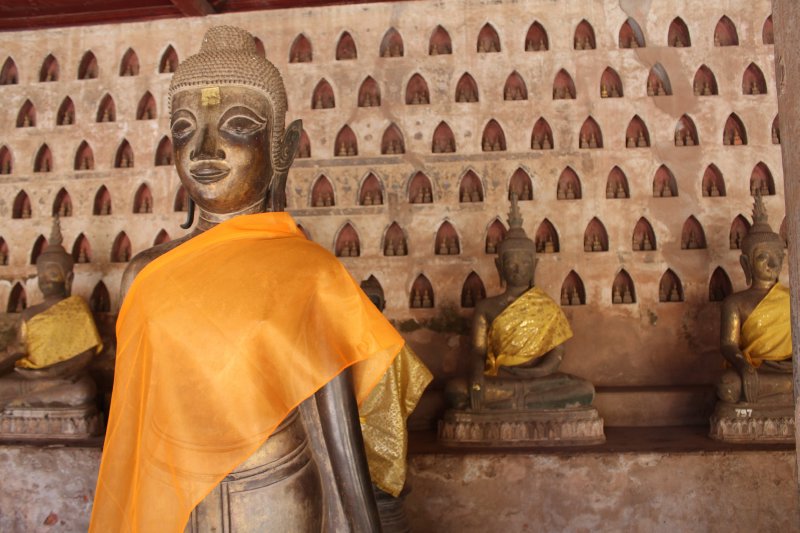 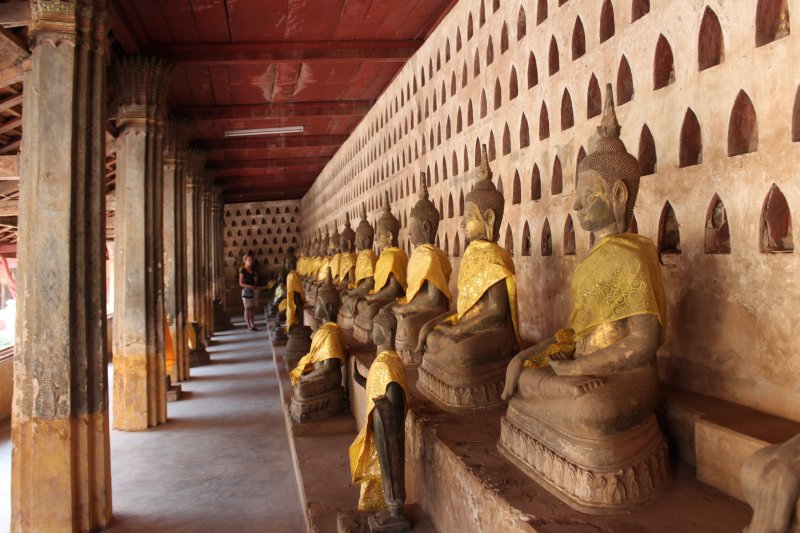 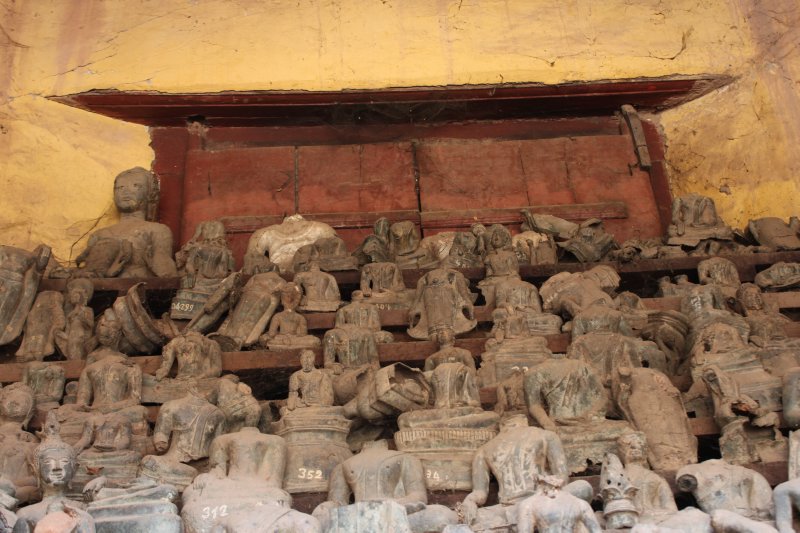 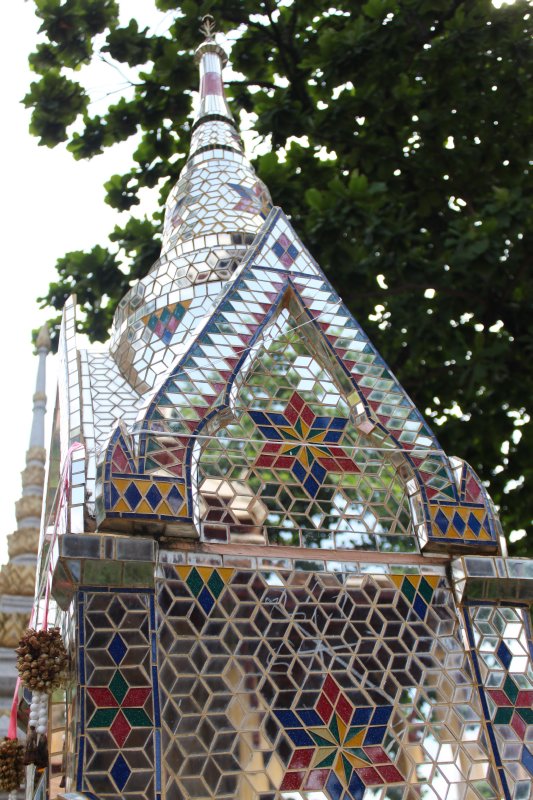 After that we just rode around searching for a new guesthouse. It took us about an hour before we found a nice one at a reasonable price, it didn’t have a window but it was much better than the barn we stayed in the night before. During our ride around looking for a new guesthouse Vientiane grew on me a bit. Even though it is Laos' capital city it somehow still retains the charm that the rest of Laos has become famous for. The moment you duck down the small alleys it is like you are transported to Luang Prabang and that was a nice surprise, I certainly didn't expect that from a busy city.
Because there wasn’t much to do we did a lot of eating and drinking, and it reflects in the photos we took, 90% of them over our 3 days in Vientiane were of us gorging ourselves until we felt sick, oh well we are on holiday 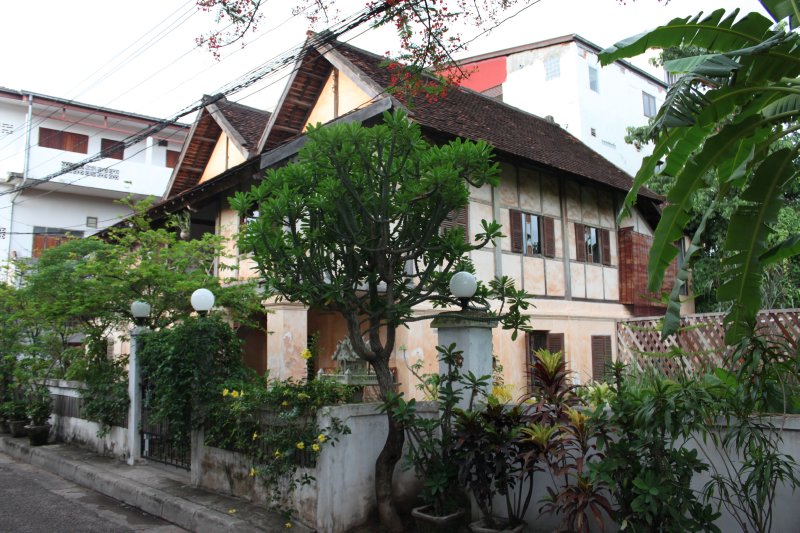 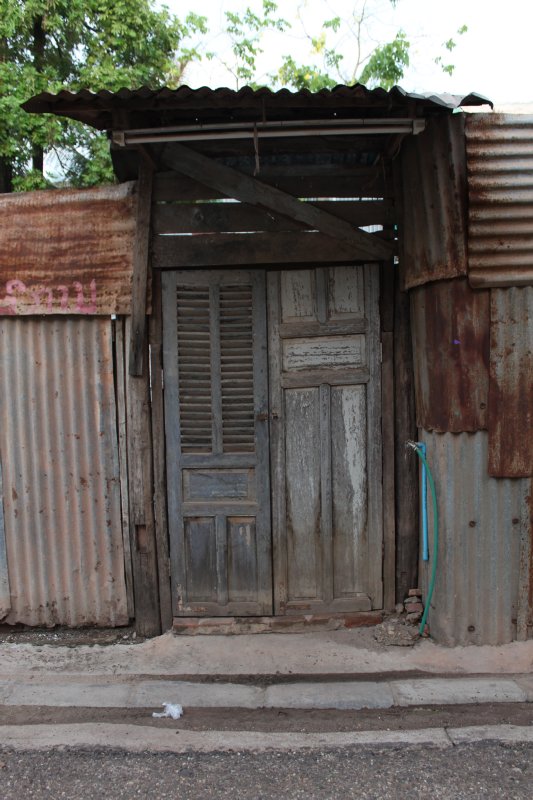 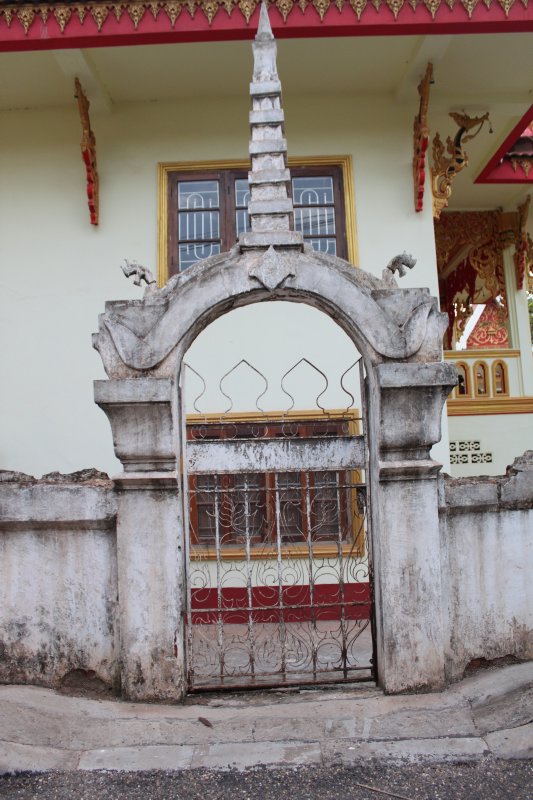 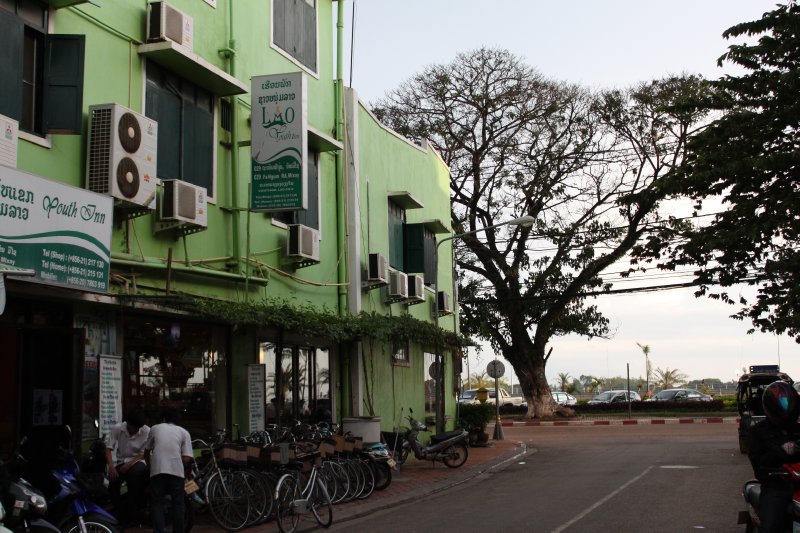 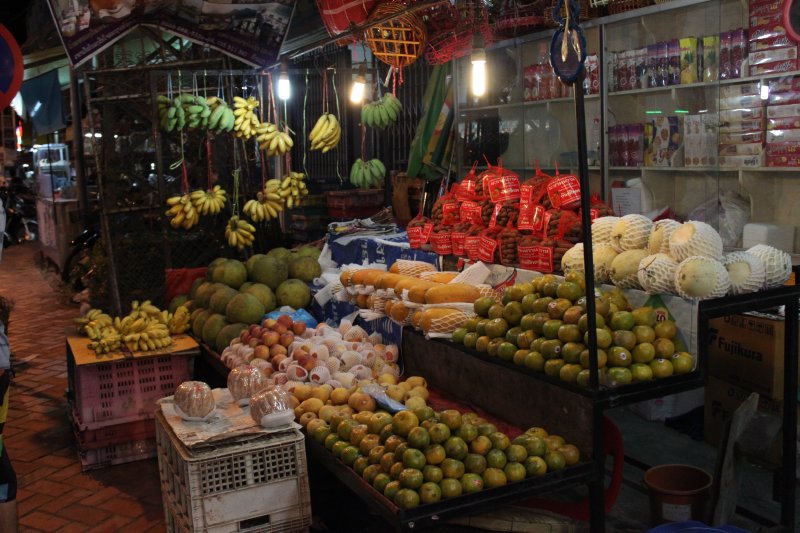 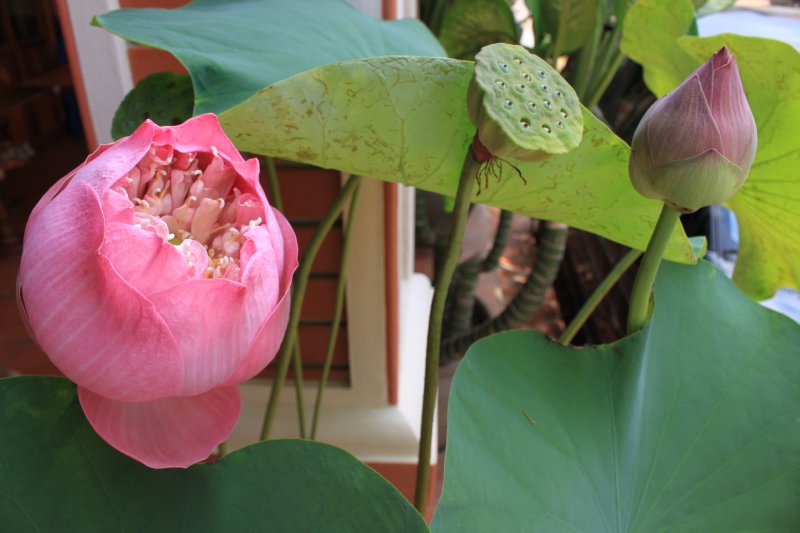 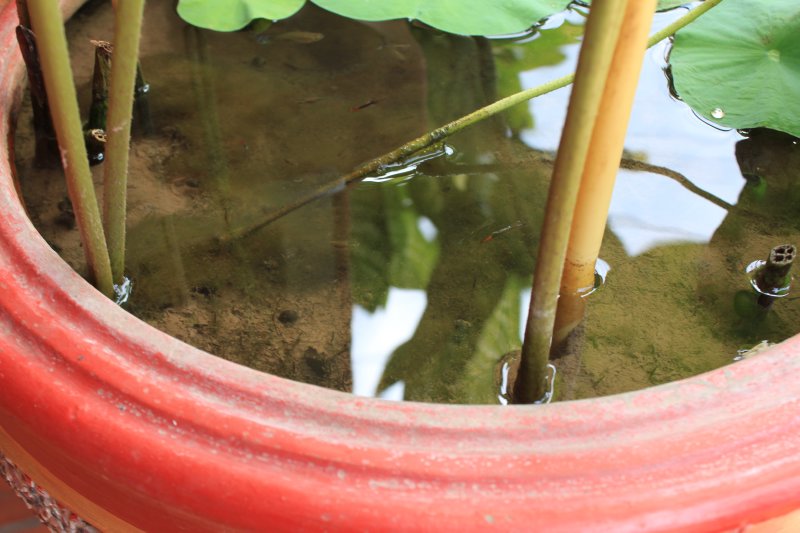 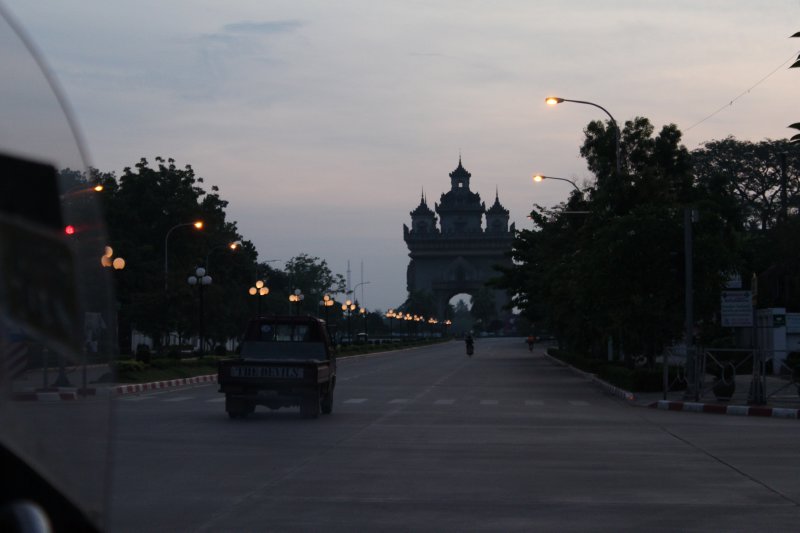 ^^ The Patuxai monument is a miniature Arc de Triomphe built with the concrete that was donated by the U.S.A to build a new runway in Laos, apparently the monument was higher on the list of things to do.

The last day we spent most of it at a café, once again eating and drinking, but also planning our trip to Kong Lo Cave. Kong Lo is off the tourist track (for now) so we had to do a bit of planning around what local buses to take and which towns to hop off at. 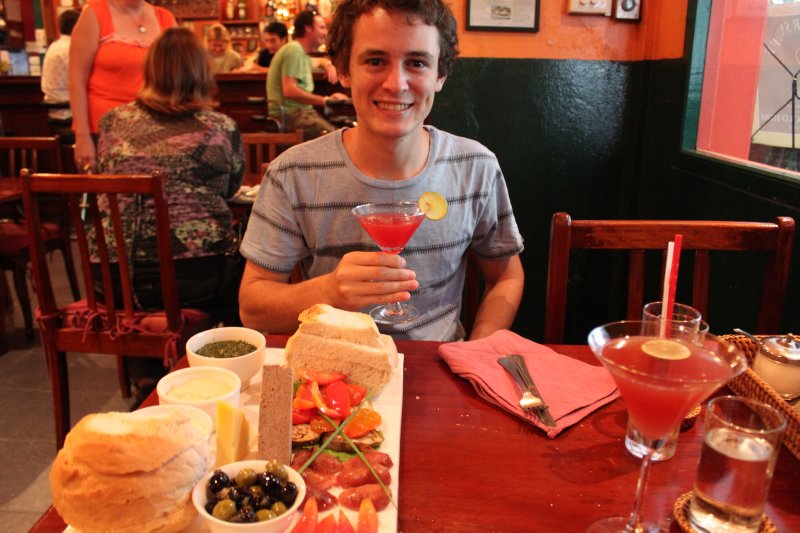 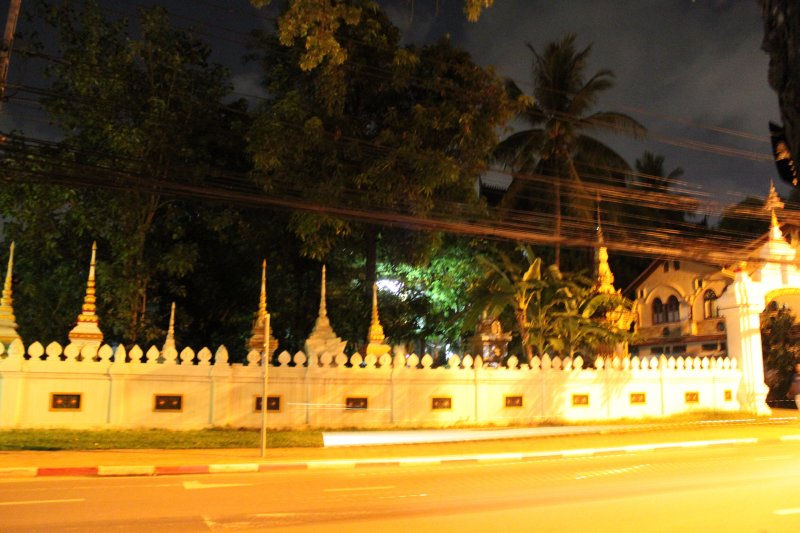 Our last night in Vientiane we decided to eat at a restaurant called Makphet. It is run by a non-profit organisation and it teaches street kids how to cook and wait tables. We feasted well and were a bit embarrassed when all of our meals couldn’t fit on our table for two haha. 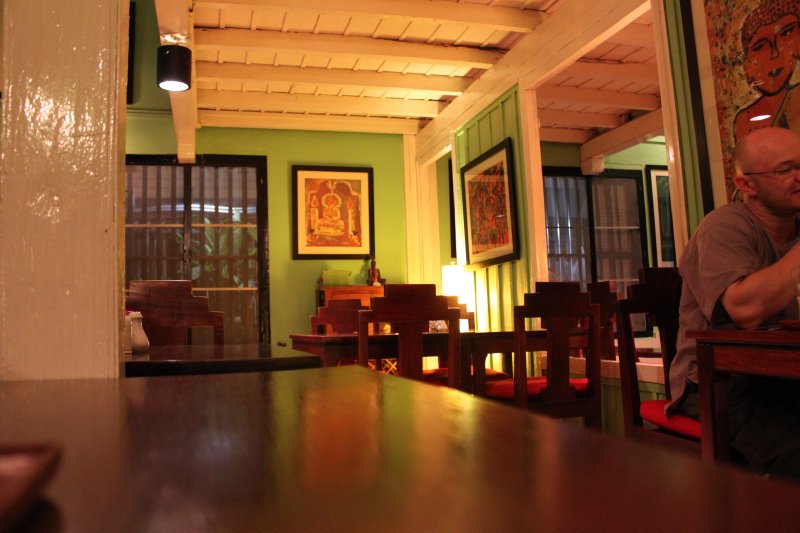 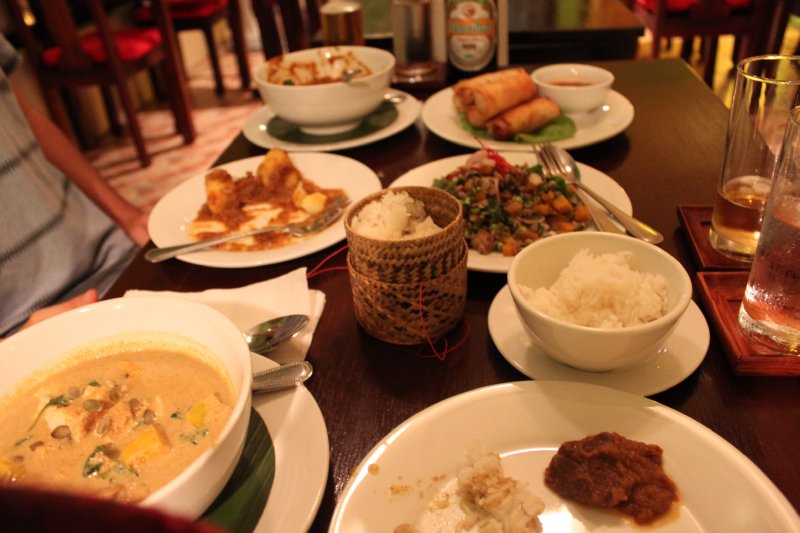 Vientiane wasn’t much to rave about but still worth the visit; tomorrow the adventure to Kong Lo village begins.