The first half of day 1 of the dive course consisted of us sitting in the classroom and watching the Padi instructional DVD’s and doing some written theory tests. Our instructors name is Darren, an expat Australian, he’s an awesome teacher and we got pretty lucky getting an Australian, there’s something about Australians understanding other Australians so we flew through the theory really quickly. After lunch we got fully kitted up and did some practice dives in the deep pool. It was heaps of fun and we had no problems at all which made us both even more excited for getting out to the reefs and experiencing the real thing!

Day 2 of our open water dive course and we were up bright and early, excited and waiting for the mini-bus to pick us up and take us to the boat. Unfortunately the weather was pretty shit today and it was rough as guts heading out. But nothing could quell the excitement and anticipation of our first dive, so while some of the veteran divers were looking pretty down we were buzzing with enthusiasm to hop in! We were scheduled to do Shark Point but because it was too rough we ended up doing all 3 dives that day on Phi Phi Lay. Some of the older divers weren’t too impressed but for us it was amazing! That first initial feeling of sinking into the deep blue when you deflate your BCD is something I’m finding very hard to explain. When you look down and there is nothing but that deep green and the noise of all the commotion on deck disappears a deep calm seems to wash over your body. I’m glad that for me it was an extreme sense of calmness that washed over my body because I’ve heard for some people its extreme terror and panic.

We saw a lot of cool stuff over the 3 dives which you can see in the pictures below – by the way Darren is an awesome underwater photographer! The deepest we went today is 13.7m and each dive was around 45 – 50 minutes long – which is great, but I was never ready to hop out 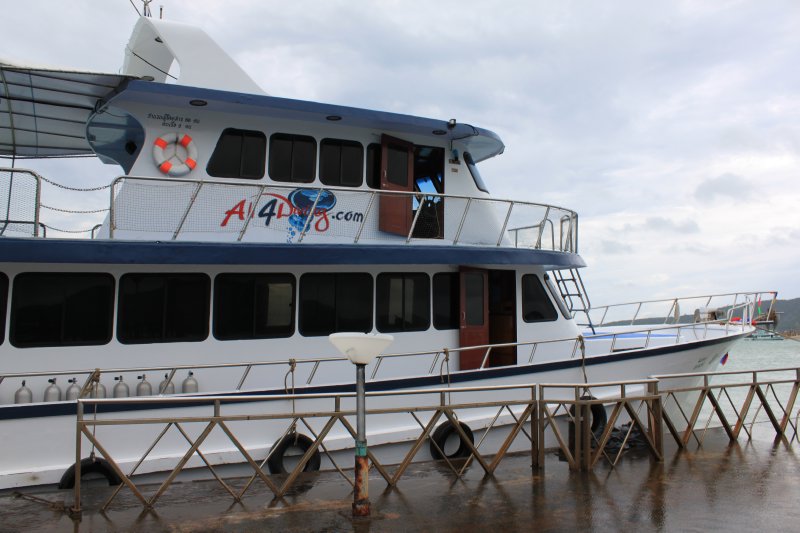 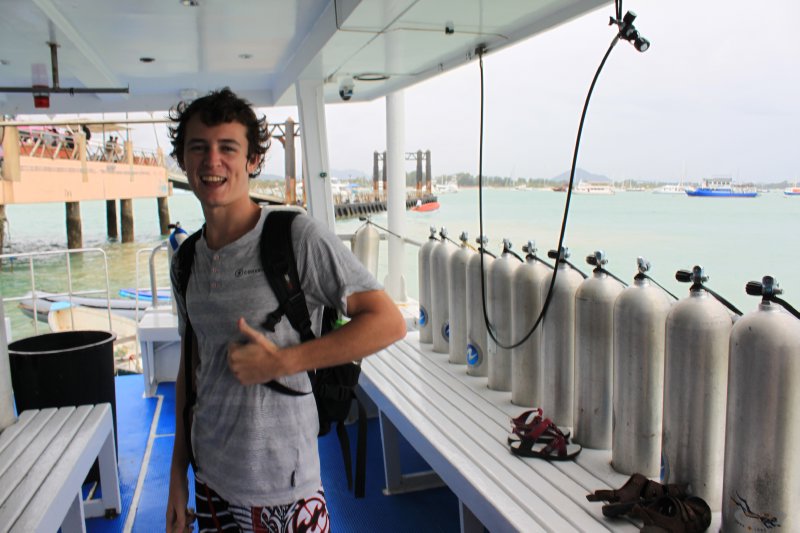 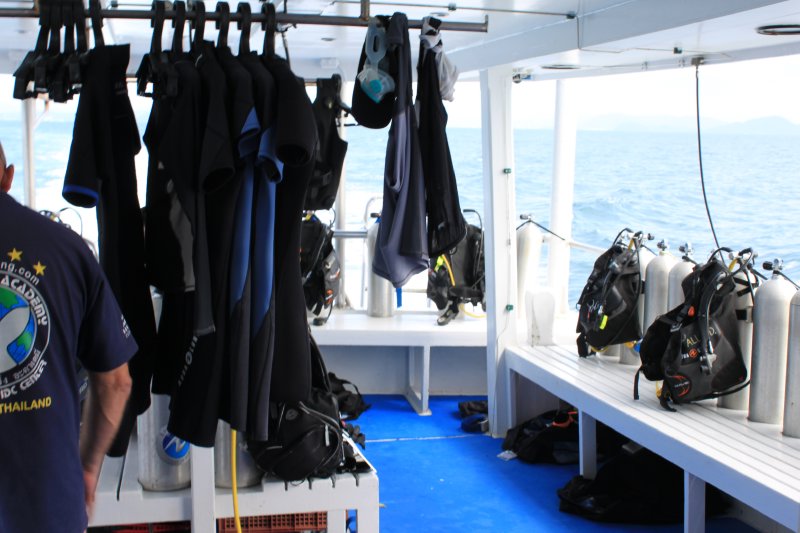 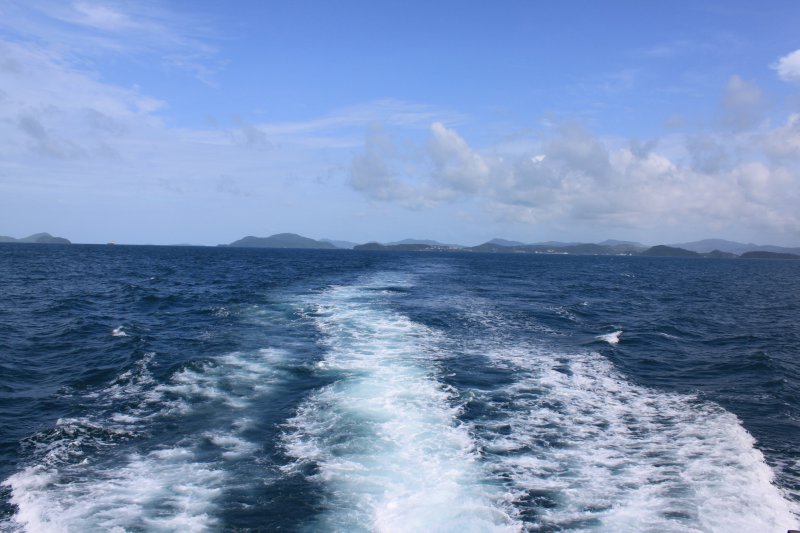 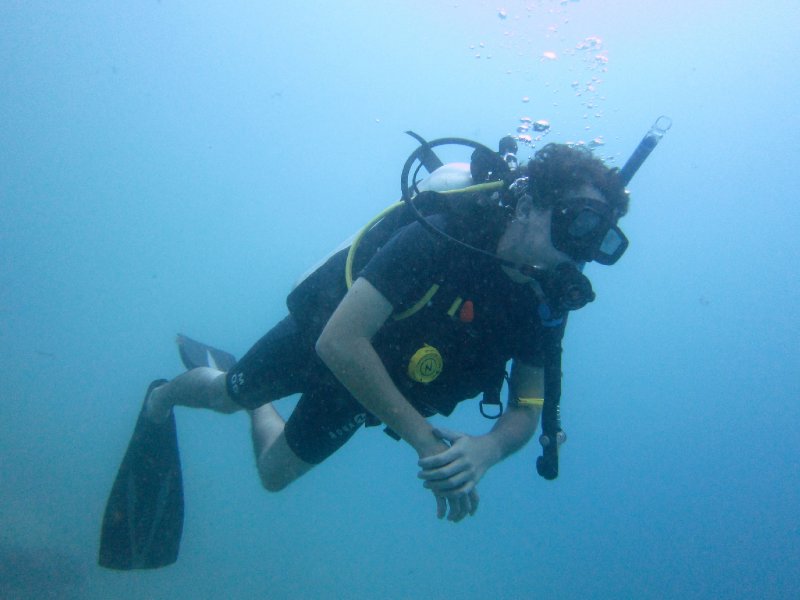 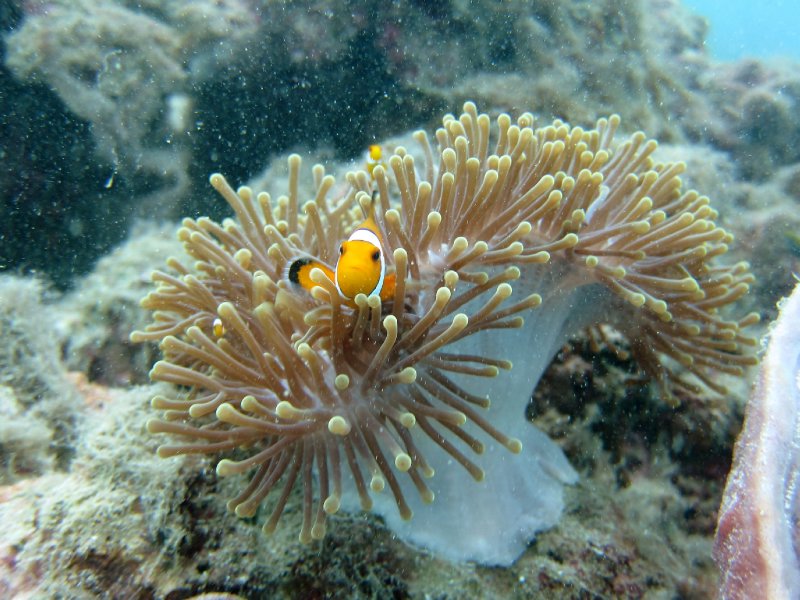 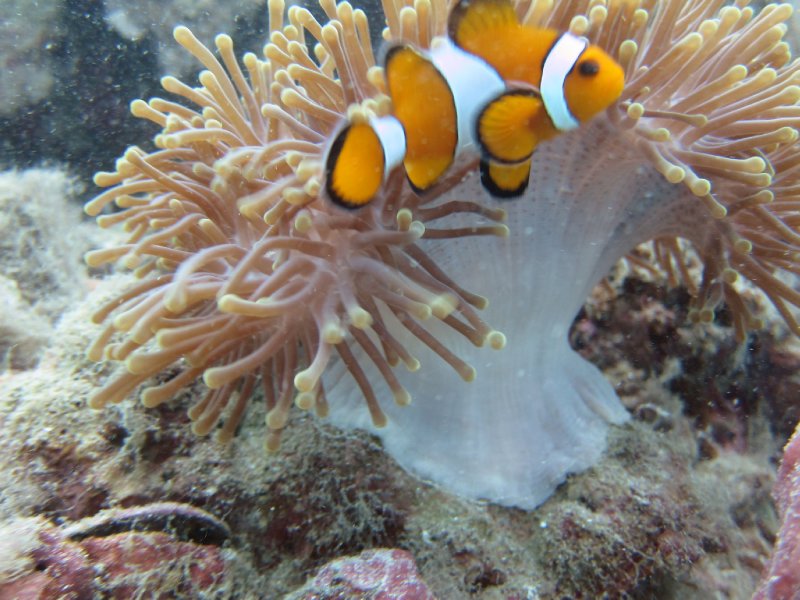 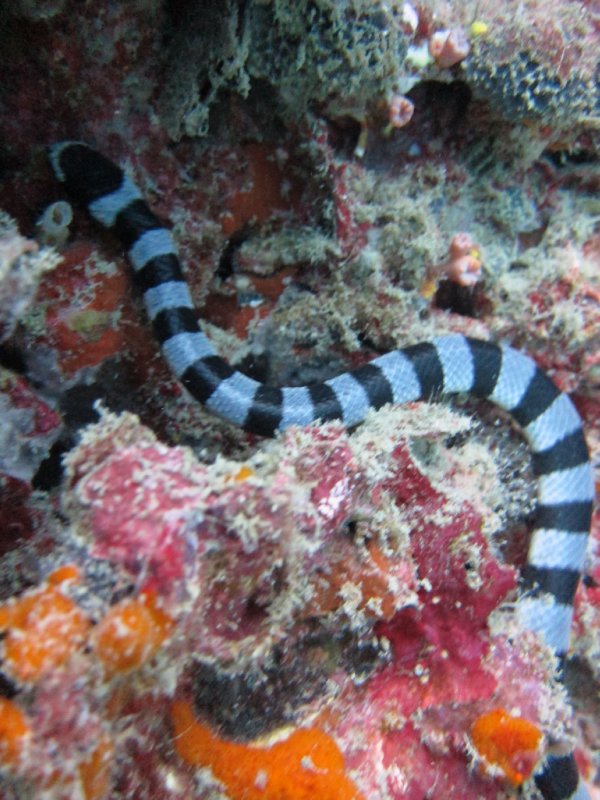 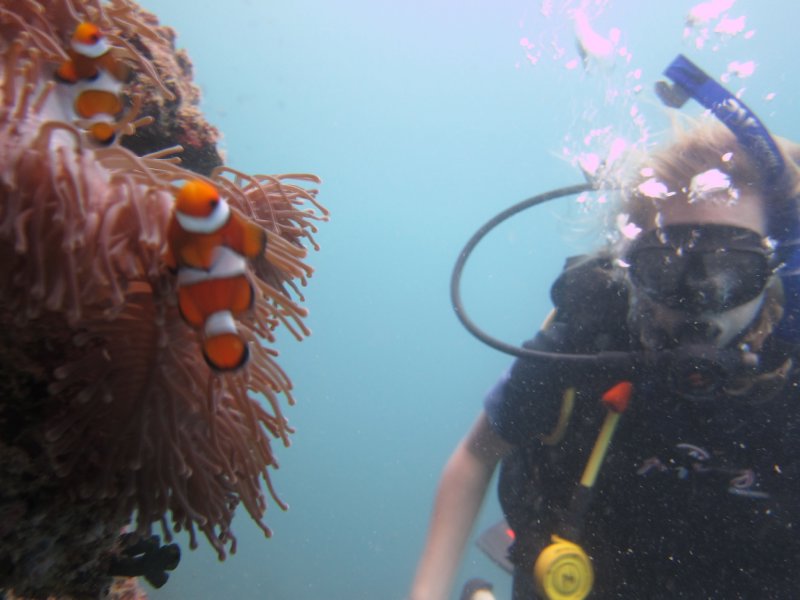 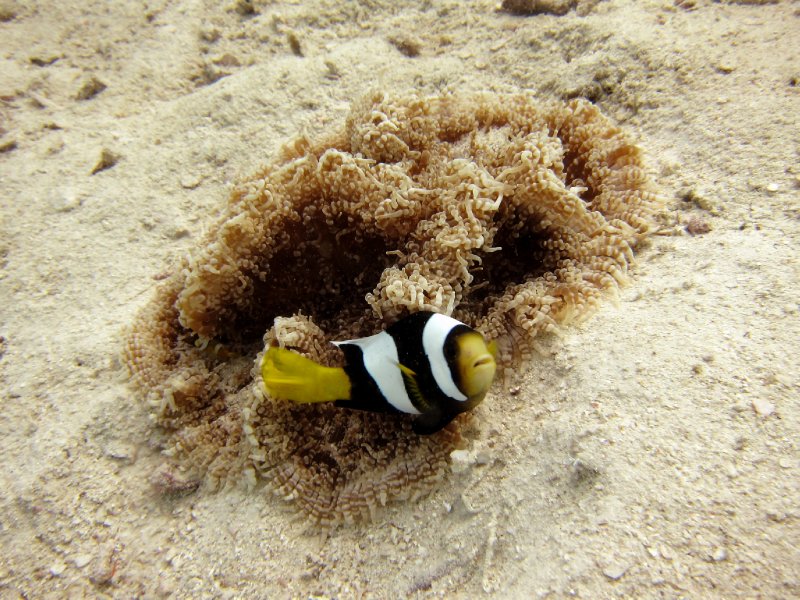 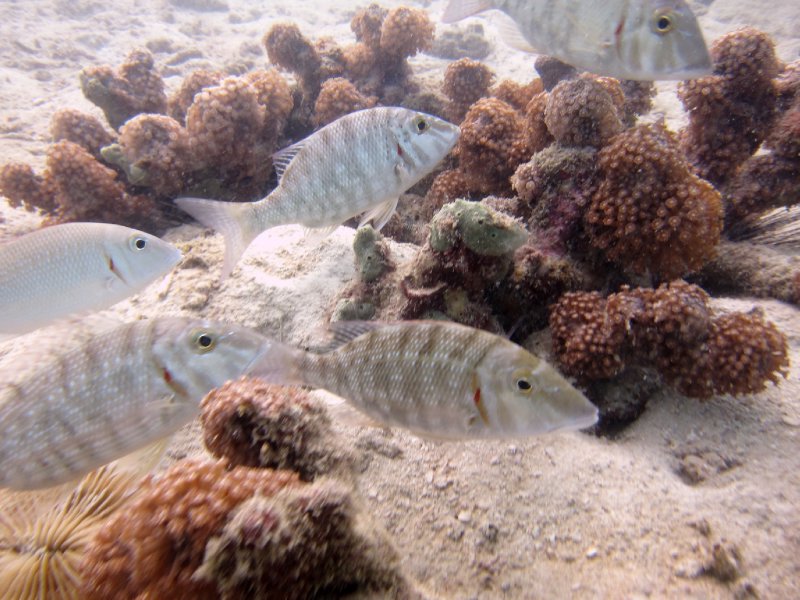 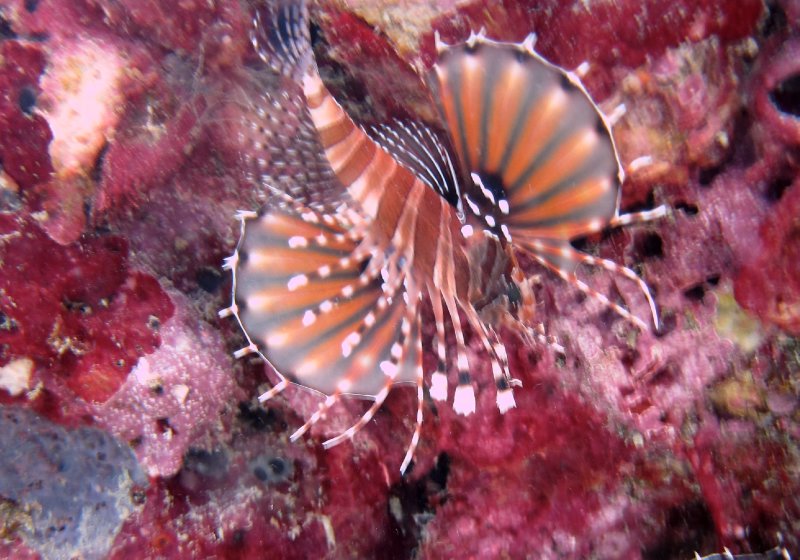 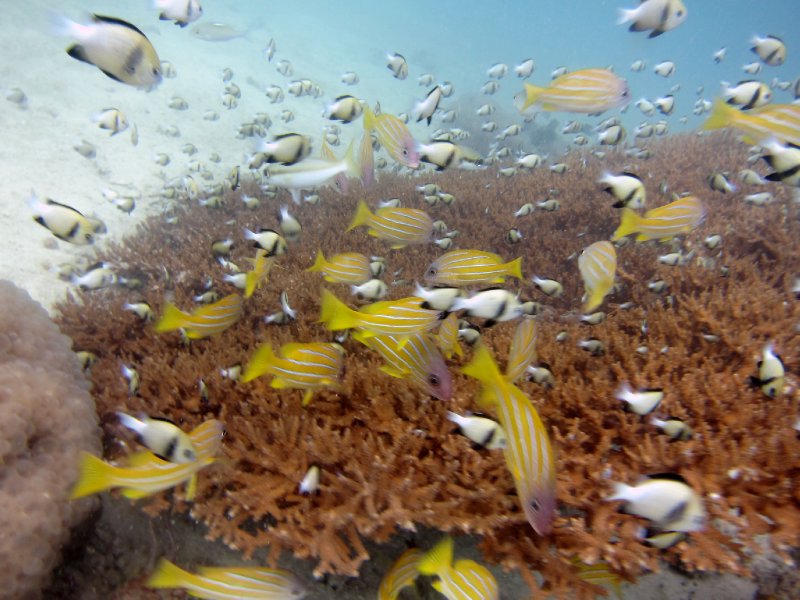 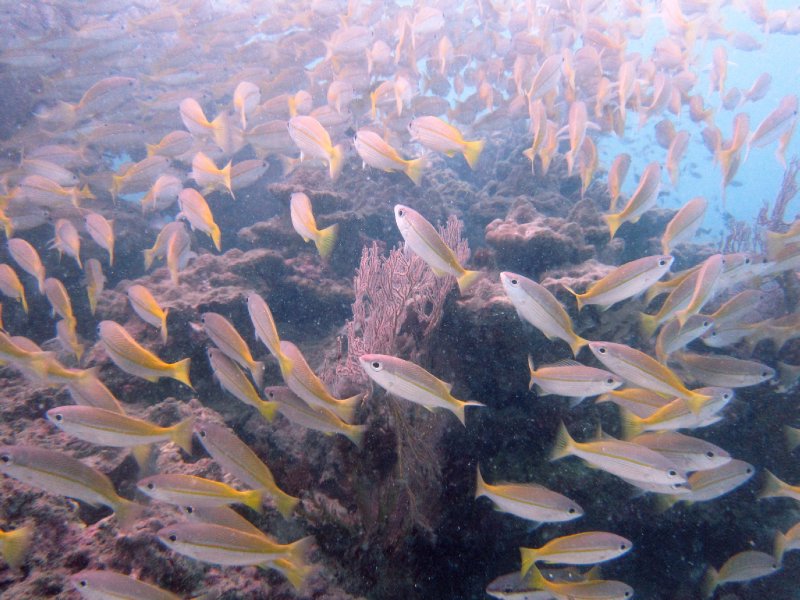 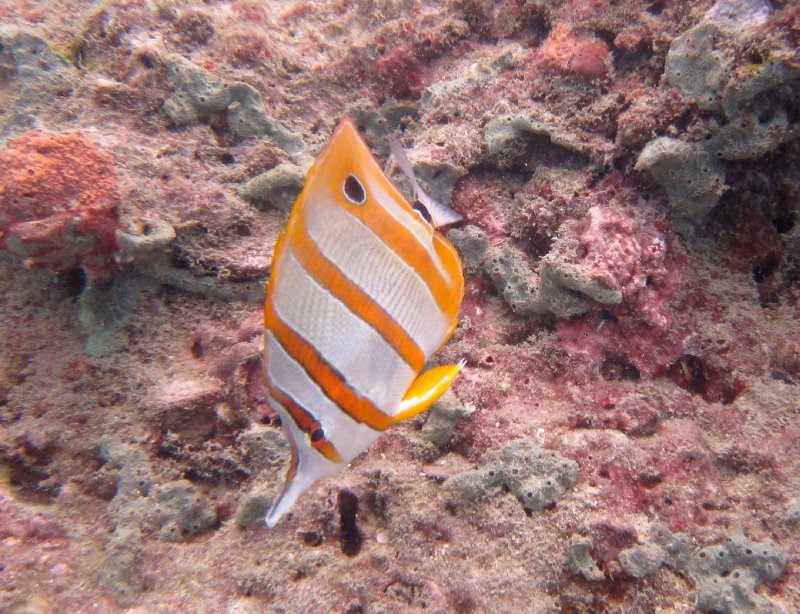 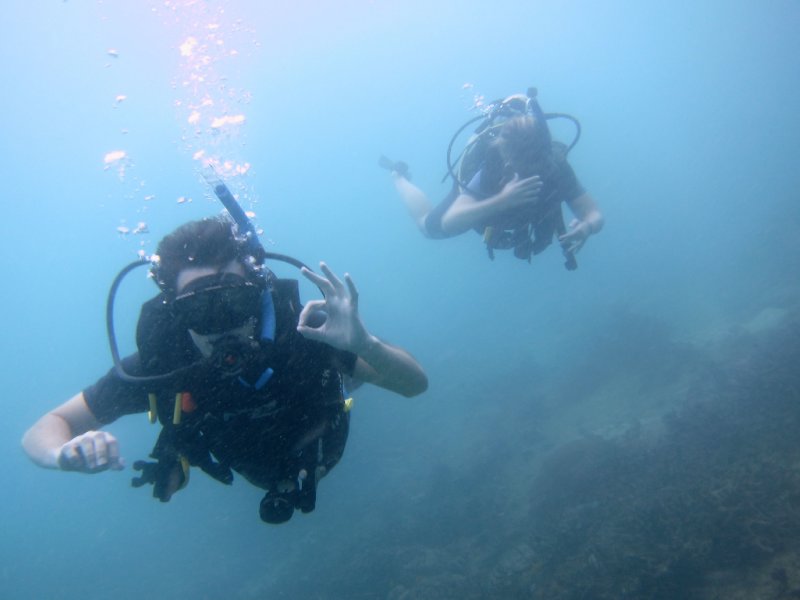 The weather ended up getting worse and Darren kindly organised for us to have a couple days break to let the bad weather pass – otherwise we would probably have had to dive the same spots again – he’s a super nice guy!

So on the 14th we found ourselves once again eagerly awaiting the mini-bus for another day of adventuring the deep blue seas. The weather was a bit better today and we ended up doing a dive on Shark Point and 2 dives off Koh Doc Mai.

When Darren told us that we were just about arriving at Shark Point I excitedly leapt up and ran to look out the window to see what it was like. All I saw was a small rock poking out of the swell. I don’t know why I was expecting to see something; I guess I was just still not used to the whole idea of everything being under the water. In fact I don’t know how people even find out that these are great dive sites because they look pretty boring from the surface. But as soon as we delved into the depths there was an explosion of colour as we dropped through schools of small fish to the reef below. There were heaps of anemones around with their clownfish counterparts and large snapper patrolled the outlying rocks, but the big draw is the prospect of seeing a leopard shark. They give Shark Point its name and are often found hanging out on the sandy bottom next to the reef. Unfortunately because the current was still fairly strong from the weeks bad weather we were unable to make it to the sandy patch, so no leopard sharks this time. The dive was still really amazing and we ended up getting a bit deeper to 18m.

The next two dives were at Koh Doc Mai which was completely different once again! Koh Doc Mai is a sheer wall and you basically just drift along it with the current. It was a very relaxing change to the energetic, high-current dive that we had just done at Shark Point. We saw heaps of cool stuff; eels, sea snakes, caves filled with big-eyed nocturnal fish, colourful nudibranchs, not to mention the large pelagic hunters like jacks that cruise the wall. Visibility was fairly poor – only like 7m but because you are right next to the wall that’s not a problem and Darren let us use his torch – legend. Once again we got down to 18m. 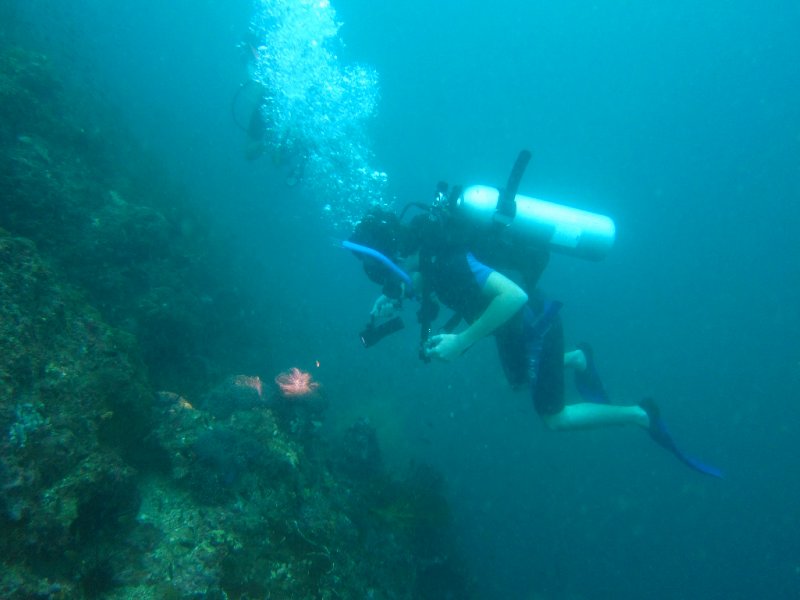 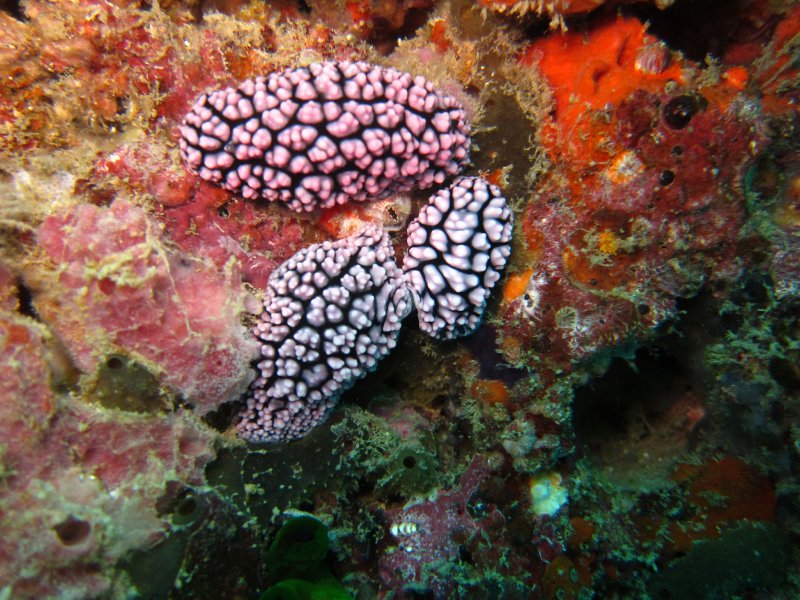 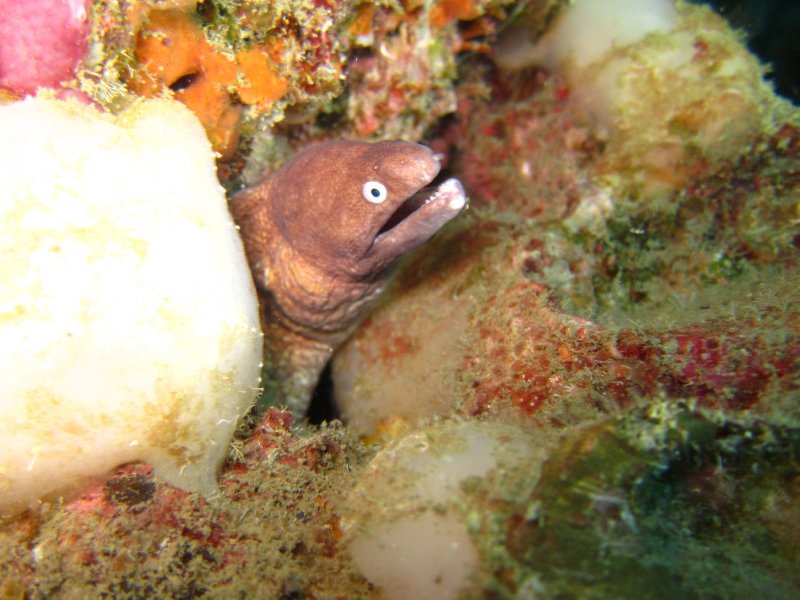 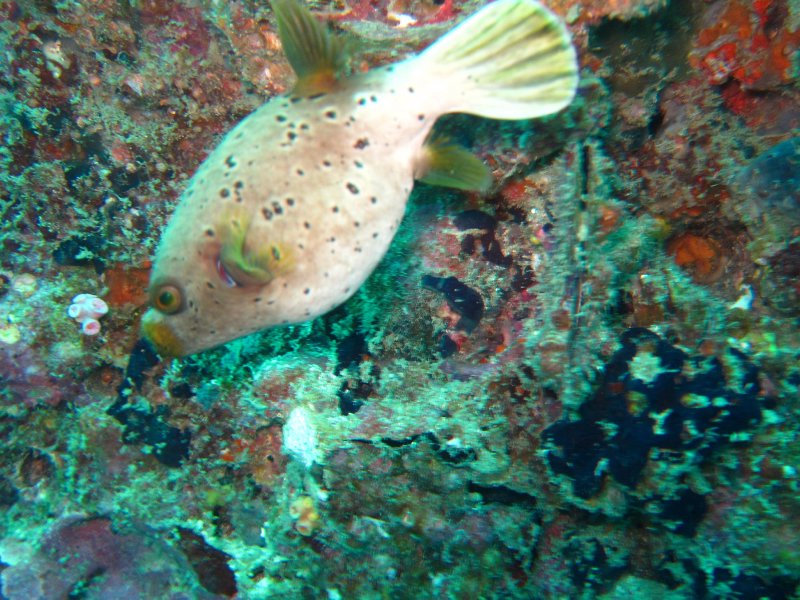 ^^ Little box fish not bothered by us 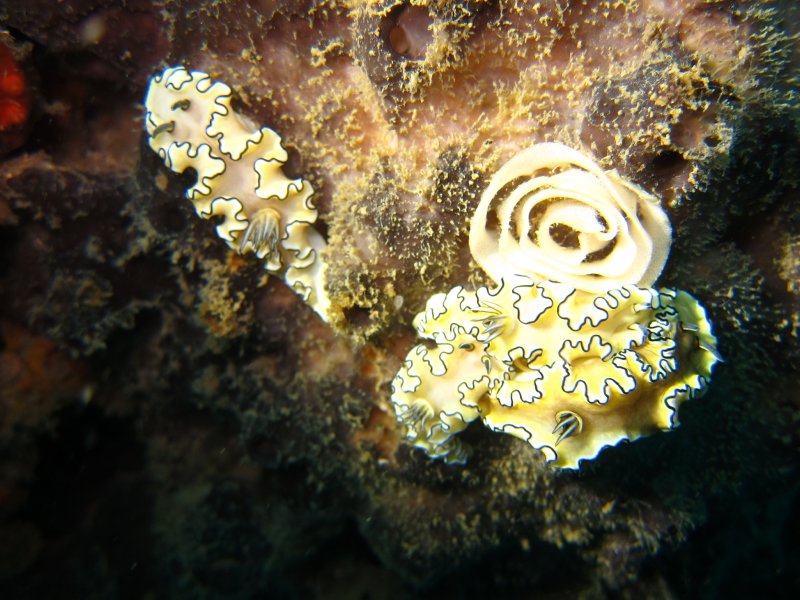 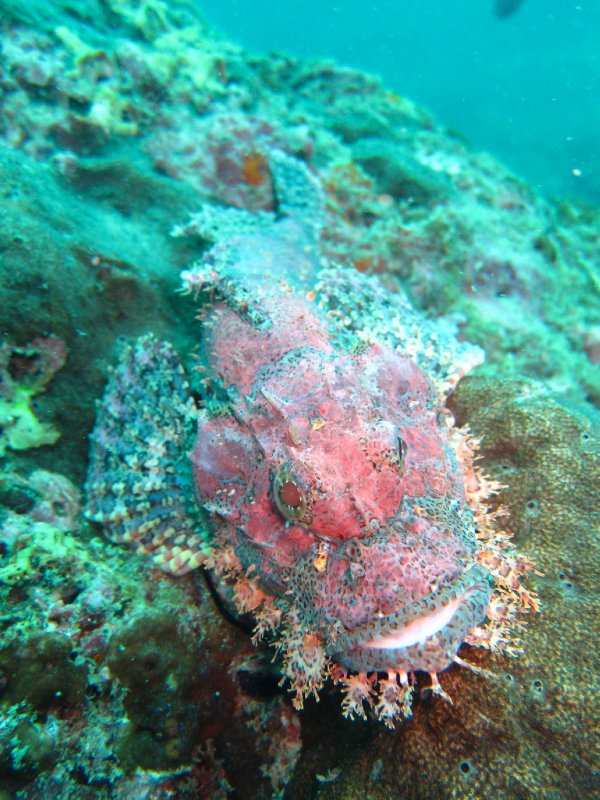 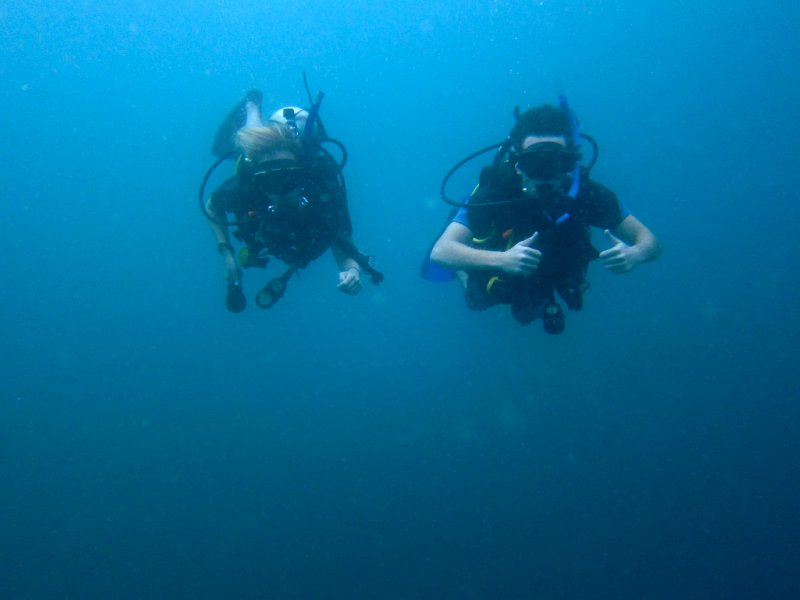 ^^ In the deep blue whale shark spotting while we made our safety stop. No luck though.

We ended up paying 12,500 baht per person which is about $390. We thought it was a pretty good deal for the 3 day course and 6 dives – including all equipment.

After our last dive we were a bit sad that it was all over and instead of feeling fulfilled with our experience we were left with the insatiable lust for more. So the decision was pretty much made up for us, we enrolled in the advanced open water course and another 6 dives!! Wooo! Plus it was only another 10,000 baht or $310 for the course and 6 more dives. A good deal I reckon – go All4Diving!