Day 2 in New Delhi began at 9:00am with a visit to Gandhi Smriti. Now a memorial, it is where Mahatma Gandhi spent the last 144 days of his life before being assassinated on January 30, 1948. While we were there a procession of women adorned in colourful saris surrounded a burning flame and prayed before leaving single file. It would have been made more memorable had we not watched the procession while a group of 6 boys took turns sneaking close to us for an unwanted photo opportunity. Oh well that’s the price you pay for being world famous millionaires….oh wait a second. 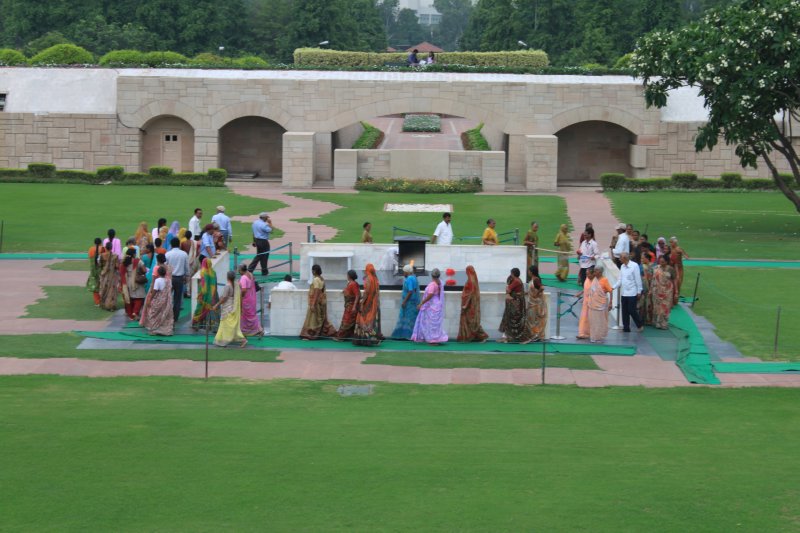 After leaving Gandhi Smriti we stopped for a quick paratha (delicious flat bread with vegetables), before heading to Purana Qila. It is an old fort built in 1538. After Humayun became emperor he used the tower in the fort as a library, where in 1556 he slipped down the stairs and died of his injuries! 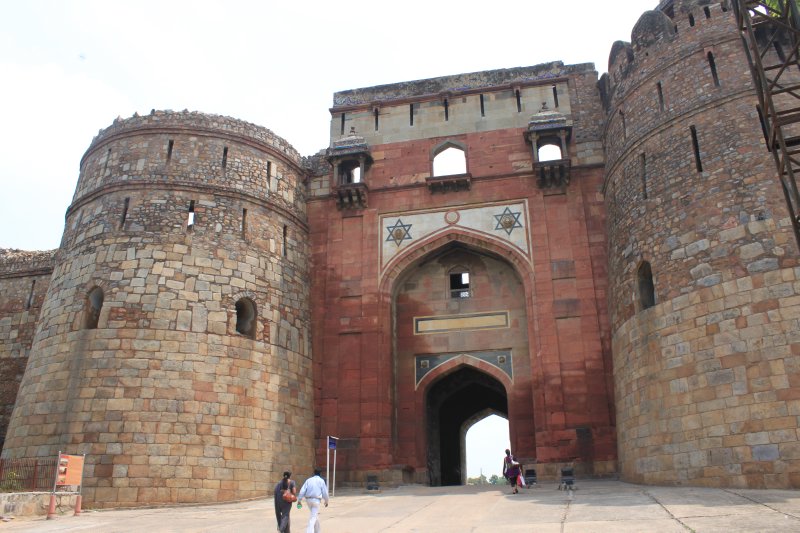 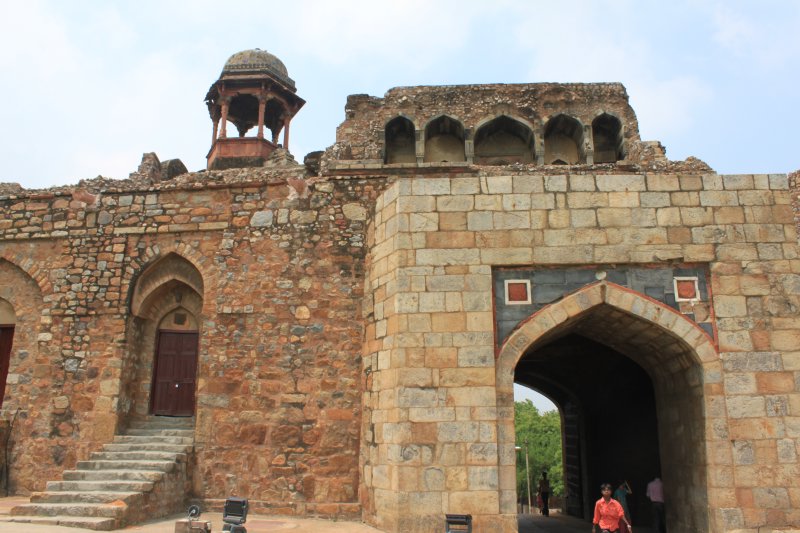 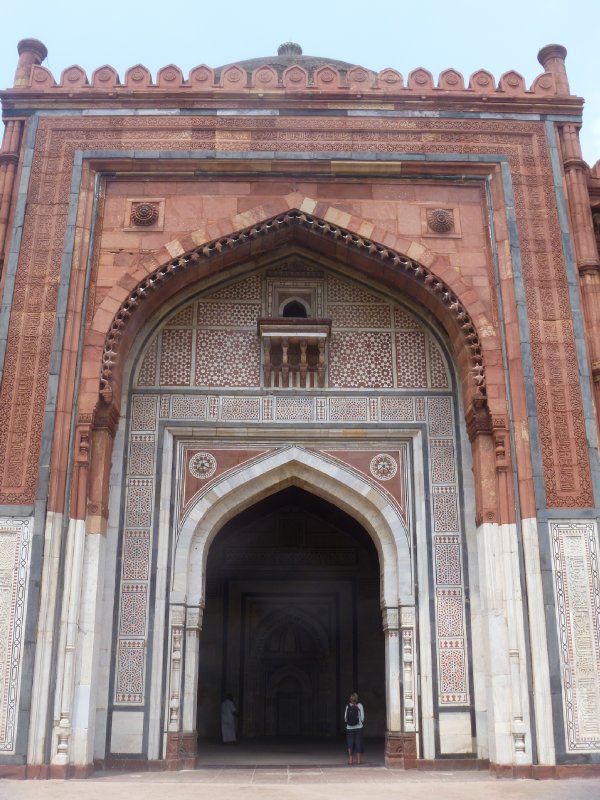 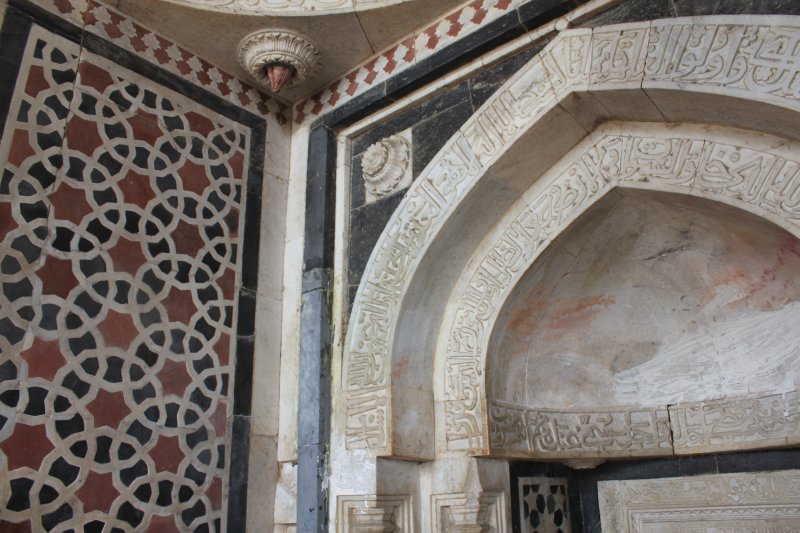 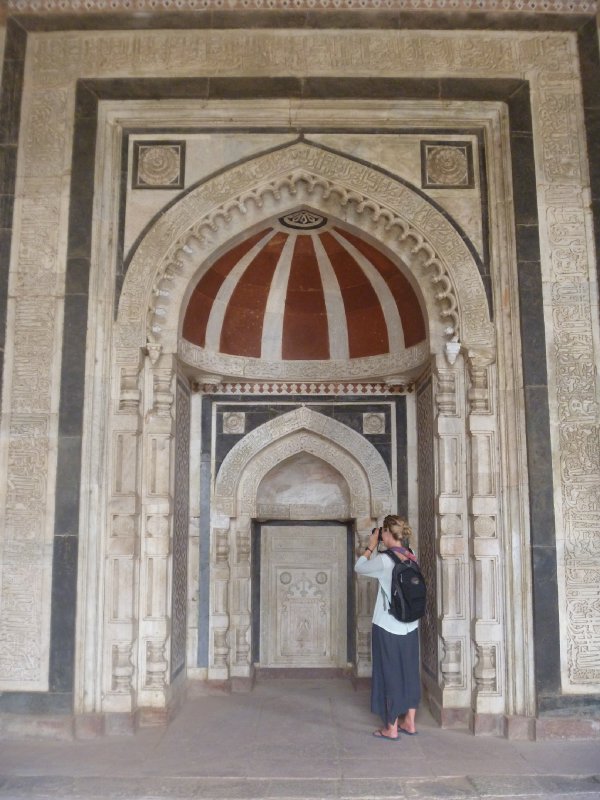 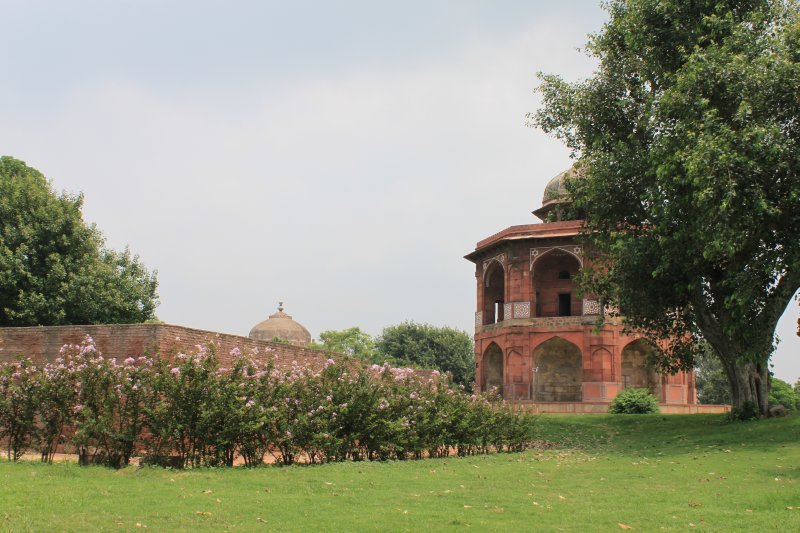 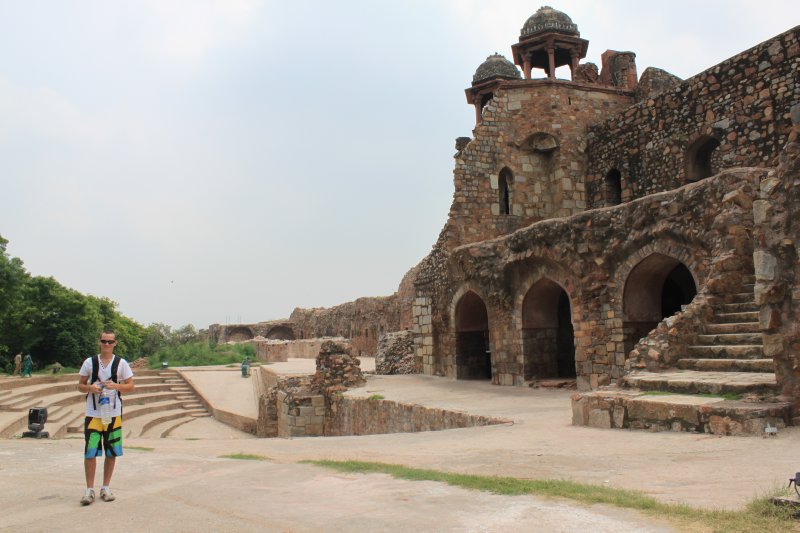 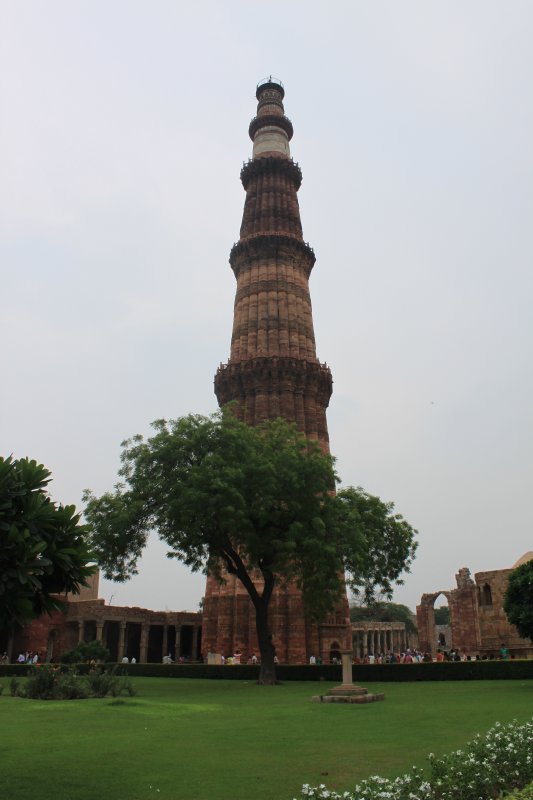 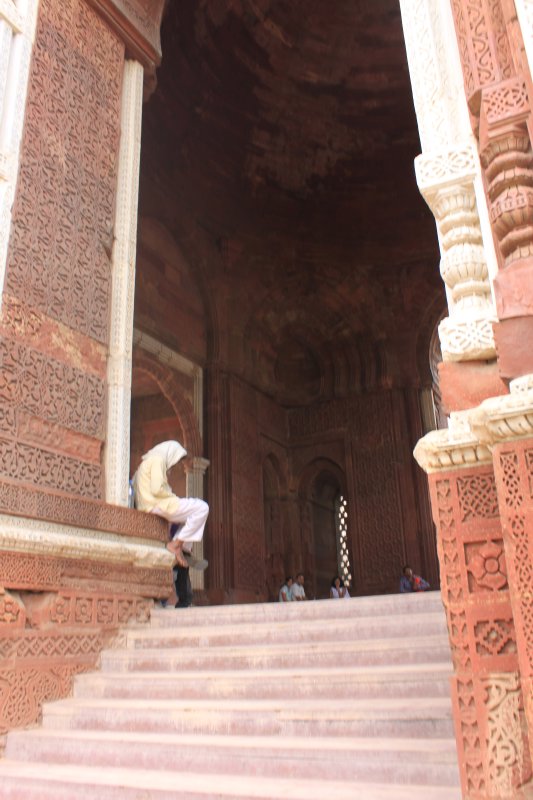 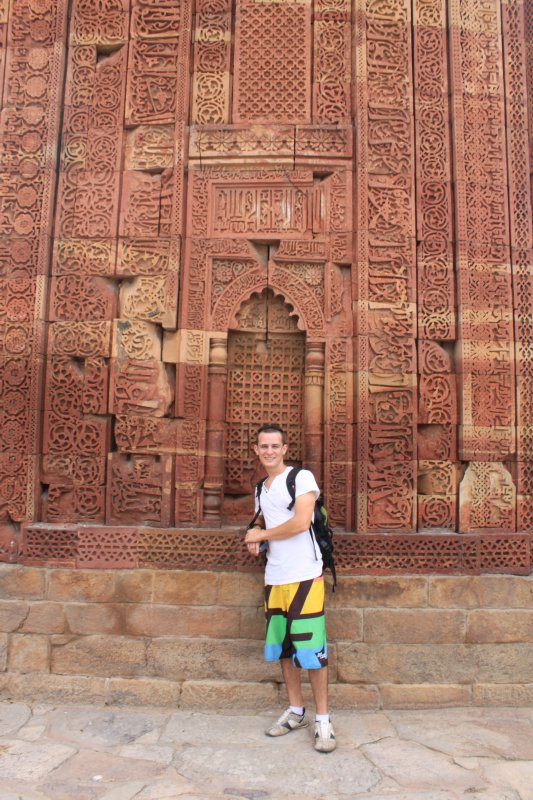 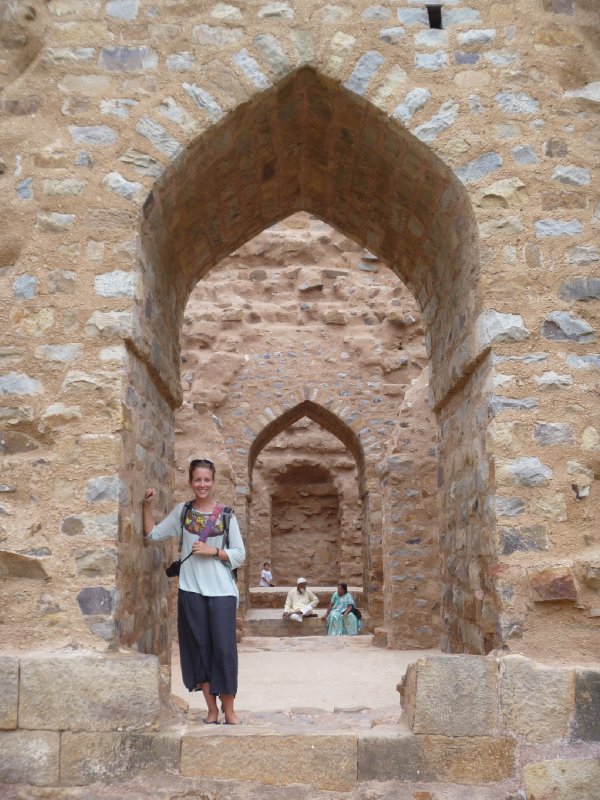 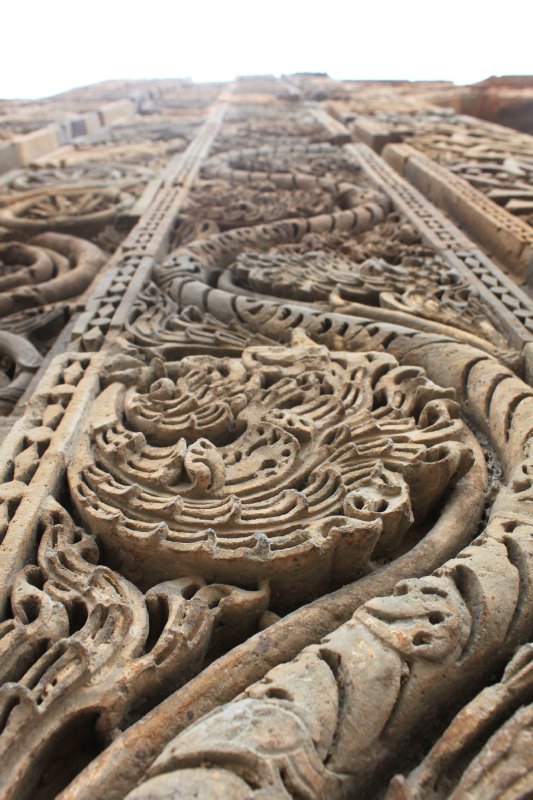 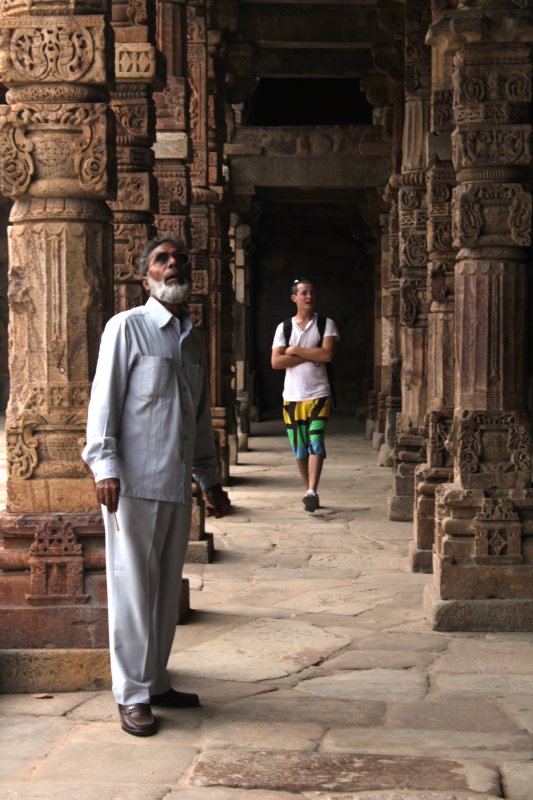 By this time it was stinking hot so we asked Galoo (our driver) to take us to the nearest air conditioned building. We ended up in a large shopping centre – Galoos first time as well. We just got milkshakes and banoffee pie – the pie was a big let-down as it was just whipped cream with sliced banana on top haha Indian version I guess (my Scottish aunt Yvonne’s banoffee could be the world’s best).

By the time we were all done it was around 4:00pm so we asked Galoo to take us back to the tourist office to collect our train tickets and hotel vouchers. When we arrived the tour agent was not happy that we were back so early and demanded we go back out and sightsee some more! Not wanting to upset the giant, bearded, Sikh warrior-like man we quickly headed back out to visit the Presidential Palace & Parliament House, as well as some Temple that I don’t know the name of. Probably the first time we have been forced to sightsee haha. 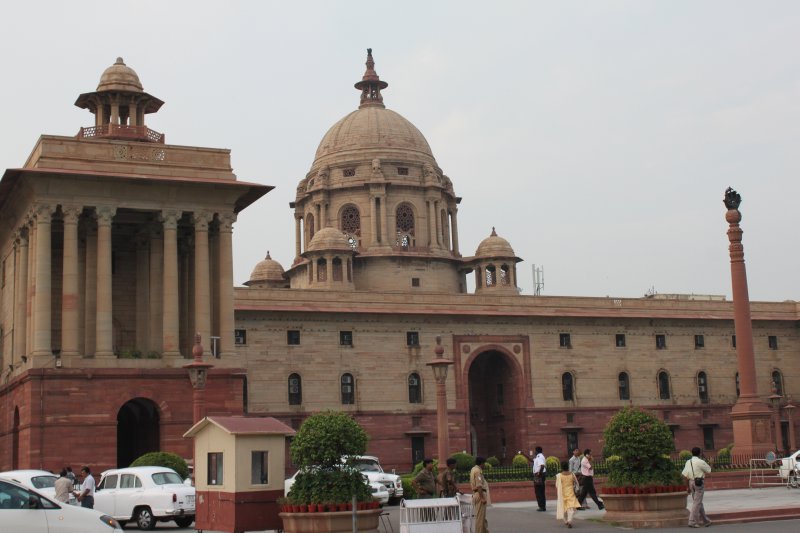 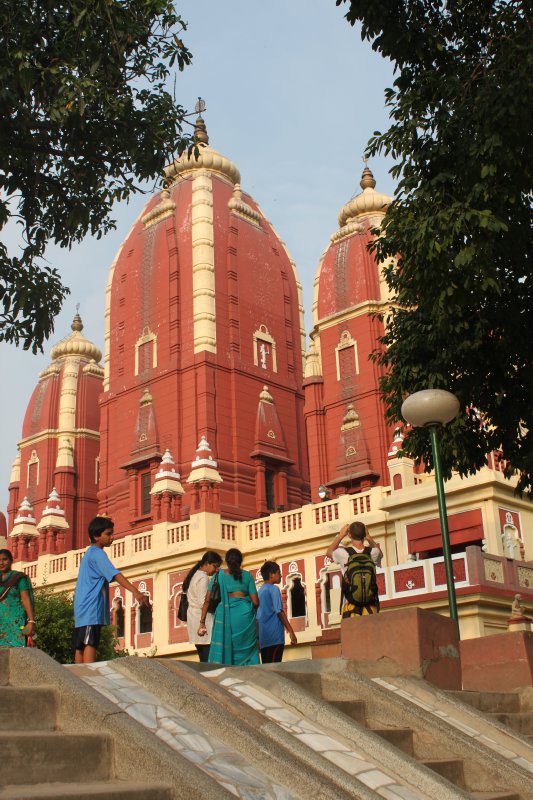 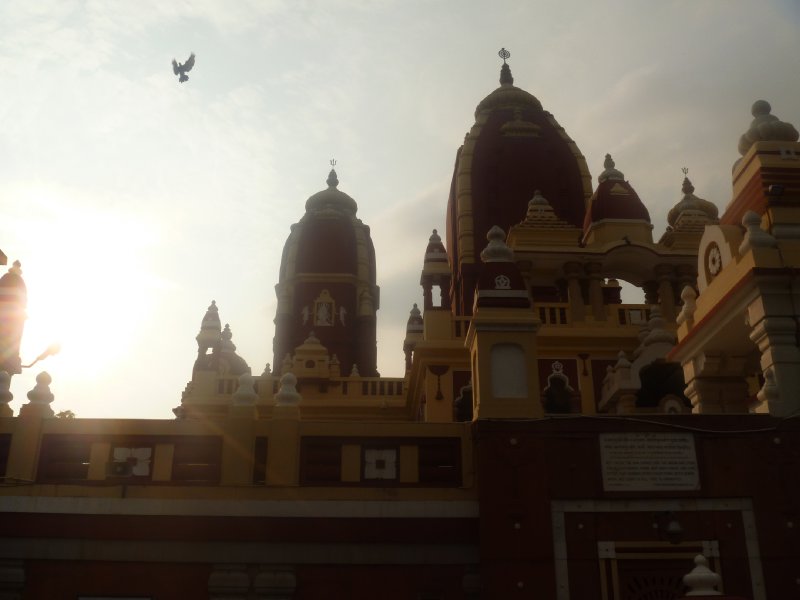 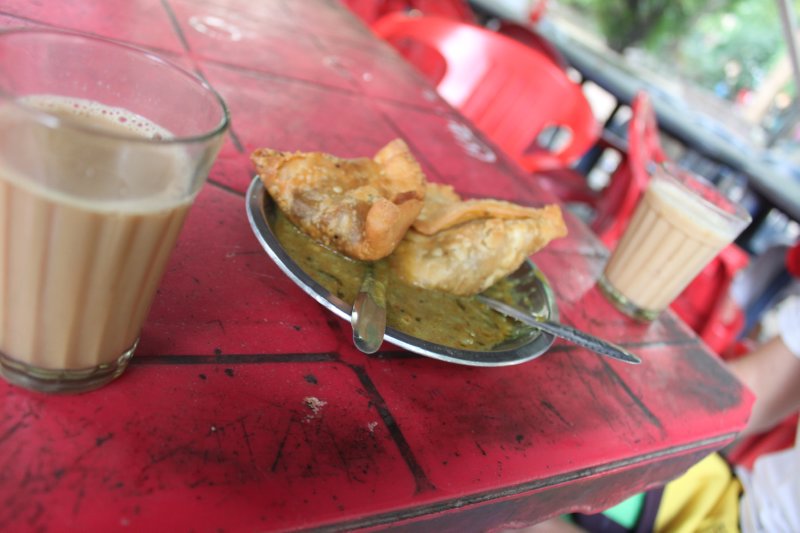 ^^ Chai and Samosa for afternoon snack 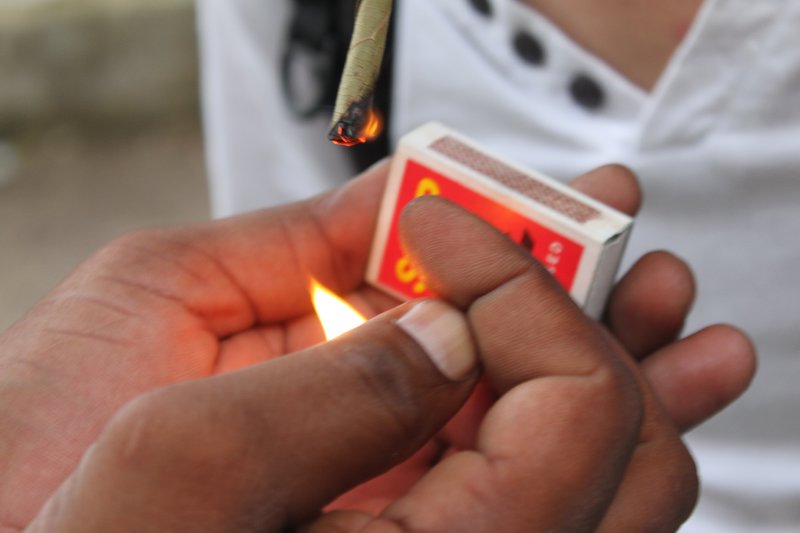 We have pretty much seen everything Delhi has to offer in 2 days so tomorrow we are heading off early in the morning to Jaipur.