We arrived in New Delhi around midnight and were met by our hostel transfer. We chose a hostel called Hostel New King because it was cheap and fairly central, near the train station. Our transfer was a bit dodge because when we had ‘arrived’ it was in the middle of a dark stinking street and when we asked where the hostel was he just put his hand out, our options were to tip him or not be shown where to go. Luckily I had some small notes and it was enough for him to lead us down several alleys to the inconspicuous entrance to Hostel New King. When I say that the location of the Hostel was a bit of a shithole it is no exaggeration. Apparently the public toilets are at the entrance to the hostel and the stench of urine and faeces burns your eyes/lungs if you don’t time your blinking/breathing correctly. I wouldn’t recommend staying here as the advertised ‘hot shower’ is actually just a broken off pipe that spews ice water at you in a bathroom that has never been cleaned before. Also the bed was so dusty that we both almost overdosed on antihistamines trying to sleep. But hey, if you are on a tight budget like us I think it’s one of the cheapest options in town. 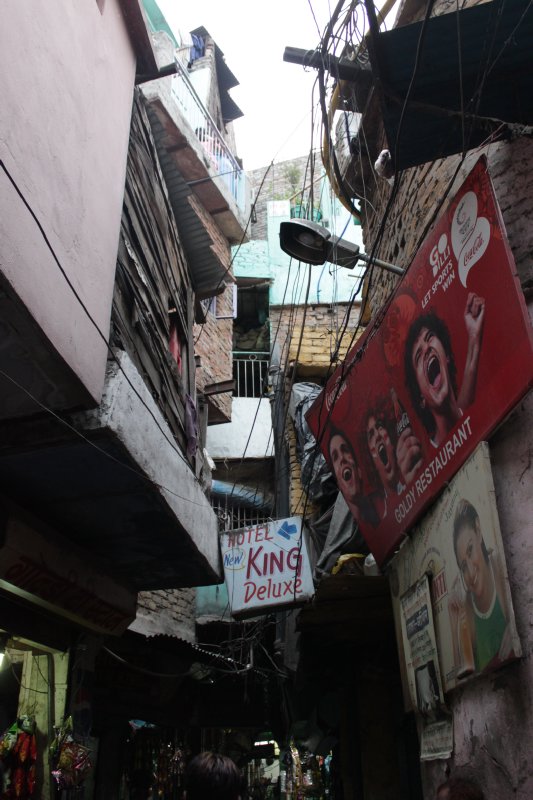 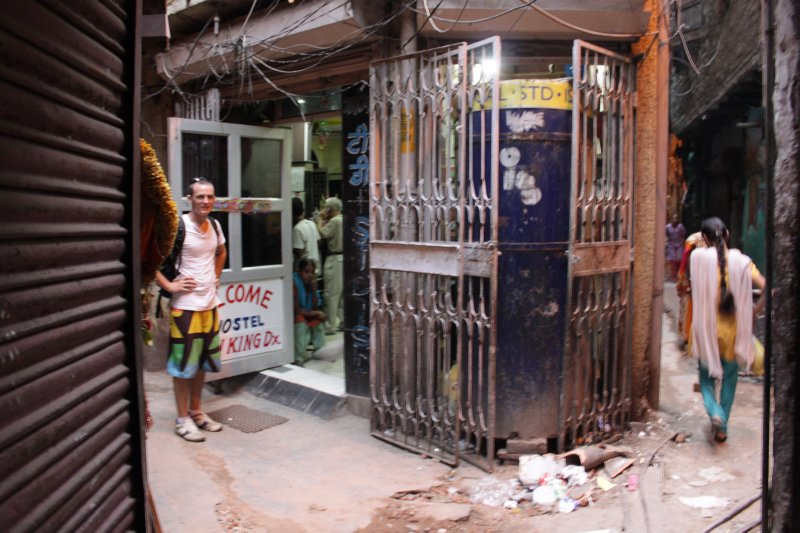 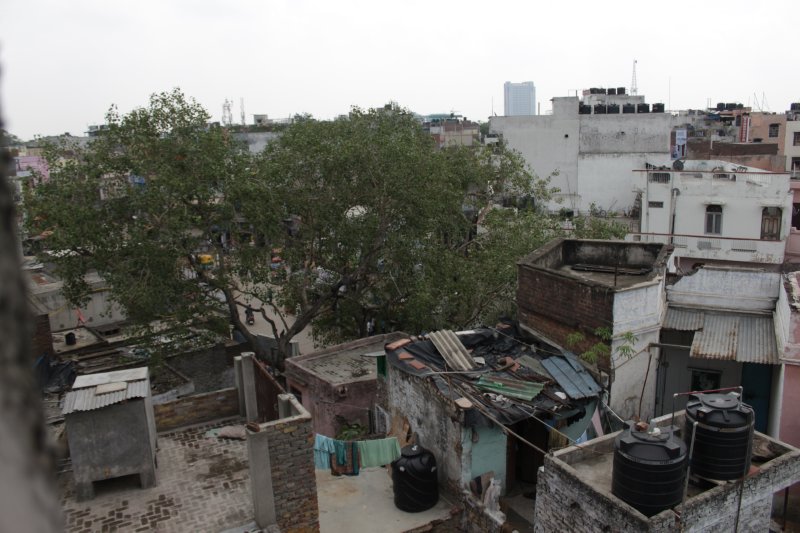 ^^ View from our room

In the morning we went out to a fast food place called Bangala food – a bit like Indian McDonald’s except curries instead of burgers. We then went to the ‘Tourist Information Centre’ – although in hindsight I am pretty sure it was not the government run one and we were talked into buying 8 nights’ accommodation, 6 train tickets, a 6 day private car tour, and a bus into Nepal. We ended up spending $800 on our first day in India. I don’t know what we were thinking; we have never done anything like this before. It was like we had been hypnotised or something and when we arrived back at our hostel we just looked at each other and were like ‘what the fuck just happened?’. It must have been that world-renowned Indian salesman magic that caught us off guard haha

. Oh well we just have to cross our fingers and hope that everything turns out good – and that we weren’t just severely scammed – only time will tell.

The moment we swiped our credit cards there was a driver outside who was ours for the next 6 days – a bit fancy! So off we went. First stop was India Gate – a memorial arch tributed to soldiers who died in World War 1. The funniest thing was that we weren’t actually allowed to stop and see it. Our driver Galoo just stopped the car in the middle of the road and we took a photo from the window haha! India definitely is different. 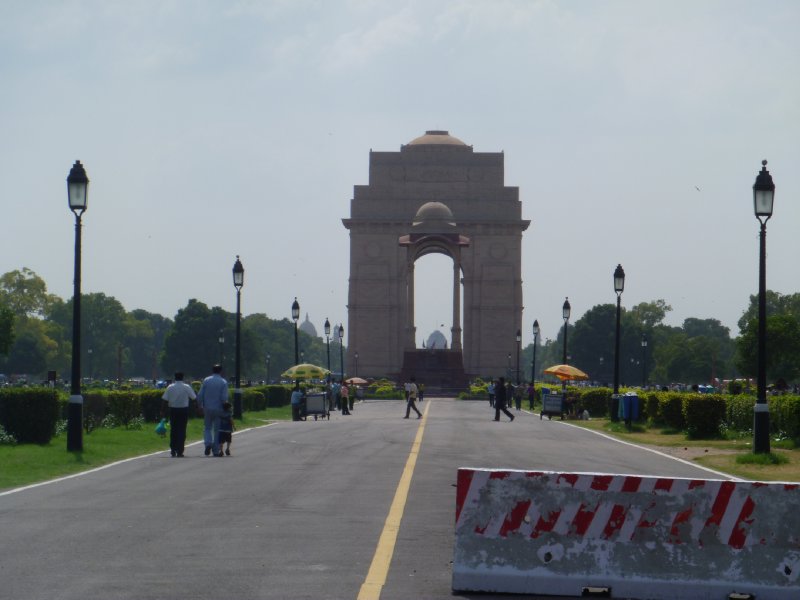 Next stop, the Tomb of Humayun. Humayun was a Mughal Emperor in the 16th century, after his death this beautiful tomb was commissioned by his widow, Haji Begum. The style displays early Mughal architecture and it is said to have inspired the Taj Mahal. It’s a really stunning site with over 30 acres of gardens and ponds. 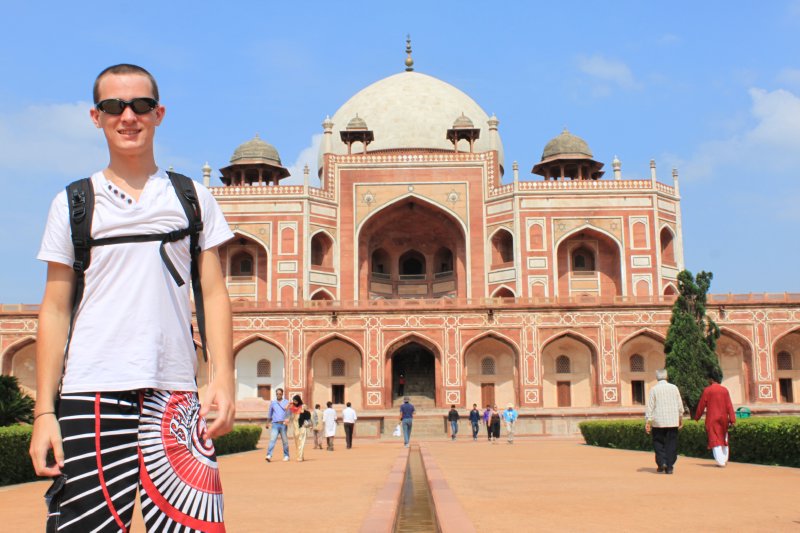 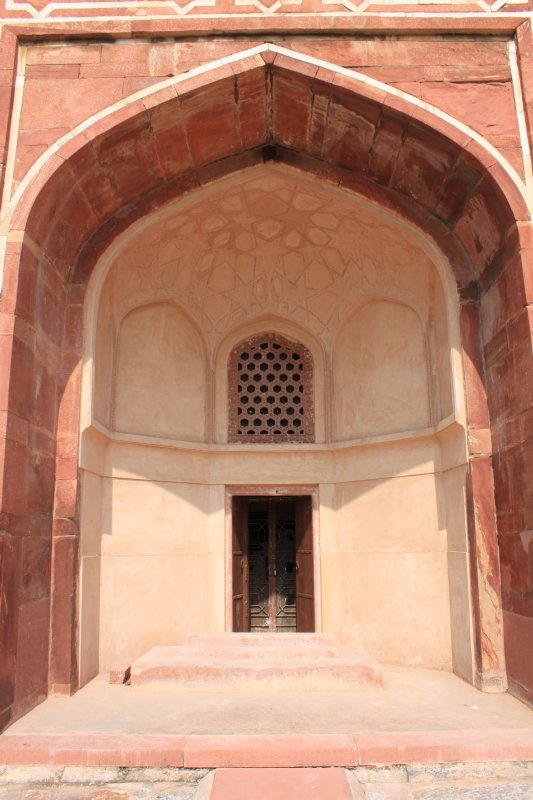 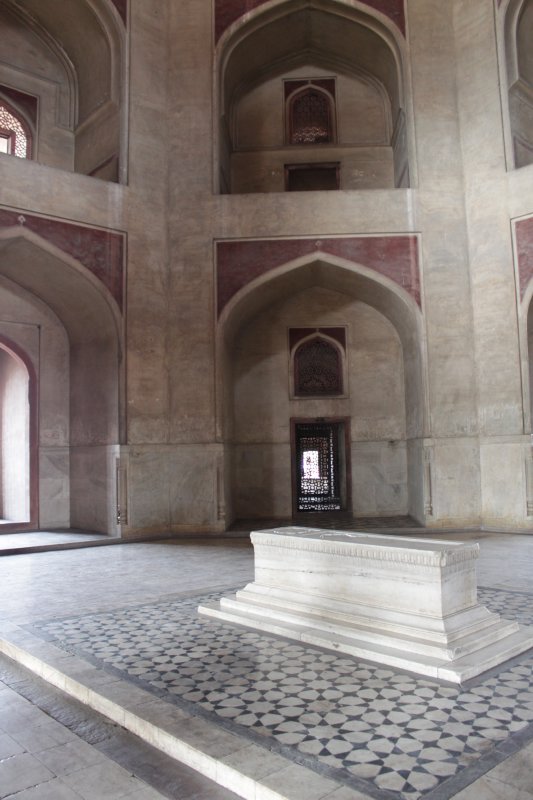 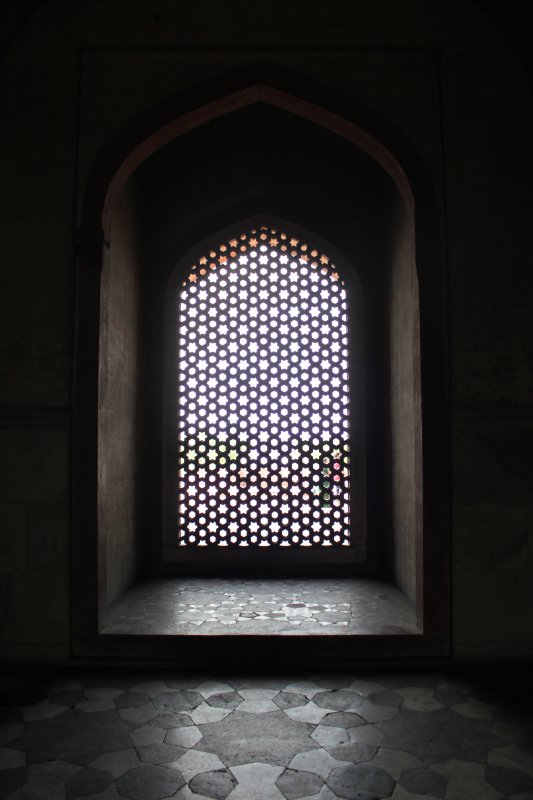 ^^ Travelling from Mecca to medina, Prophet Muhammed and his follower Abu Bakr were chased by enemies and took refuge in a cave. After they entered, a spider covered the cave’s entrance with a silver web. Seeing the web-covered entrance, the enemies did not search the cave and the Prophet was not harmed. The sculptors of Humayun’s Tomb stylized the ‘magic web’ in stone. ‘Lattice screens protect the tomb of the emperor at the centre of the monument and its deepest mystery: in the Island of the Orient, the central room of mausoleums for sovereigns and saints represents the Cave.’

Next stop, the Lotus Temple. It was built in 1986 and is a Bahá'í House of Worship. It has 27 white marble petals and sort of reminded me of the Sydney Opera House. 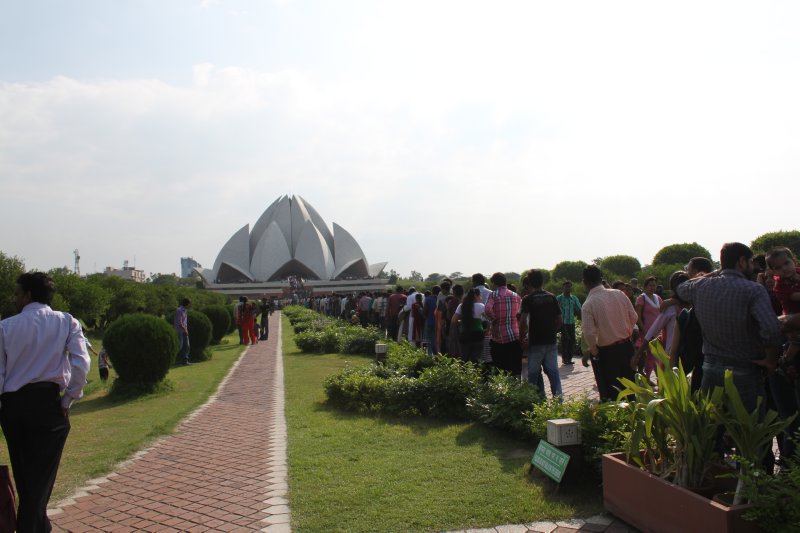 Our last stop of the day was at Red Fort. Built between 1638 and 1648 it served at the residence of Mughal Emperors. The fort lies on the Yamuna river and until December 2003 was an occupied garrison of the Indian army. The Australian smart traveller website told us we probably shouldn’t visit because of bomb threats, but we didn’t get exploded so it’s all good! 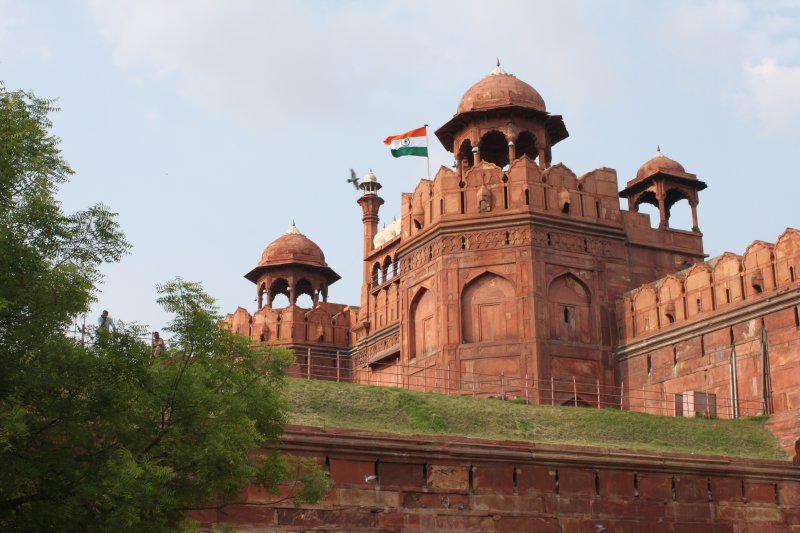 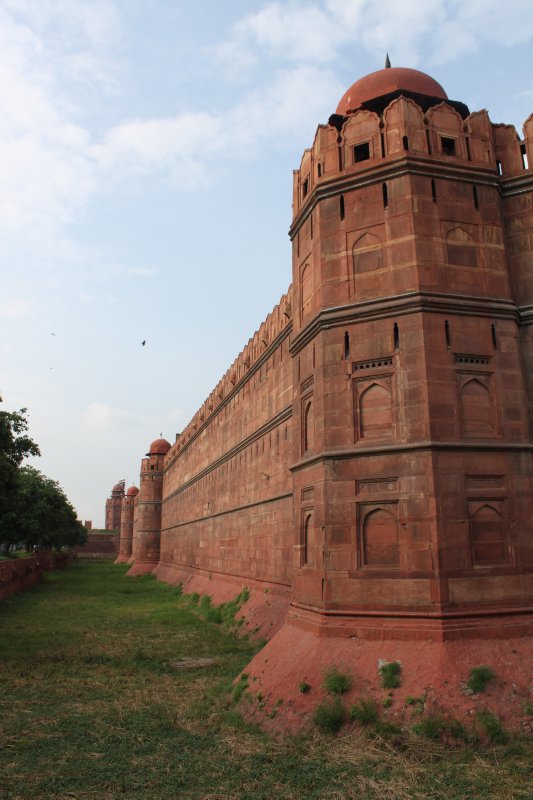 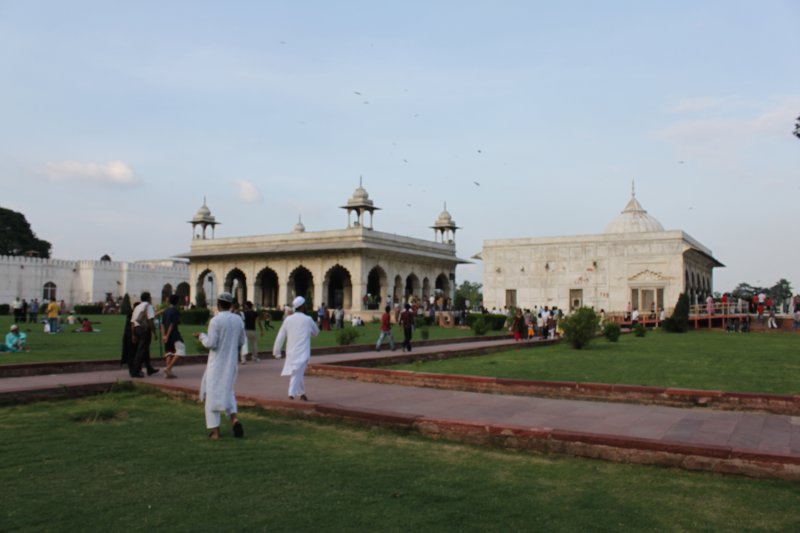 ^^ Marble pavilions in the courtyard 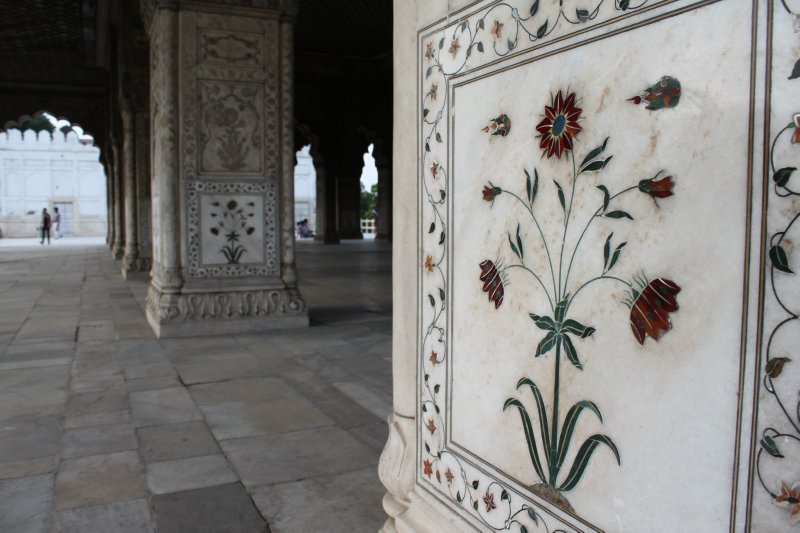 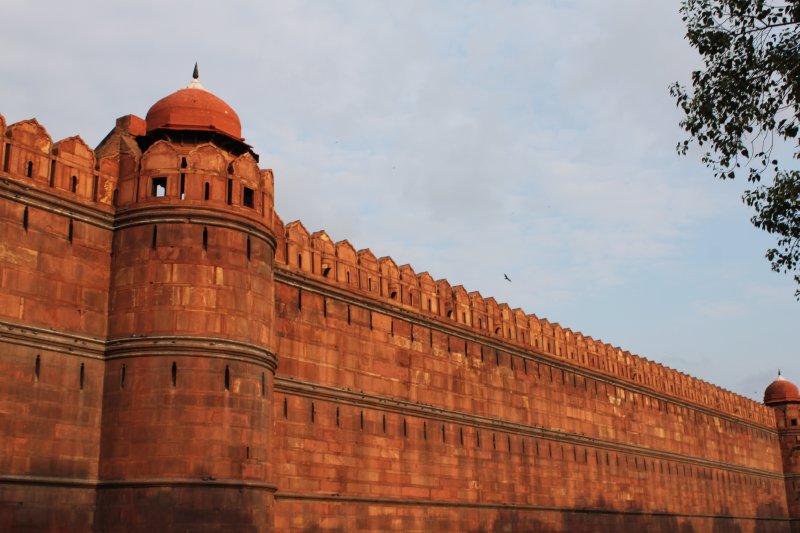 It was our first real day in India and a slight culture shock for us. Everywhere we went a crowd followed taking photos of us like we were Brangelina. Kirby’s long blonde hair didn’t help the situation at all. At first it wasn’t a big deal but by the end of the day we were sick of being followed everywhere with camera phones in our faces. It’s a bit intense really, I’d like to know what the hell they do with all these random pictures of tourists. The second strangest thing of the day was the cows everywhere. The cow is sacred in India and they basically have free reign wherever they want to go. At one point a cow was laying in the middle of the road and the traffic just had to sit there and beep at it until it decided it was going to hop up and walk off. 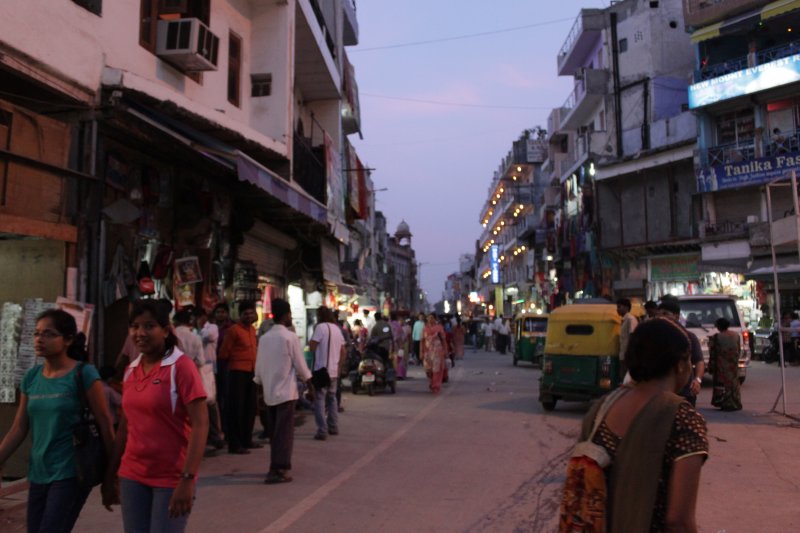 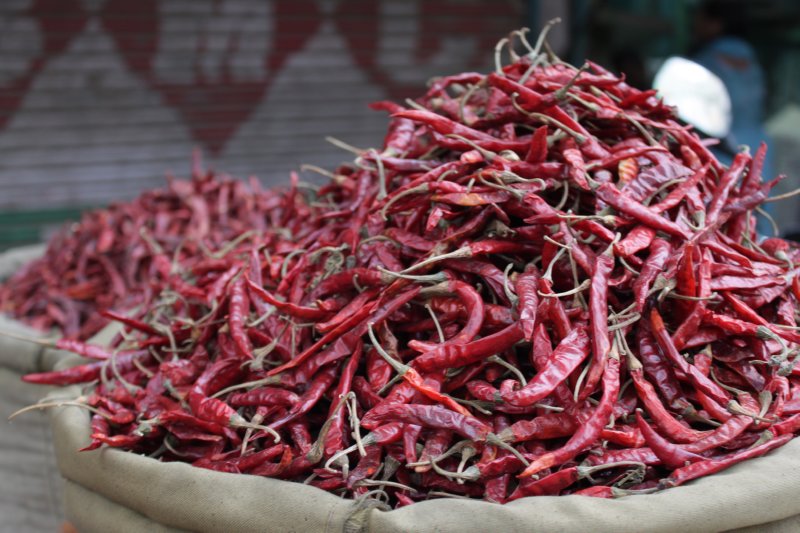 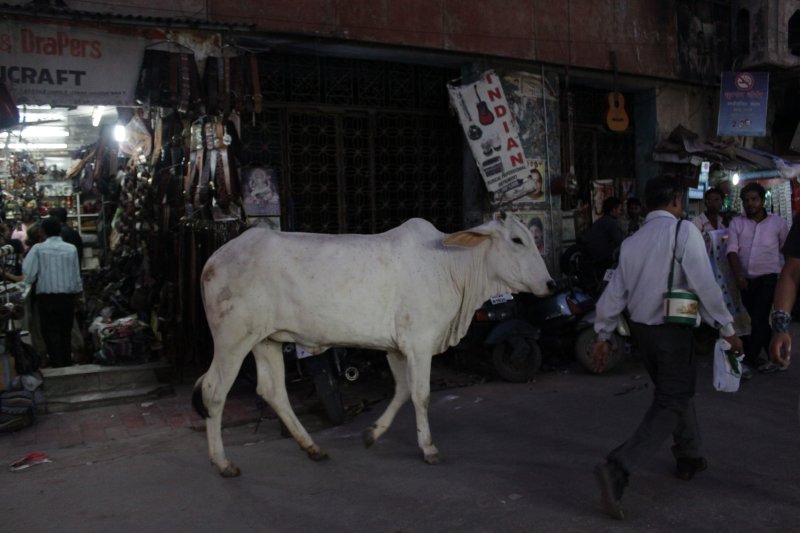 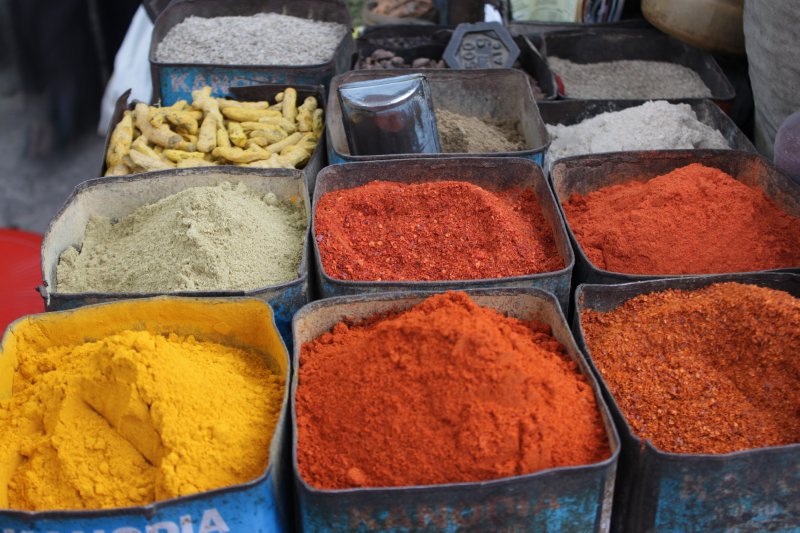 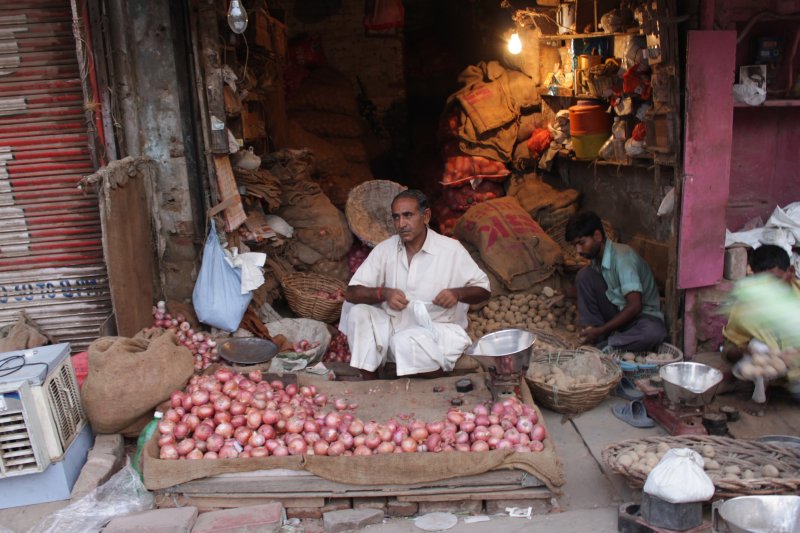 We had a big feast before heading back to the hotel and it was delicious!! Woo Indian food is great. Looking forward to a month of Indian food! 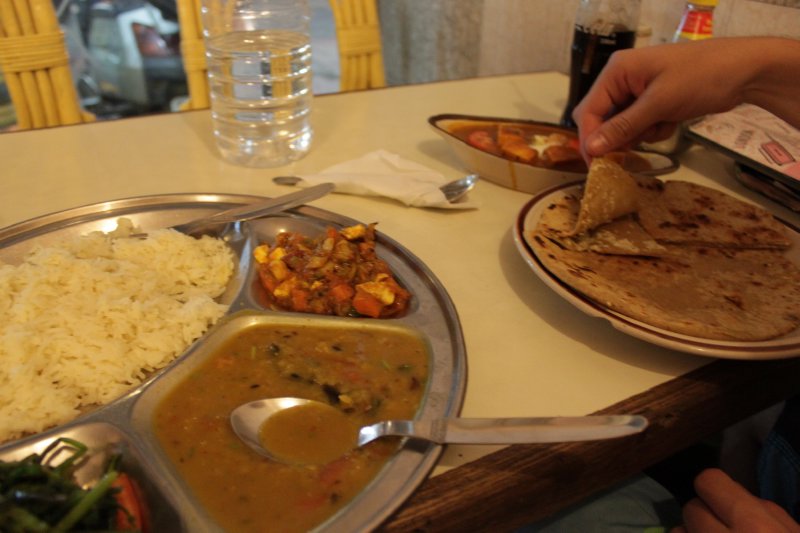 Tomorrow we have another huge day planned so off to bed.