In the morning after our raging ‘ping pong’ night everyone decided to go shopping for clothes. Uninterested though I decided to treat myself to a few extra hours of beauty sleep. Apparently it was all very non-eventful though; as when I met up with them later there were no funny stories or anything that should be mentioned on this blog, other than that Kirby purchased a shirt from a local designer with purple werewolves’ heads all over it. 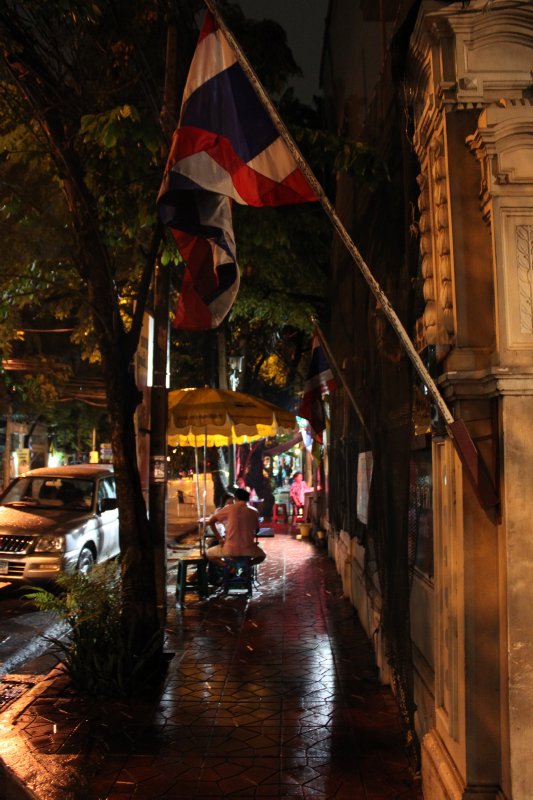 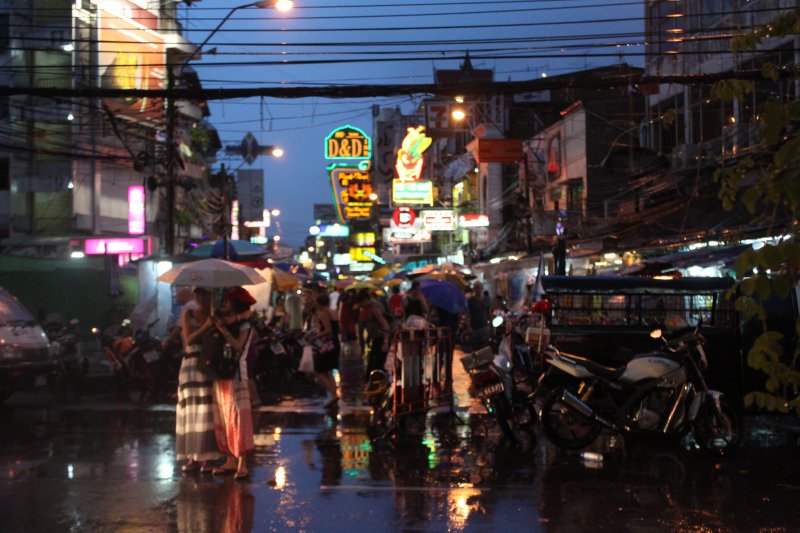 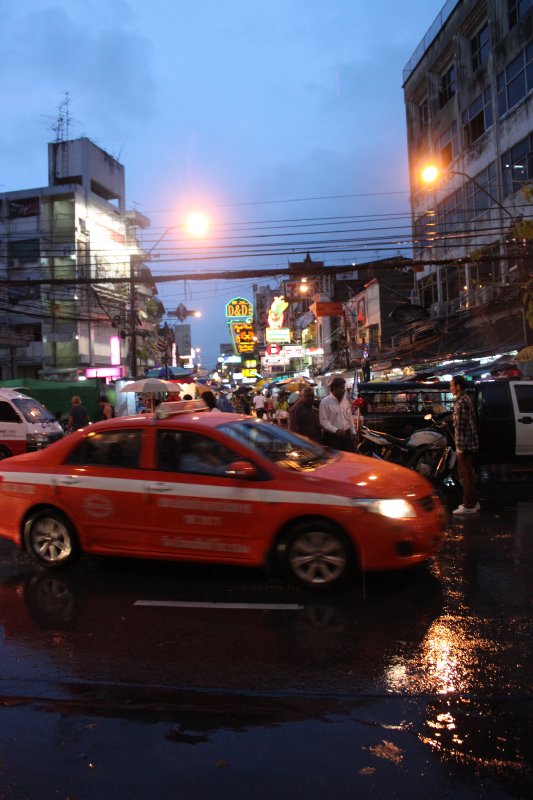 We decided to head over to Paragon shopping centre. Apparently reserved for the elite of Bangkok and aimed to please the rich international clientele from Dubai. But nothing is too richy for Australians in their Billabong thongs so we invited ourselves in and instantly felt stupid that we didn’t wear our tailor made Ralph Lauren suits. Talk about fancy, this shopping centre is several floors high and boasts both a Lamborghini and Maserati showroom, not to mention the Versace, Armani, and jewellery stores that have a man in a tuxedo to buzz you through the bullet proof glass doors. After perusing shops that we could only dream of trading at, we headed down past the aquarium and to the food court. The food was amazing! It was food court cheap, but Paragon standard. I had roasted duck with a crispy pork salad and rice for like $4.

After getting sick of being looked down on we headed to a more mainstream shopping centre called Central World where we watched the newest Transformers movie. After that we just got some beers from the 7/11 and chilled in Ellie and Stevens hotel room drinking. 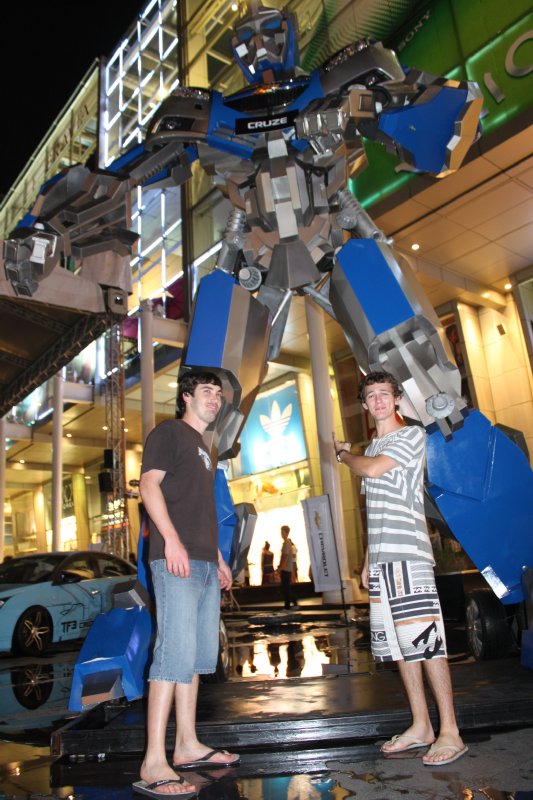 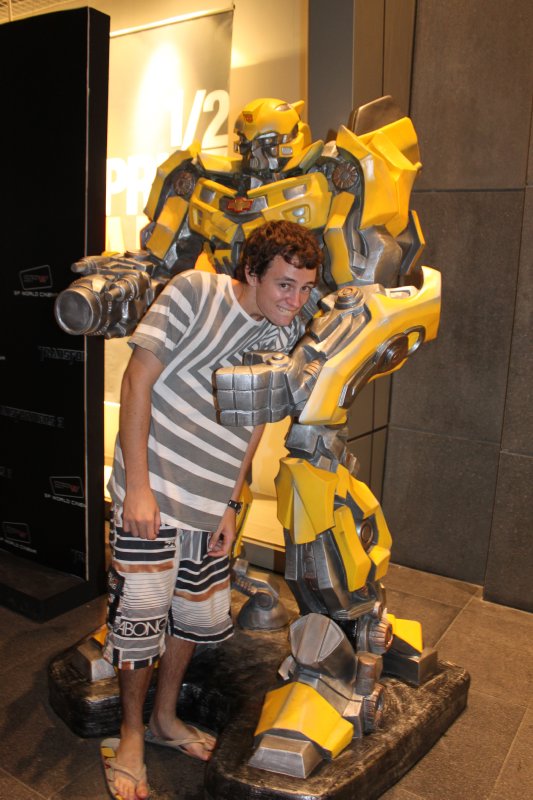 The next day Steven and Ellie headed off to Chiang Mi and Kirby and I had a few more days in Bangkok waiting for our Indian Visa to get processed. We were pretty bored waiting around, and had definitely had enough of Bangkok. In fact in the little book that I write notes down in to jog my memory for when I write these blogs has only one thing written for the next couple of days, ‘Kirby hair cut’; Pretty exciting event, turned out alright as well. Kirby also checked out the Chatuchak market which she informs me was very good and a must-do in Bangkok, although at the time I was feeling less than ordinary and spent the day in bed booking flights to India. 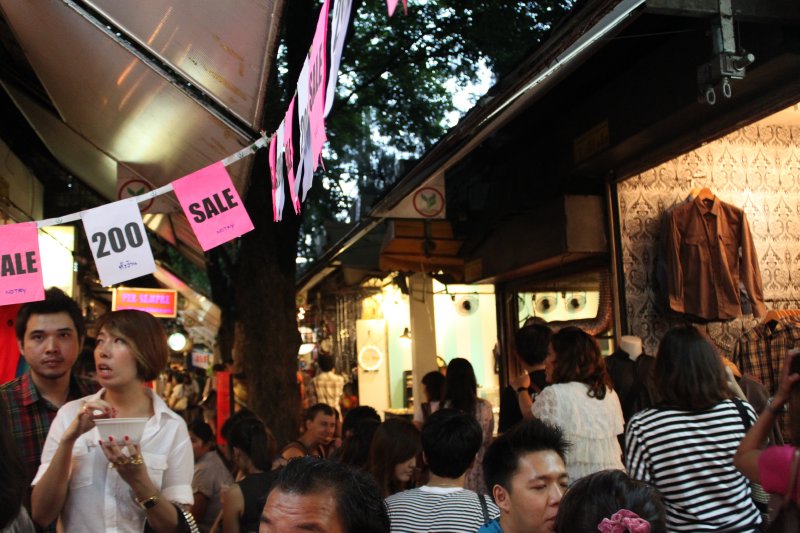 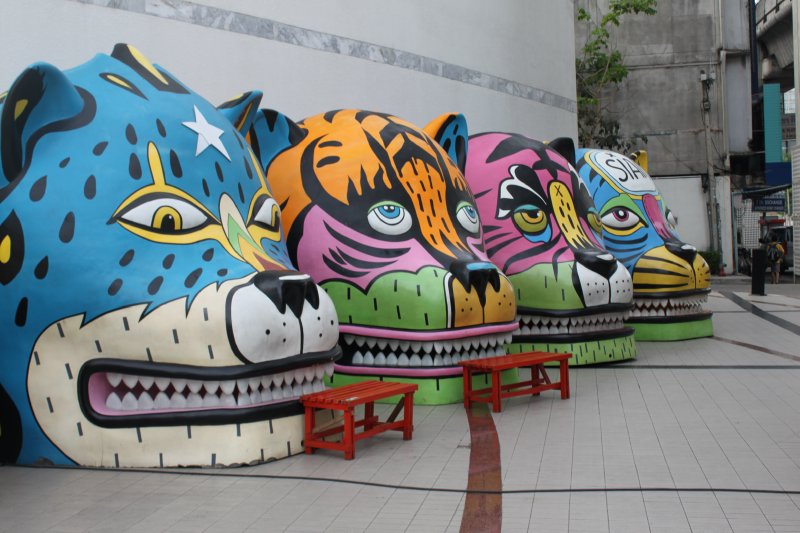 ^^ We also checked out the Bangkok Art Centre 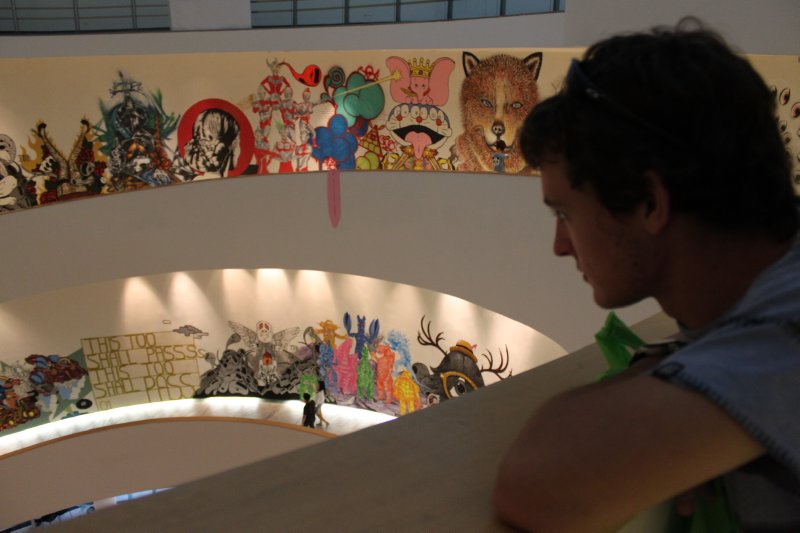 Anyway, on the 3rd we thought it was Monday and checked out of our hotel to make our way to the Indian Embassy to get our passports and head to the train station to get the hell out of Bangkok. Unfortunately somehow we had made a major error and in fact the 3rd was Sunday! So looking like dickheads we headed back to our hotel and checked back in for another night! What an amateur mistake haha

. We saw some fighting on TV over the election but luckily it wasn’t near us.

On the 4th we finally knew 100% that it was Monday and we once again checked out and headed off to the Indian Embassy. Kirby’s visa was ready to be picked up but apparently my passport was still with the consulate and had yet to be delivered back to the Embassy. What a joke, we sat around the whole time it was open hoping that my passport would arrive and by some miracle 1 minute before they closed my passport waltz through the door in the arms of a courier boy. YAY. So we can escape Bangkok! 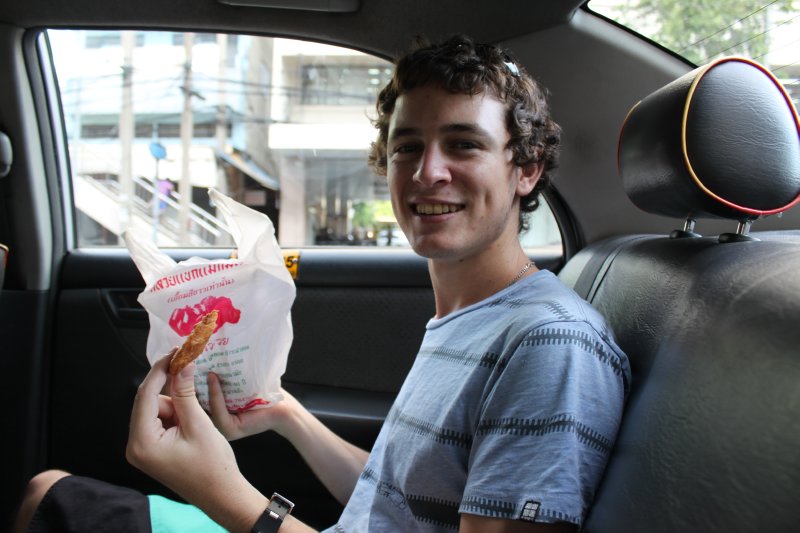 We went and got a taxi to the train station but the taxi driver was muttering something incoherent in Thai and saying ‘MRT’ over and over. We finally realised when we hit a traffic jam as far as the eye could see that ‘MRT’ is the Bangkok subway system. So we said goodbye to our helpful taxi driver and headed underground. The train was quick and painless and before we knew it we were standing at the ticket desk trying to buy something that went in the direction of Phuket. All of the air-con sleepers were sold out so we had to rough it with the locals (450 baht p/p) overnight. It wouldn’t have been so bad had our carriages broken fan just not worked instead of clunking tirelessly all night, hoping to complete its percolating rotation sooo bad it just wouldn’t die, unlike our thoughts of sleep. 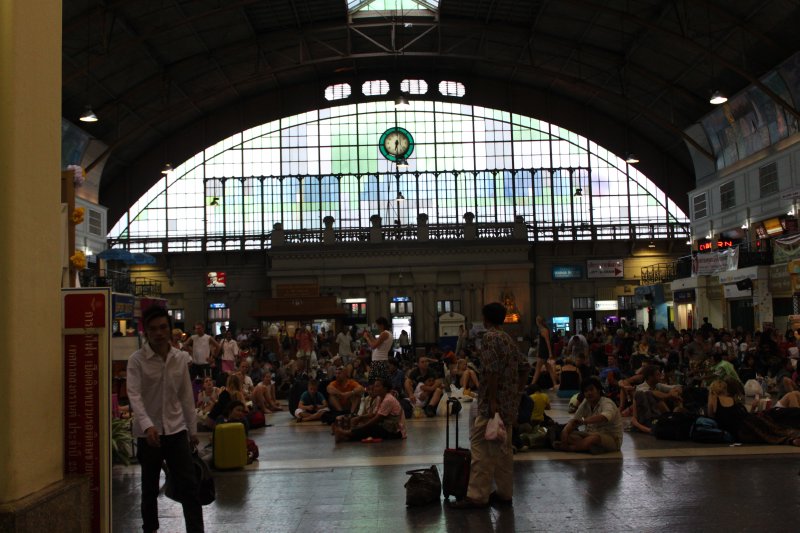 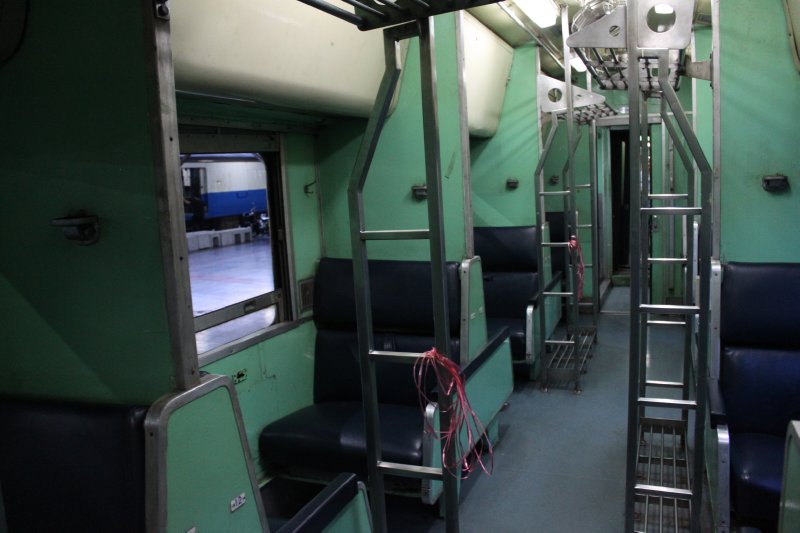 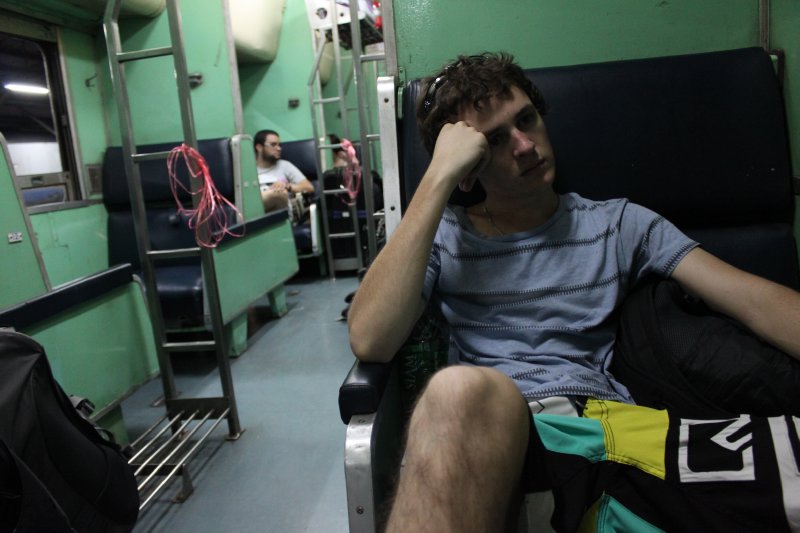 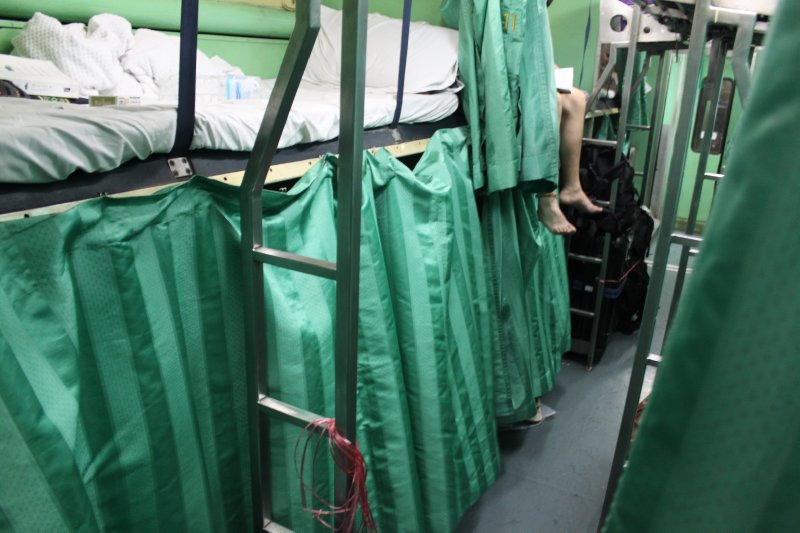 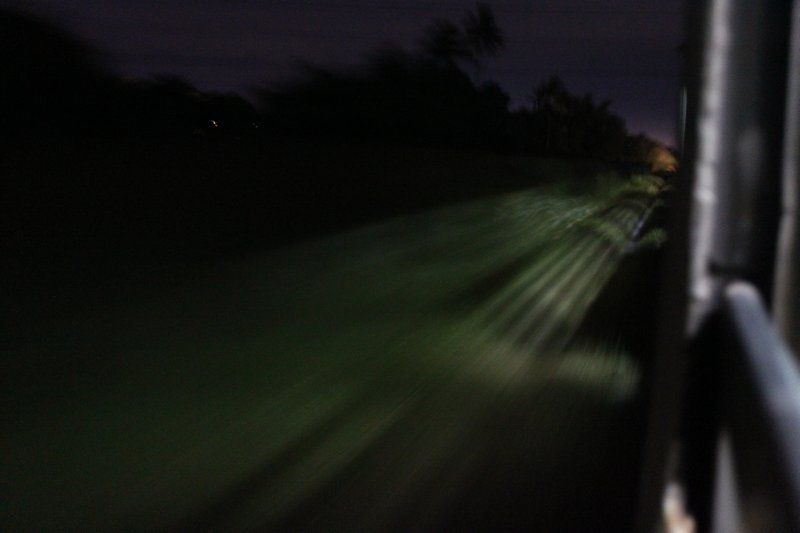 Oh well so on the 5th we made it as far south as the train goes and caught a 4 hour bus (220 baht p/p) to Patong Beach. The bus drivers however were arseholes and decided that in the middle of nowhere they would pull over and demand another 150 baht each to continue. I was really dirty at those bastards robbing another $10 out of us, but oh well we eventually made it to Patong Beach and found a guesthouse called Vech Guesthouse with rooms for $10 – good value. We then arranged a tour to Phi Phi Island for tomorrow. Hopefully the weather is good, as some relaxing is in order after our dodgy journey from Bangkok.