As Ellie and Steven fulfilled their tarzanic dreams at the Tiger Temple, Kirby and I just chilled out (at an Indian restaurant with free wi-fi) researching some of the other fun things to do in Bangkok; namely the Sky Tower, and the (world?) famous ‘ping pong’ show – more on that later.

When they finally got back it was already dark and we decided to head straight out to the Baiyoke Sky Tower. Proudly sitting somewhere in the top however many tallest buildings in the world the Baiyoke Sky Tower offered us breathtaking views and a great start to the night. We chilled out on the 83rd floor, enjoying the revolving platform and complementary free drinks (martini for me – how regal!) and popcorn. The atmosphere was equally as awesome as the view and I would definitely have liked to have spent a night drinking up there, but we had other things to do. The next stop was the raging, no rules, hyper-sexual, sweaty district of Pat Pong. 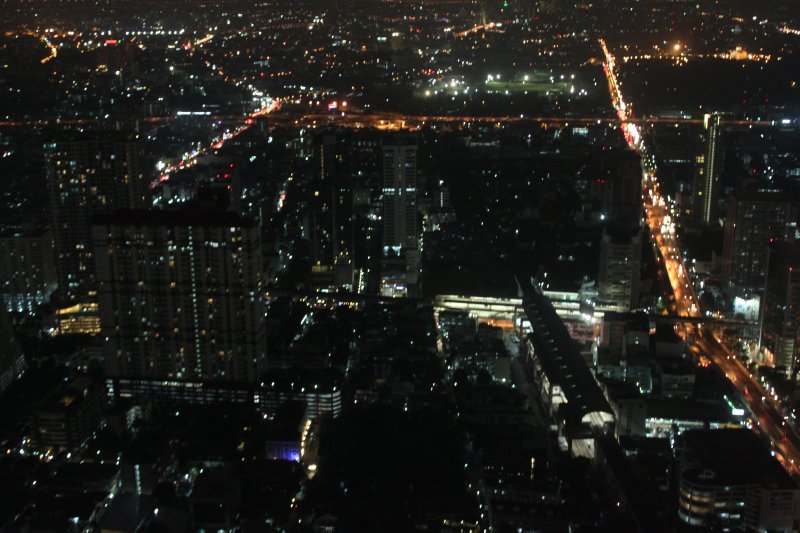 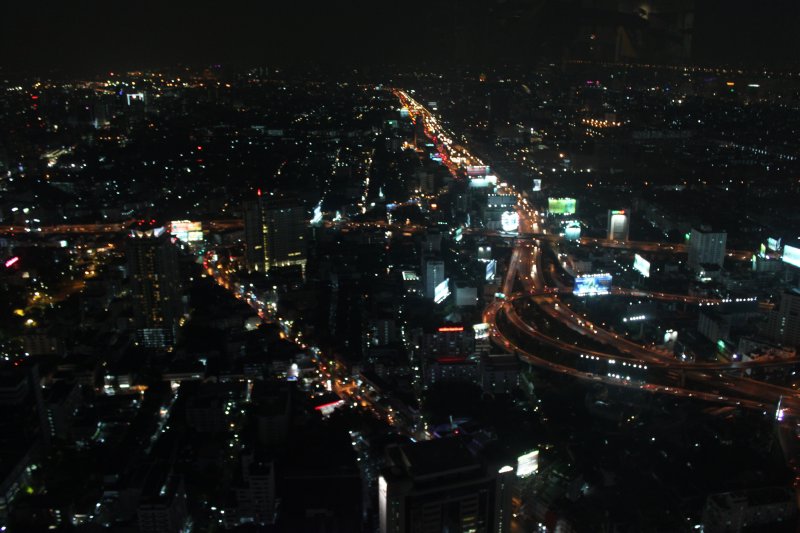 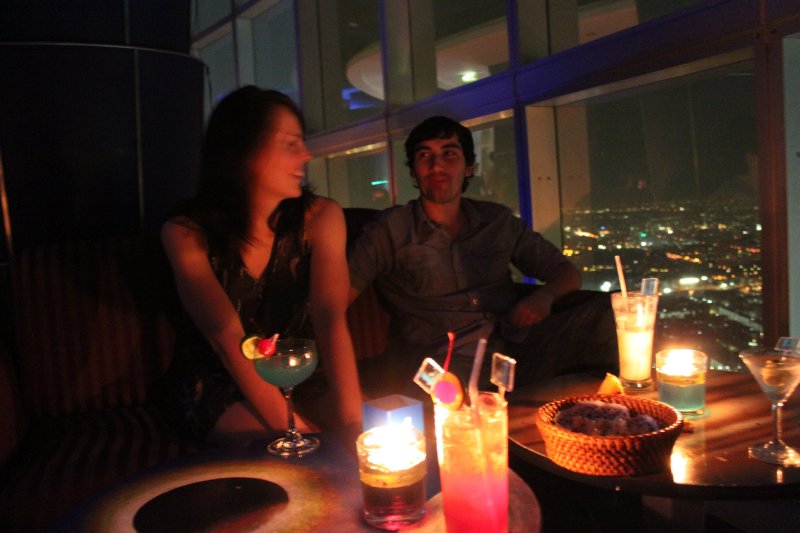 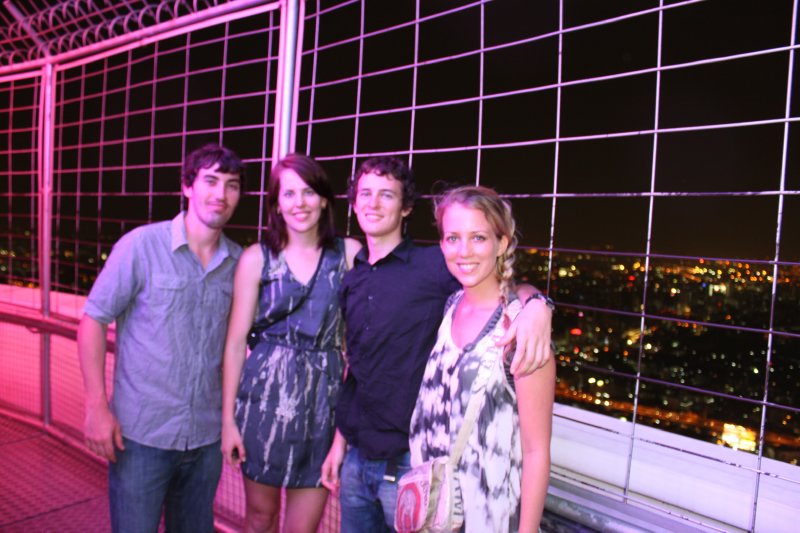 ^^ Hanging out on the rotating observation platform 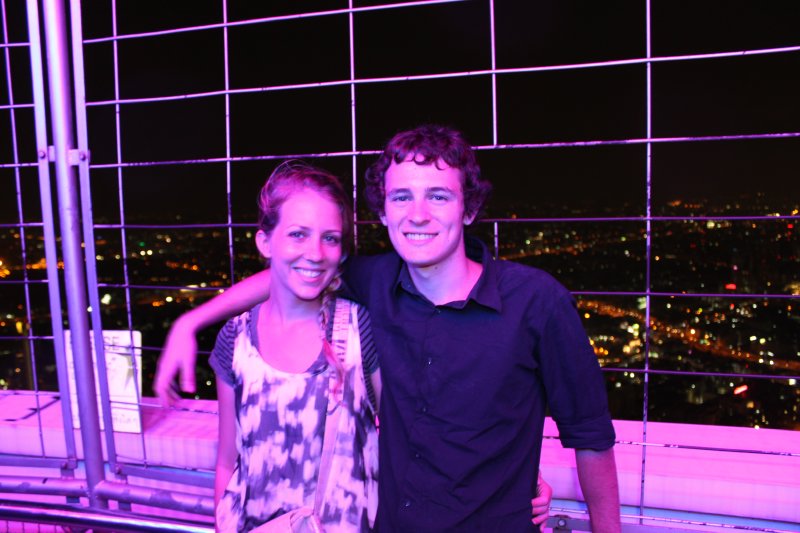 . In all seriousness though the dinner was pretty good, even if it was in a raging gay bar! We didn’t realise it was a gay bar straight (pun?) away though until we had ordered food and drinks and noticed that all the staff were young boys and the patrons large older men haha

ah good times! It sunk in when the toilets had no doors and the four condom machines only sold extra-large – something I still don’t understand, but oh well, not all things are meant to be understood. Anyway, we ended up drinking here for too long and before we knew it was 1:15am, and everything shuts at 2:00am. We still hadn’t seen a ‘ping pong’ show!

I did a lot of research during the day on how to avoid rip-offs at these sorts of establishments. Apparently it is not uncommon for foreigners to fall into the trap of hidden costs. For example, the rum and coke costs 100 baht, you sit down at a table with your drink, watch the show, go to the toilet and when it’s time to leave your bill is not 100 baht but 2,000 baht. Hidden costs I tell you! The drink is 100, the seat you sit in is 300, the table you put your drink on is 300, the show is 700, the toilet use is 600, and wallah your rum and coke has seemingly turned into 2,000 baht. With refusals to pay met with the burly tree trunk arms of the steroid-fiend bouncers rearranging your face. Long story short, I had found on the net a group of these establishments that fly the banner ‘King’s Group’ and apparently they are the least likely to stooge you in this manner. So we walked down the street to Queen’s Palace club and payed the 300 baht entry per person, received our complimentary drink and opened our minds to the possibilities. 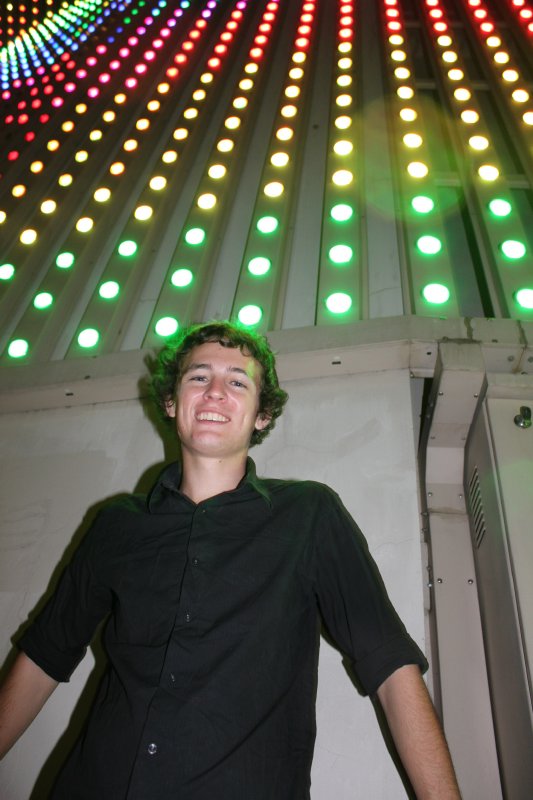 Ma and other readers who wish to keep me innocent and pure in your mind’s eye should skip the next paragraph because what we saw and what I’m about to describe is not what normal people should know/have seen.

Humans are a fascinating and wonderful creature. The fact that we are only using a tiny percentage of our brains power is an amazing and intriguing circumstance, but did you know that the same could be said about the female body. I witnessed a woman smoke a cigarette, blow out a candle, shoot darts several meters, extract five razors, remove a five meter string of fake flowers, shoot a banana, write my name, open a beer bottle, and shoot a ping pong ball…. with her lady parts! All the while receiving a shoulder massage by a topless woman older than my mother…..ah the cringes. In all seriousness though, these women deserve to be in the Guinness Book of Records for the shit they were doing to themselves. I hope to never again see a woman remove several razors from within herself, or shoot a dart out of her minge. Mind boggling, but definitely a once in a lifetime experience that once again only Bangkok can provide. 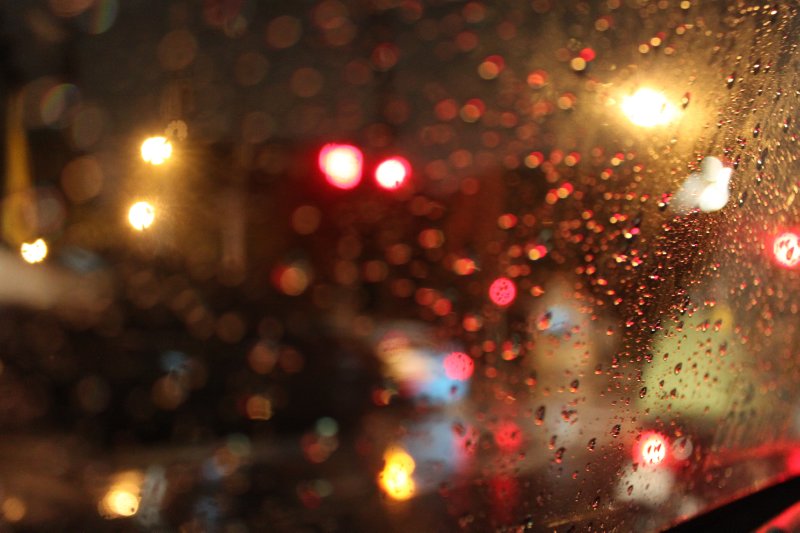 ^^ Bangkok night through the window of a taxi

So after that was all done and the clubs were all shutting down we decided to call it a night, have a well deserved shower, and sleep off the effects of a crazy day and once again, too much alcohol.