Entries about rip off

We arrived in Hanoi this morning around 5am and were greeted with the usual thousand taxi drivers swarming around the bus to take us into the city centre (about 15 minutes drive). We knew the drive should only cost around $3 and we told the taxi driver who was gunning for us that we weren’t stupid and we knew how much it should cost to which he replied with a nod and a smile, so we hopped in.
Twenty metres later the illegal taxi meter was already at $2 so we hopped out onto the busy streets to find a more reputable source of transport. It wasn’t long before we found a more legit taxi to take us the entire way for $3.
The morning was made worse as I was suffering diarrhoea for the first time this trip, although I thought I would get it much sooner than day 22 which is a good thing I guess

We were only spending the day in Hanoi before taking the overnight train to Sapa, so we decided to check out the Ho Chi Minh museum.

The museum was not what either of us expected. It was more a trippy, artist’s version of the national heroes life. It is hard to describe, there were bits of factual information describing important key events in Ho Chi Minh’s life which were accompanied by various forms of art, whether it be a painting or sculpture or whatever. It was pretty cool. The best bit was walking around the room that contained all of the messages and presents that various governments had sent Vietnam after they won the war against the West, some interesting countries sent gifts! 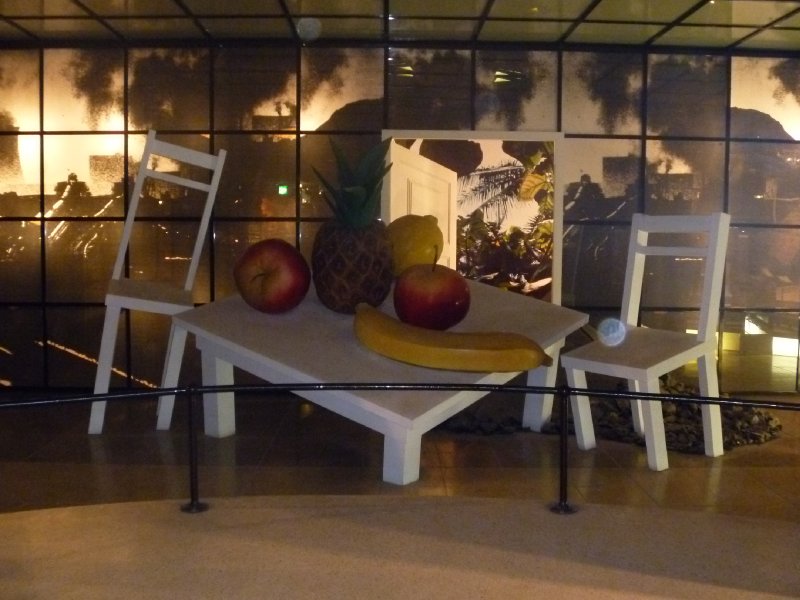 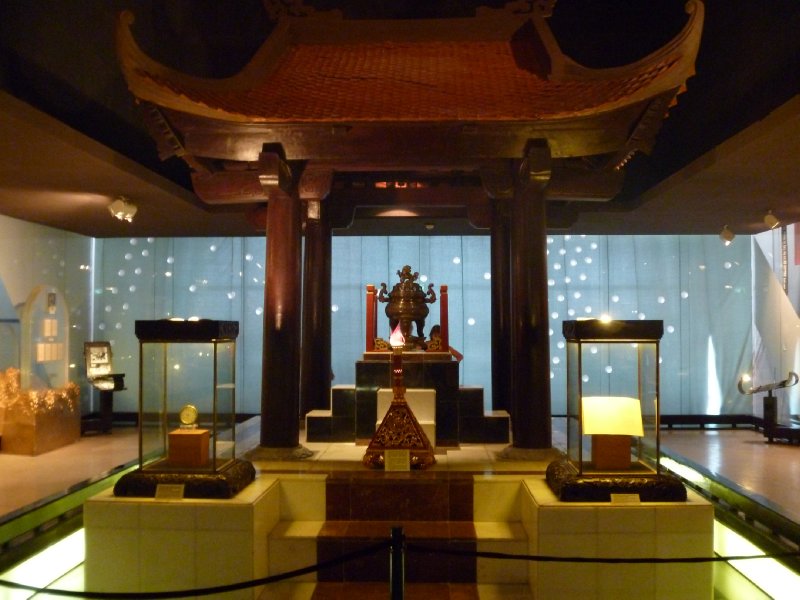 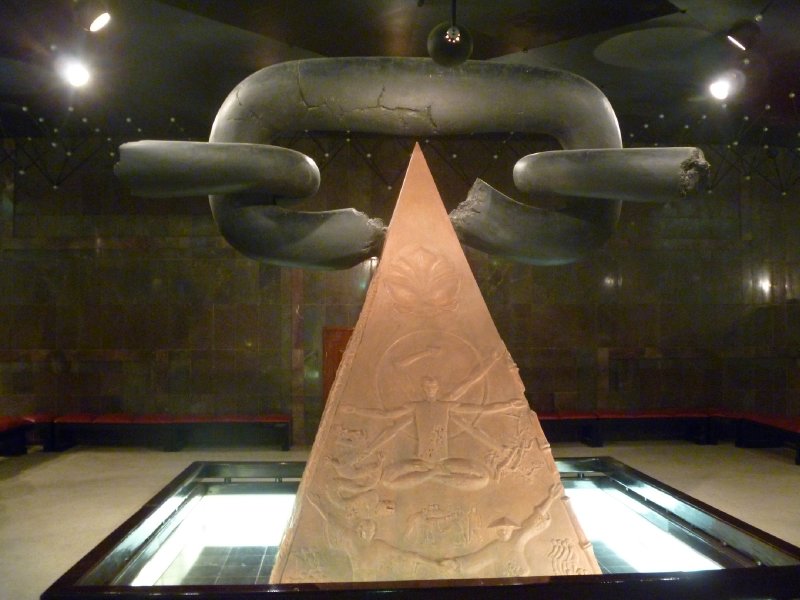 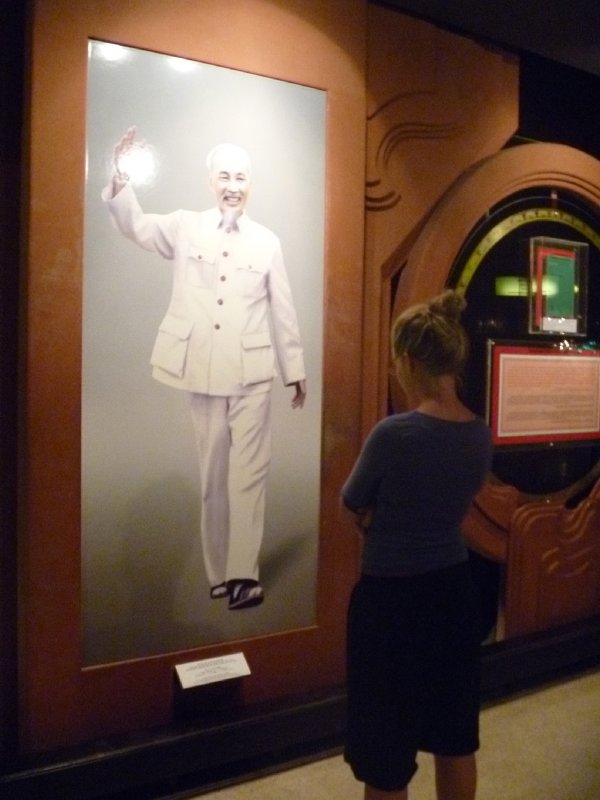 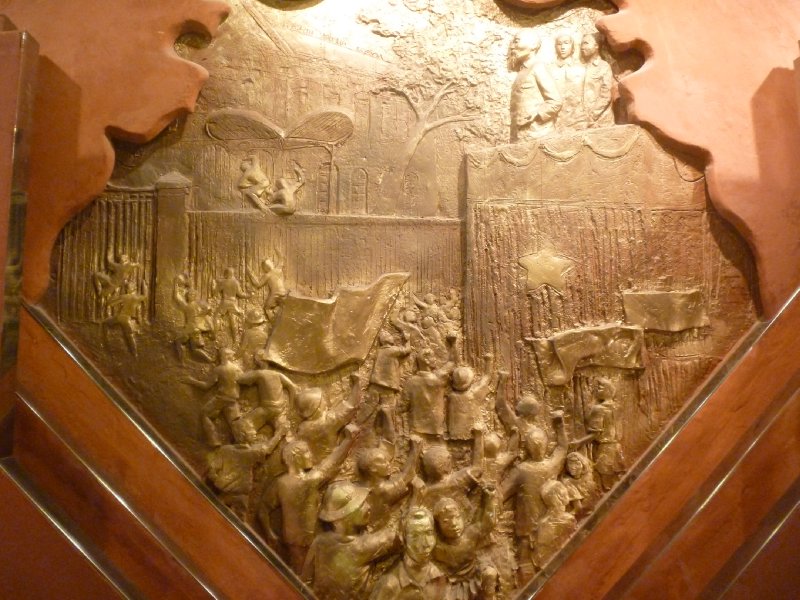 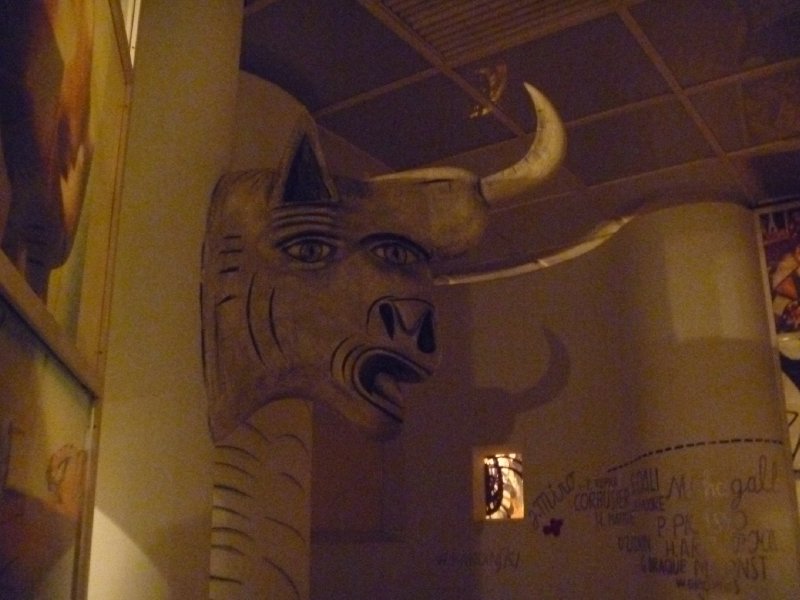 ^^ Beast in the museum

We also tried to visit the mausoleum to view Ho Chi Minh’s embalmed body, but unfortunately it was closed, although still well guarded!

Instead we headed off to Jade Island in the middle of Hoan Kiem Lake. The Ngoc Son Temple on the island is small but still beautiful and it holds the remains of an ancient 200kg, 6 feet long giant soft-shell turtle that was once thought to be extinct, although a month before we arrived they had been rediscovered in the lake! (Didn't take photos of it for some unknown reason...doh!) 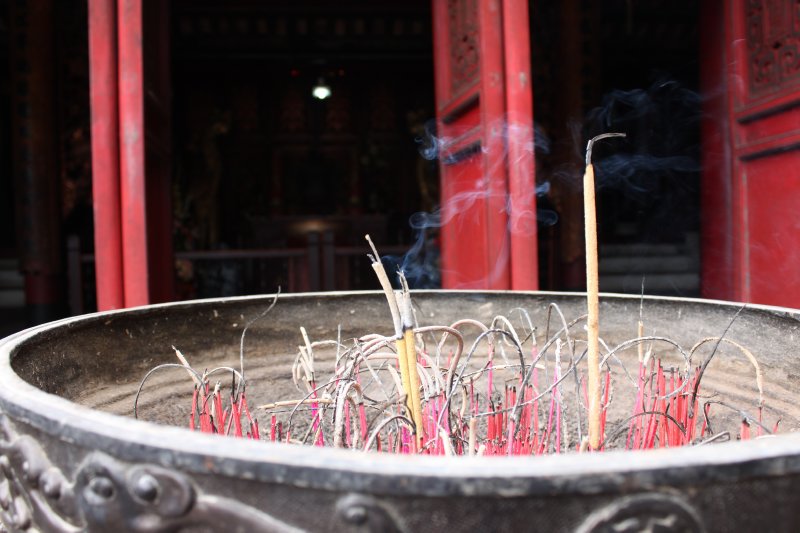 ^^ Burning incense at the temple 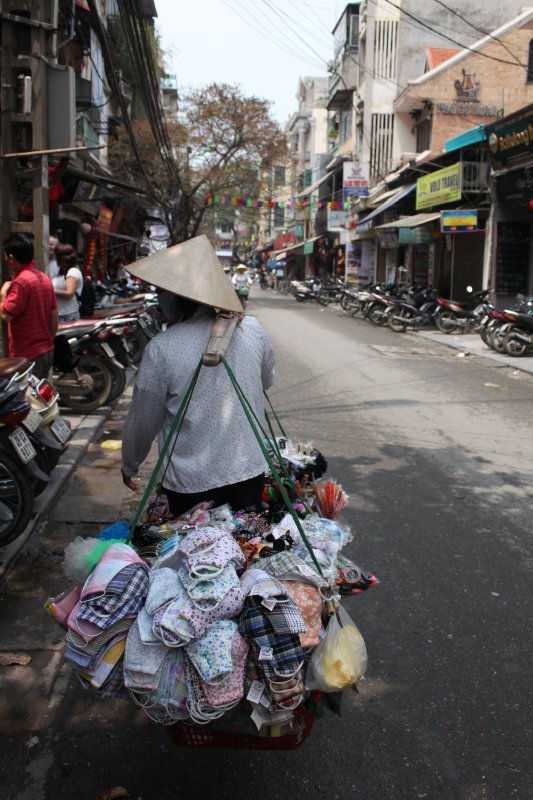 Before we knew it time was up and we had to head to the train station to catch our locomotive high up into the mountains of North West Vietnam to visit the tribal peoples who call Sapa home.