My Son & Last Night in Hoi An

The Kingdom of My Son is remnants of the ancient Cham civilisation that called this area of Vietnam home between the 2nd and 15th centuries. Although their ancient cities are now abandoned the descendants still live in Vietnam and we even met some of these friendly people during our time in the Mekong.

My Son was an establishment dedicated to intense religious study and was also the site where Cham Kings were crowned and buried. Monks were the only people allowed to permanently dwell in the actual city, although villagers from the nearby communities could visit freely. 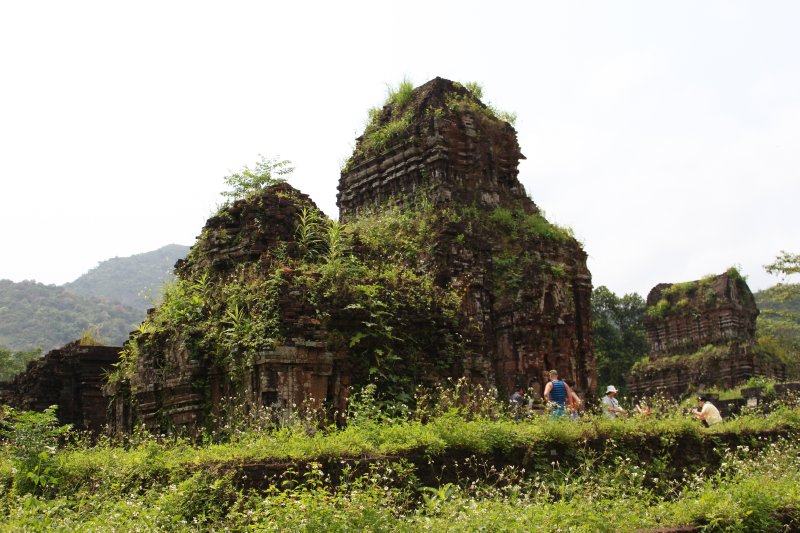 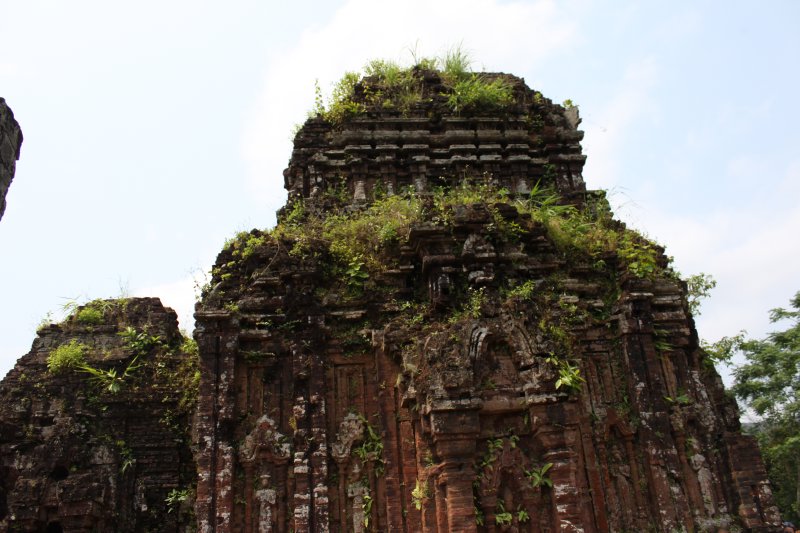 It feels pretty special, maybe even spiritual to be visiting a site with such a rich history and culture attached, unfortunately though that feeling is quickly extinguished when you are but one in a crowd of hundreds of tourists with their hungry cameras and sweaty bodies clambering around you to get a good position to hear the guide recite his daily facts that he so noticeably finds monotonous. Although maybe I’m just disappointed I couldn’t explore uncharted ruins like Indiana Jones. Apart from the sea of tourists it really is beautiful. 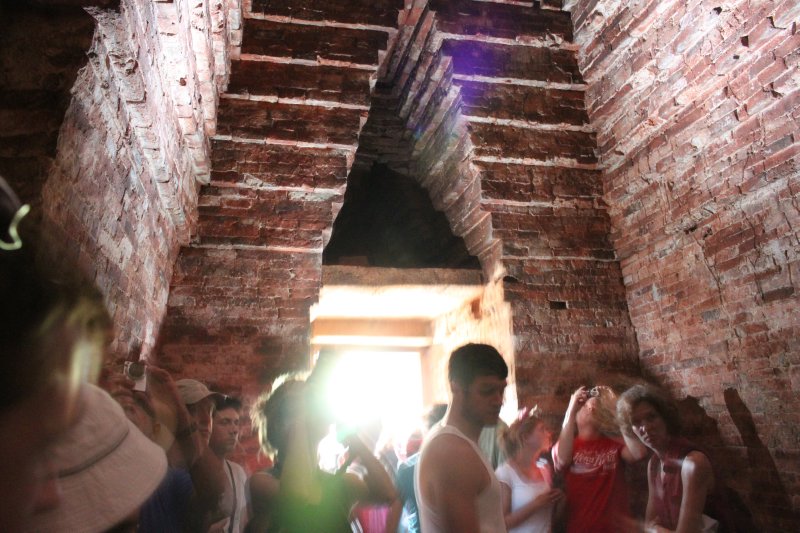 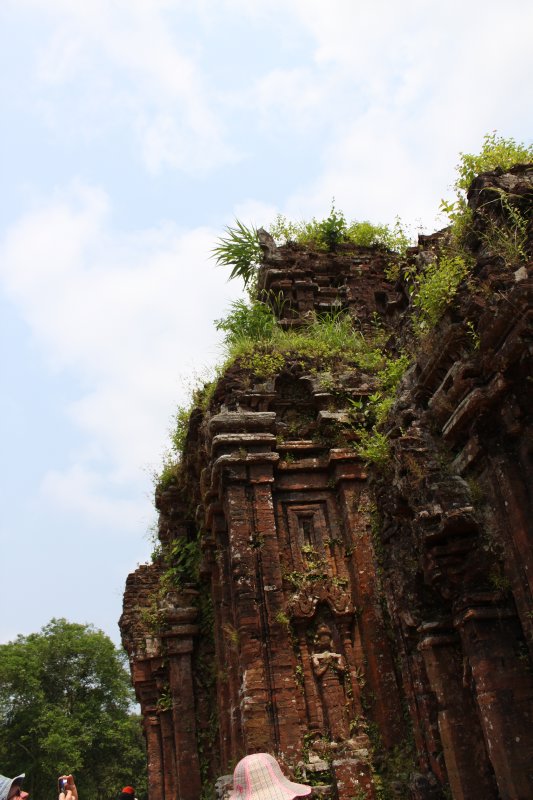 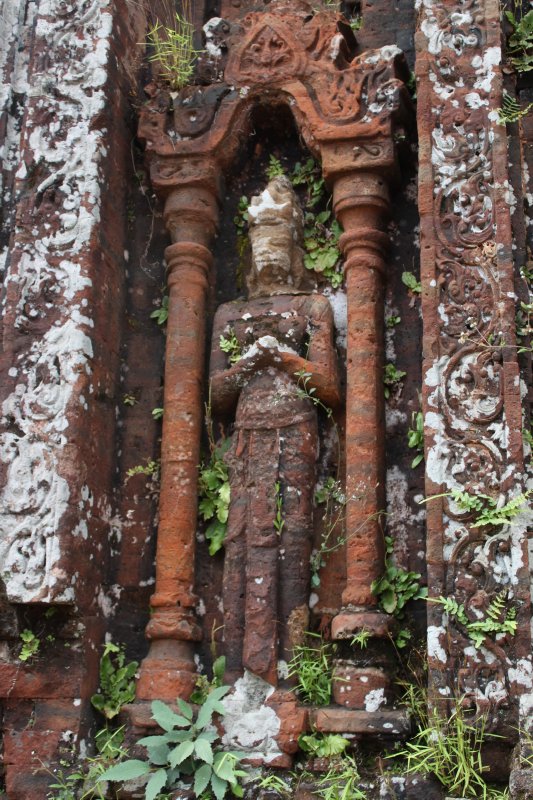 Unfortunately, like most things in Vietnam, it was also an adopted field-headquarters for the Viet Cong and consequently the Americans sent in the B52’s. About 90% of the ruins were turned into craters and those that remained are undergoing delicate restoration. 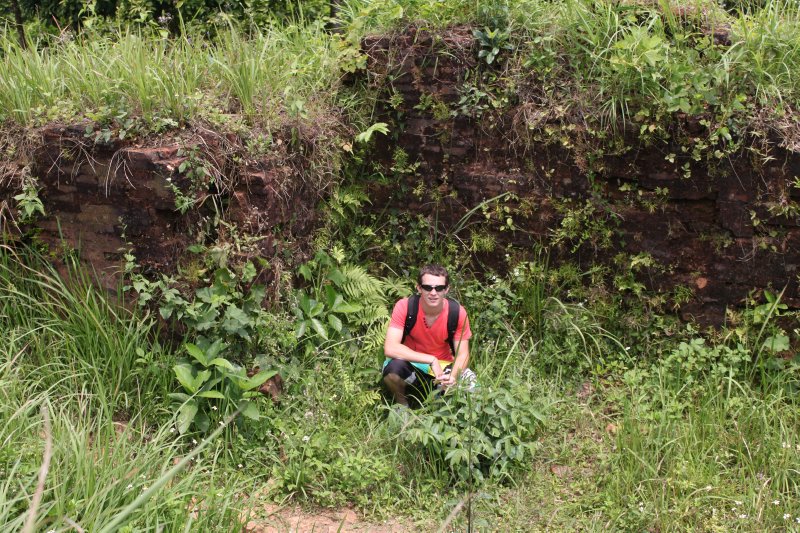 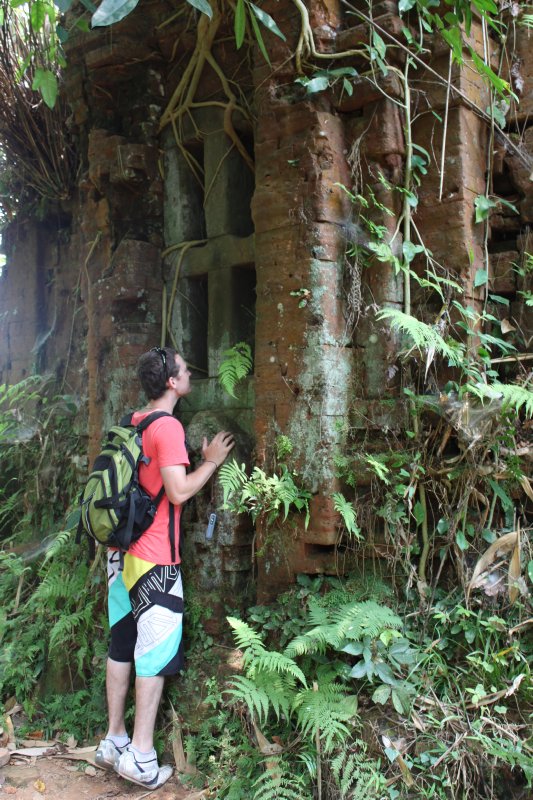 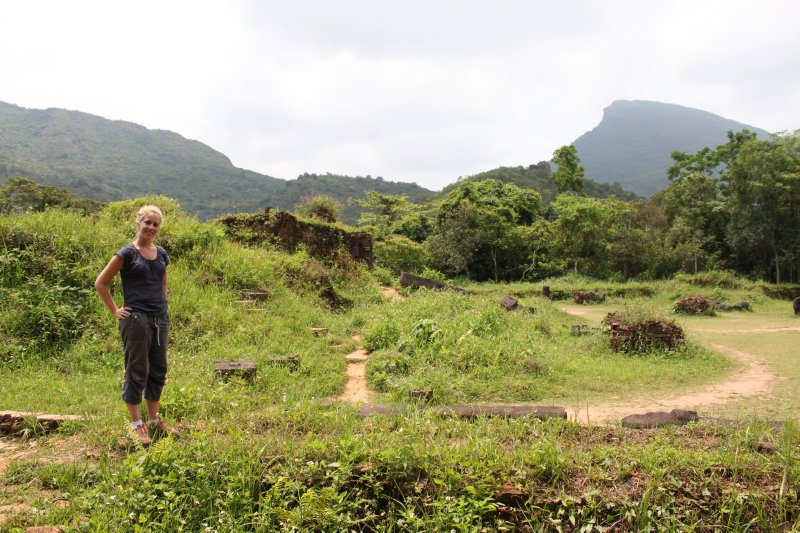 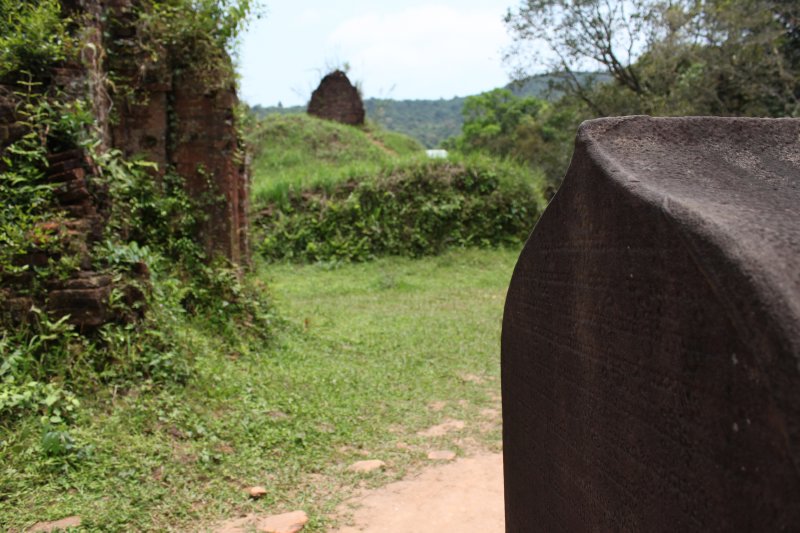 I would still definitely recommend visiting My Son as the feeling of being inside an area that was once teeming with ancient culture is still very much in the air around you, albeit competing with the body-odour of the abundant tourists.

That afternoon we visited the market in Hoi An and just chilled out on the river front, hopping from bar to bar all evening. 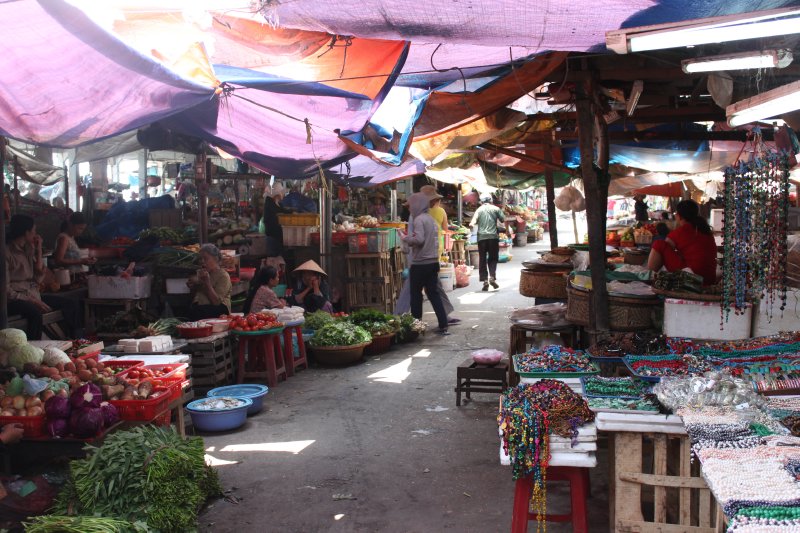 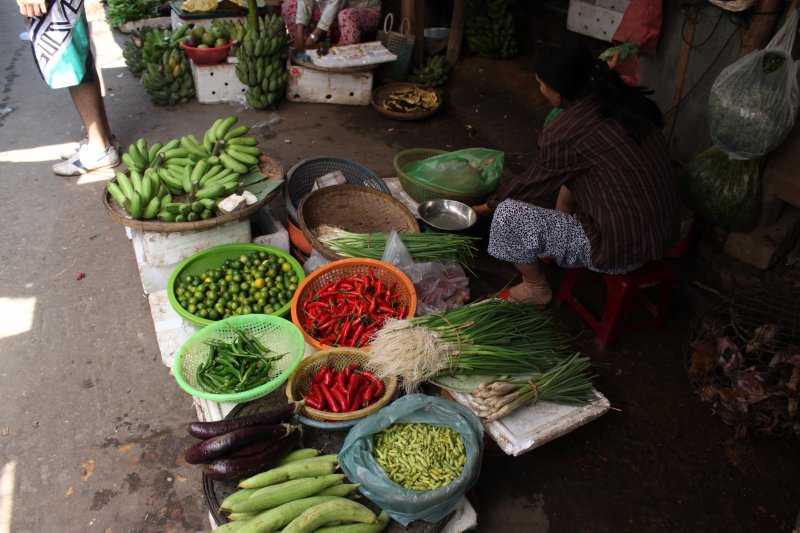 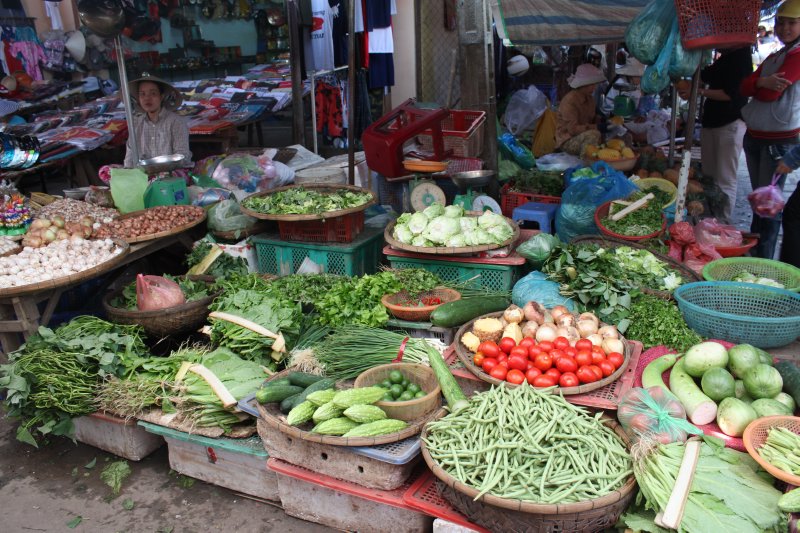 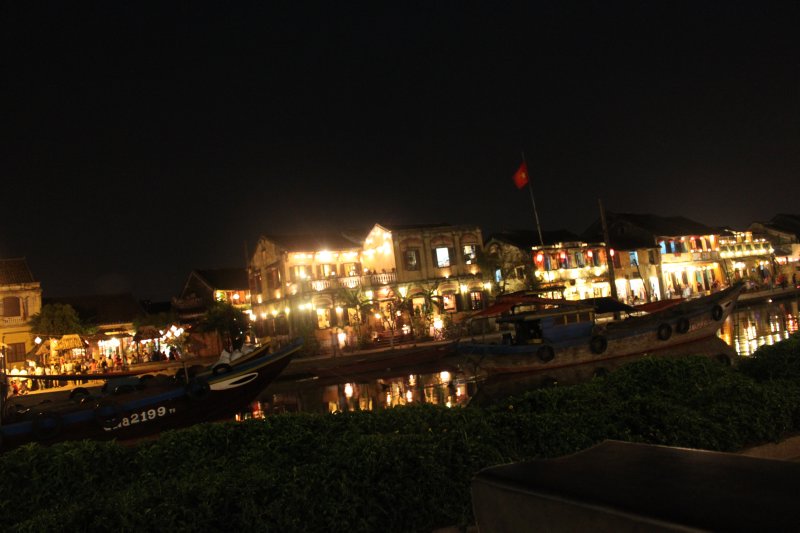 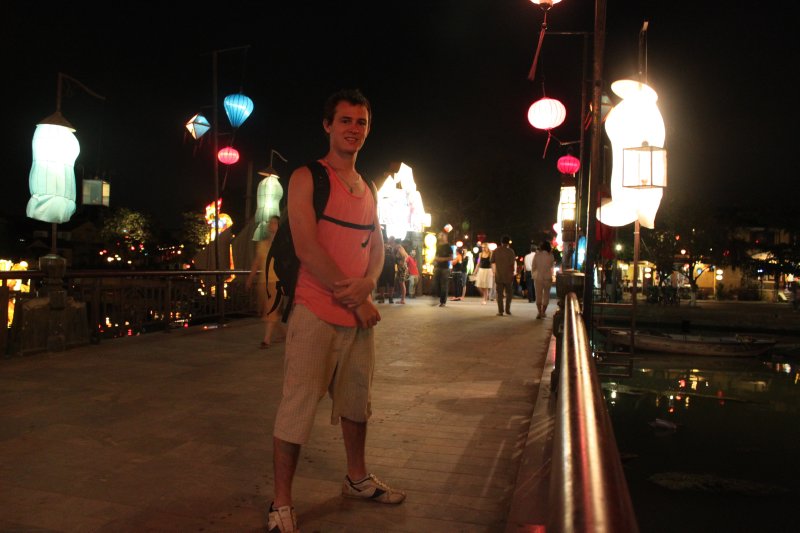 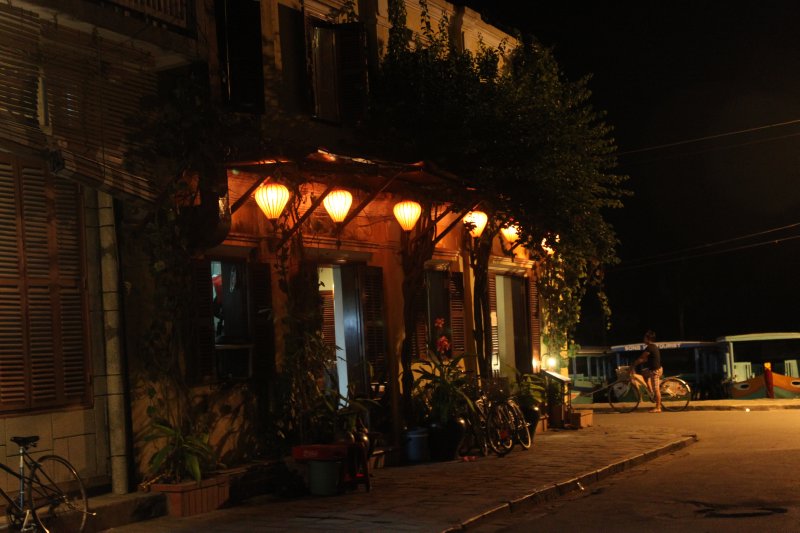 At one point a local woman selling various roasted nuts and banana approached us. She was full of complements; exclaiming how handsome I was, and how beautiful Kirby’s eyes were, suffice to say we ‘fell’ for her and ended up buying some of her banana, for which she was quite happy as it was her first sale for the night.
About half an hour later she returned with a grin that stretched from ear to ear. She had returned to thank us and shake our hands as apparently we were good luck for her and just down the road she sold 10 packets of peanuts, 5 bottles of tiger balm, and a few packets of bananas. She was so pleased with her sales and thankful for the luck we had bestowed upon her that she wrote down her address and invited us to her house for dinner tomorrow night with her family. A really kind gesture, unfortunately this was our last night in Hoi An before we head to Hue, so we couldn’t have dinner with her

Tomorrow we set our sights to conquering the ancient imperial capital of Vietnam, Hue.