Nha Trang offered us a place to relax and unwind. It sounds weird, unwinding on a holiday? Doesn’t really make sense to me either but there is something about constantly doing tours and sight-seeing that is tiring. We definitely needed a ‘veg-out’ session and what better place than on the beach lounging around sipping cocktails by the pool. 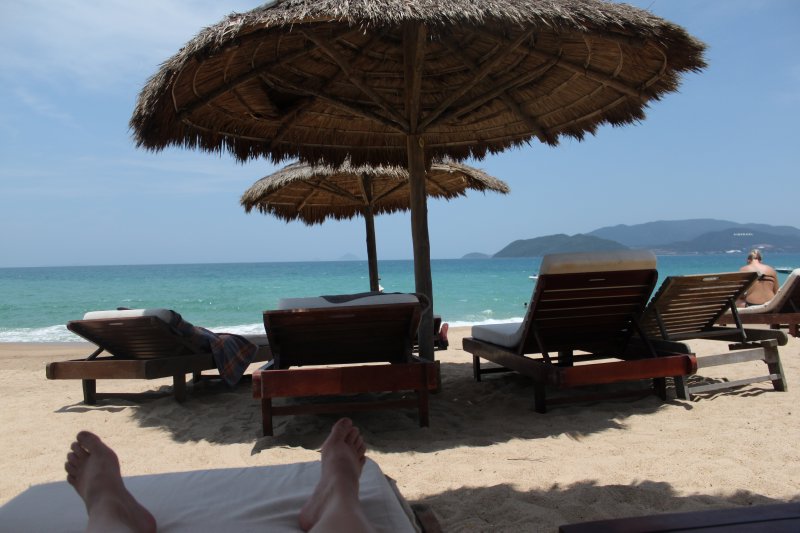 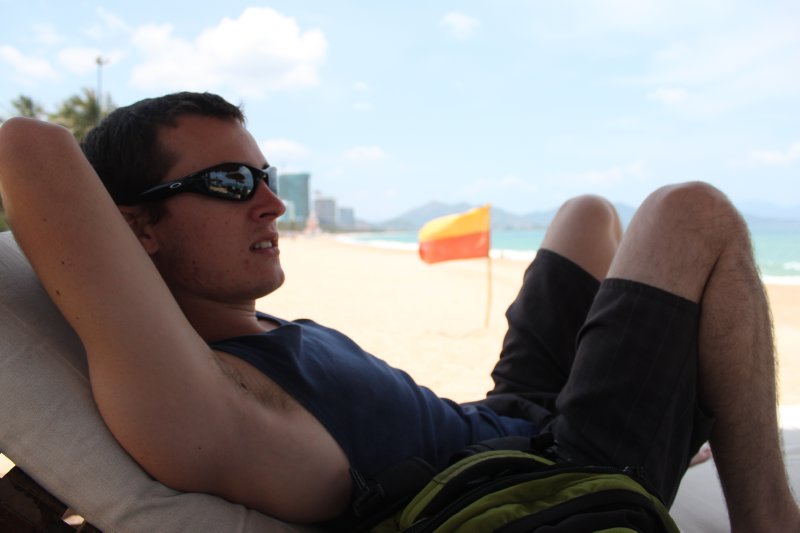 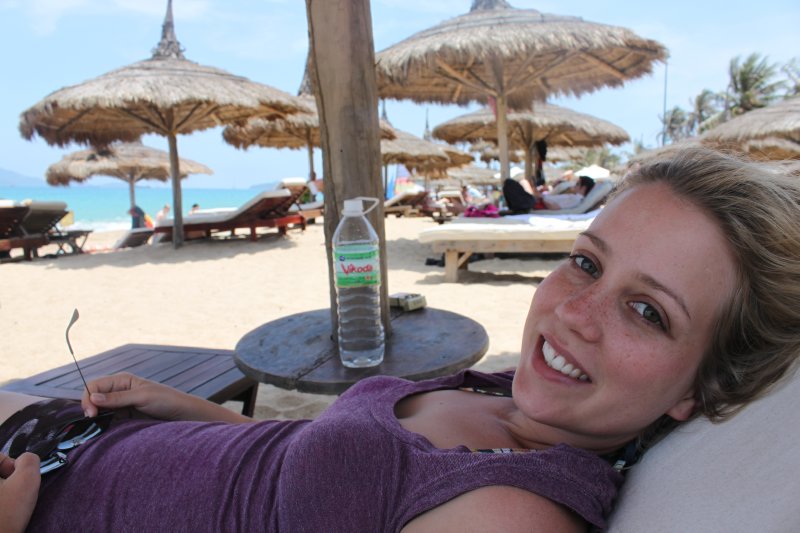 Literally all we have done for 4 days is sit around drinking and chilling out. The first day in Nha Trang we found a really nice beach front bar called Louisiane Brewhouse with a pool and luxurious mattress clad lounge chairs on the sand. We just sat around drinking $4 cocktails until we were hungry and then we feasted and then we drank more cocktails and the cycle continues. At night we would head up to a few bars/night clubs and enjoy the atmosphere.

In Nha Trang we also discovered the $5 vodka. We were initially drinking $4 cocktails until we realised that you can buy a 700ml bottle of 40% vodka for $5!!! So that kept us occupied for a while 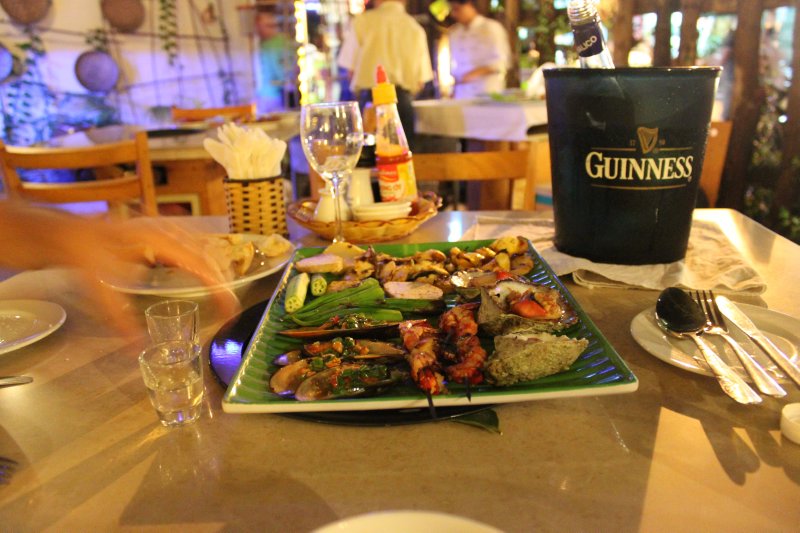 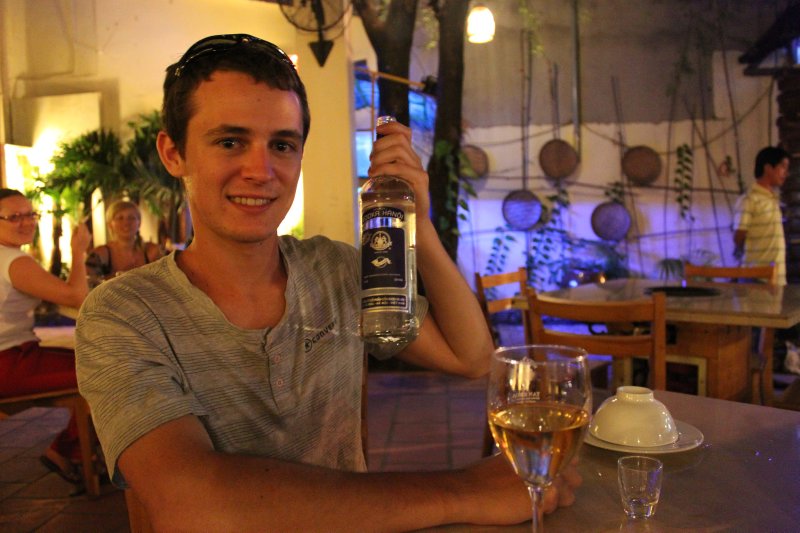 On the third day we decided we should do something so we headed off to the Thap Ba mud baths and hot springs. Pretty cool, it involved more sitting and relaxing…

That night at one of the bars we met a cool guy; I’m almost certain his name was Killy, but I could be wrong, anyway we just played Jenga and hung out with the coconut, apple, and mint shisha. 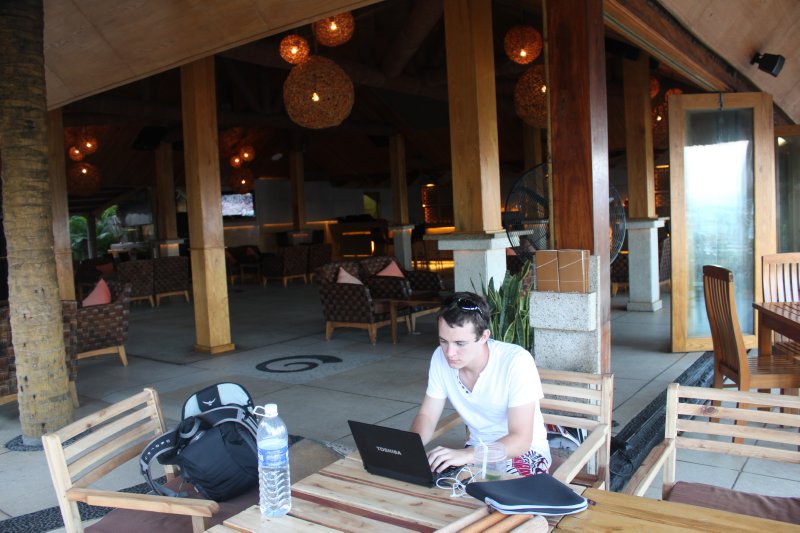 ^^ Keeping up with times 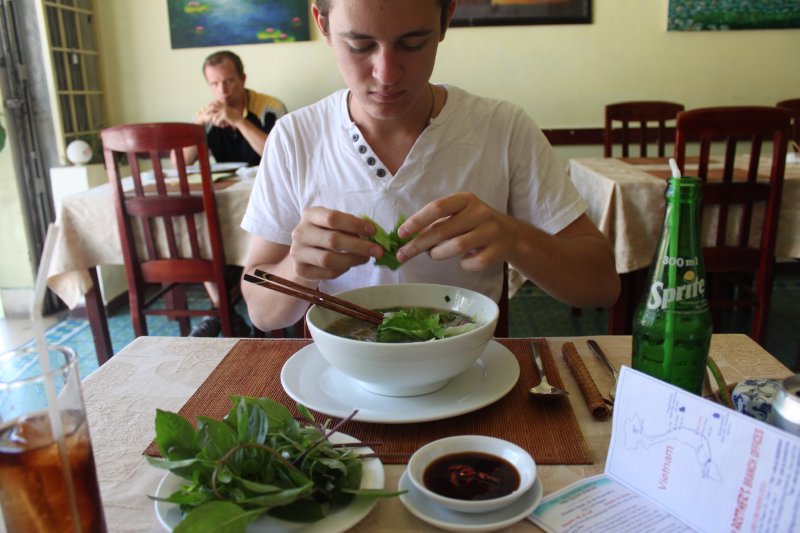 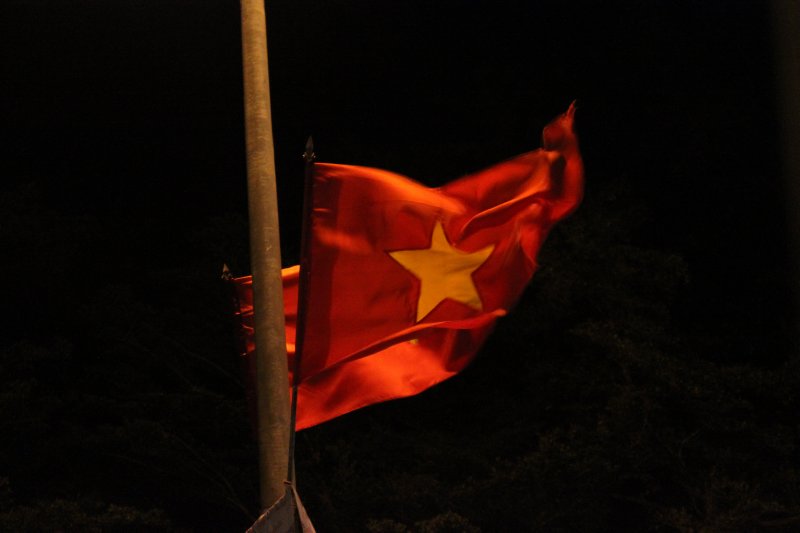 So now it’s the fourth day and we are recharged and ready to get back to the tourist trail. We booked a sleeping bus to Hoi An. Fingers crossed Hoi An will offer you a more exciting blog as we get back on track.